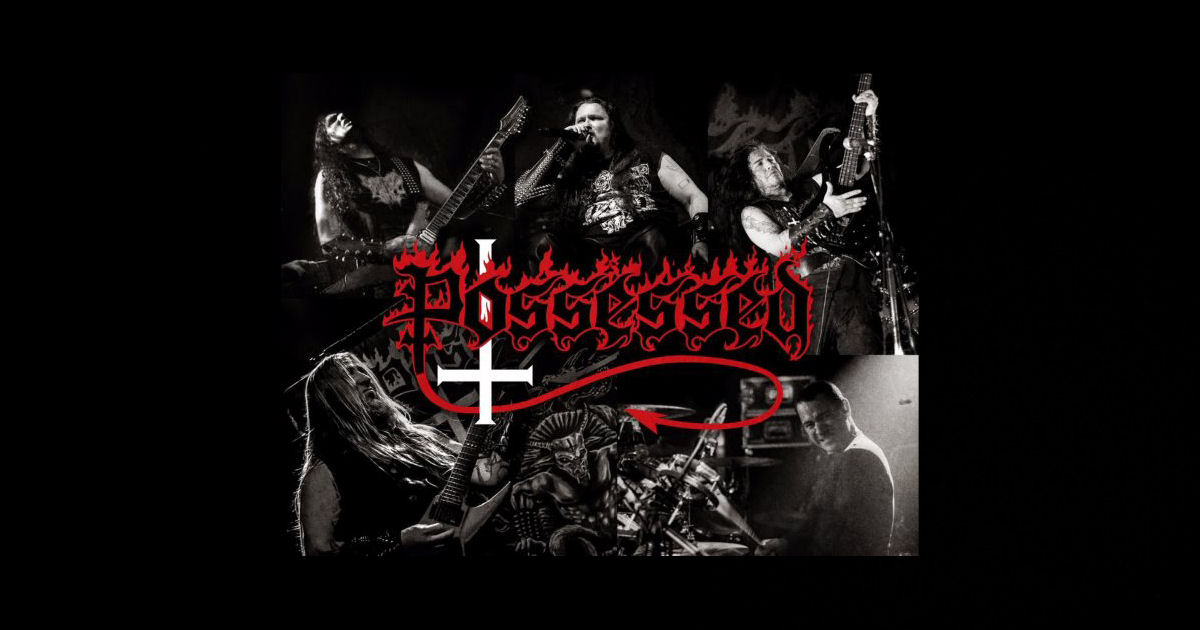 Death Metal wasn’t a reality in 1983 when the band Possessed first formed and started kicking butt.  Their sound was so new and brave, fans and critics had to come up with a new name for their genre. That’s how Death Metal, two words used as the title of their first demo, arose.

Fast forward to January 11th, 2019: after many years and many difficulties, now that Metal and its sub-genres have the attention of a numerous and loyal tribe, the band is back to play a legendary show at one of the most legendary venues in California, the infamous Whisky-a-go-go.

To get ready for this exciting event, let’s go back in time again and have a recap of the incredible story behind Possessed.

The band developed in San Francisco, its original members being all high school students.  The formation changed substantially and repeatedly, but one of its original members, vocalist and bass player Jeff Becerra, is still part of the game.  The band has worked on its different, bold sound since its very beginning, creating an invaluable legacy for future musicians belonging to that genre.  Despite their young age, talent and the bright career they seemed to have ahead of them, the formation of the band coincided with the happening of a tragedy.  Former vocalist Barry Fisk, still a teenager, killed himself with a gunshot in that very 1983.  A gunshot would haunt the band again when Becerra, during a robbery, lost the use of his body from the chest down, in 1989.

As these stories suggest, Possessed has a lot to teach us all in terms of courage and resilience.

Despite the tragedies putting some darkness on their project, the band managed to achieve a lot throughout the Eighties, sharing the stage with other incredible bands (such as Slayer) and collaborating with great musicians (such as Joe Satriani).  Possessed released two albums: Seven Churches, in 1985, and Beyond The Gates, the year after.  Seven Churches opens with a memorable citation to Mike Oldfield’s Tubular Bells, the theme to the movie The Exorcist, also the title of the opening track of the album.  The themes expressed in the 1985 songs were so disturbing that even the band manager Debbie Abono had some doubts about them.  However, many famous musicians in the Metal scene (including Ronnie James Dio) recognized Seven Churches as the first Death Metal album, demonstrating the incredible legacy this Californian band has had since its very beginning.

In 2007 the band was back, with Jeff Becerra boldly performing in a wheelchair at Wacken Open Air Festival. Ten years after, the band signed a brand new deal with Nuclear Blast Records and it is now expected to release a new album, the first one in thirty-three years. This fact marks the resurgence of a great band.  The inspiring story of Possessed, among the first artists to openly write about Satanism and to create a new Metal sub-genre, has had an influence on many contemporary bands.  It has certainly inspired Cleopatra Recording artists Luna 13, who will be supporting Possessed at the Whisky-a-go-go show. 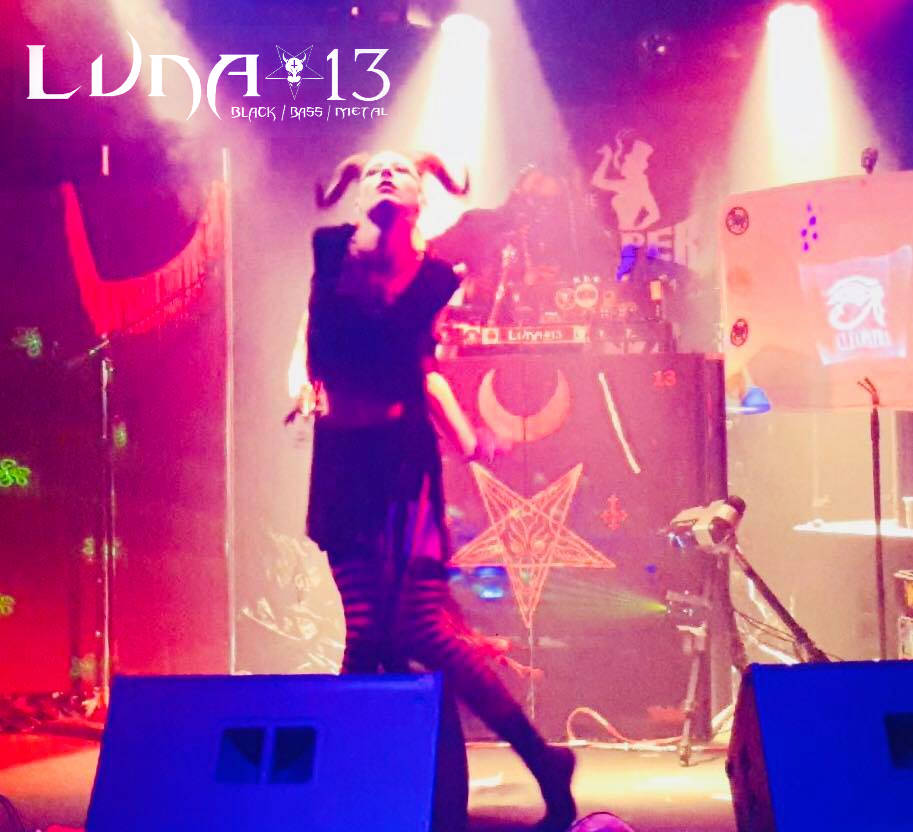 “I am personally so honored to play with them. Luna 13 is Black Metal/Bass Music but I was a Death Metal bass player that simply became exhausted playing with bands. I saw an opening in the electronic scene for a highly satanic blend of EDM and Black Metal and went for it. Luna 13 signed to Cleopatra Records within 48 hours of shopping our first demo. You have no idea how influential Possessed has been in my life. We are happy to saturate the EDM scene with sounds influenced by them,” said Luna 13 creator Dr. Luna.

The up-and-coming Californian duo has inherited a lot of courage from their heroes Possessed, being the first artists to blend Death Metal with EDM creating the tag Black/Bass/Metal.  With Luna 13 joining the “father” of Death Metal, Jeff Becerra and his band, the show will be an incredible experience for both older and younger fans of the genre.  Metal fans will also have to opportunity to have a listen to Luna 13’s experimental approach to Death Metal. We’re sure they won’t be disappointed as Luna 13 has already been considered one of the darkest music projects out there. 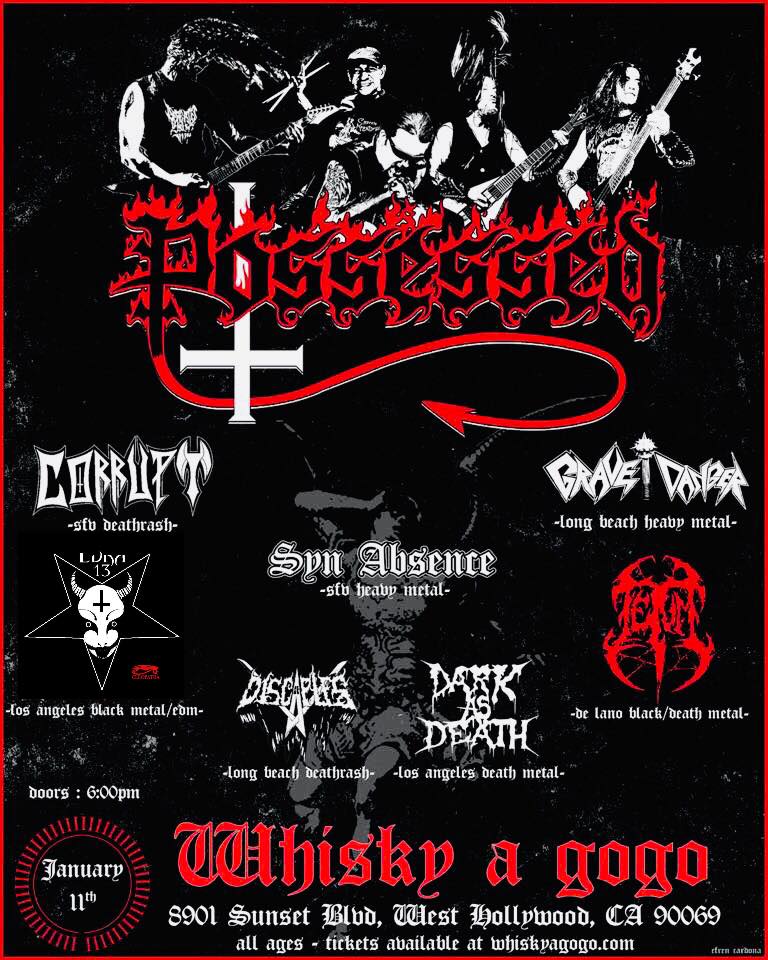 Find out more about Possessed at their official page at Facebook:

Find out more about Luna 13 at their official page at Facebook: