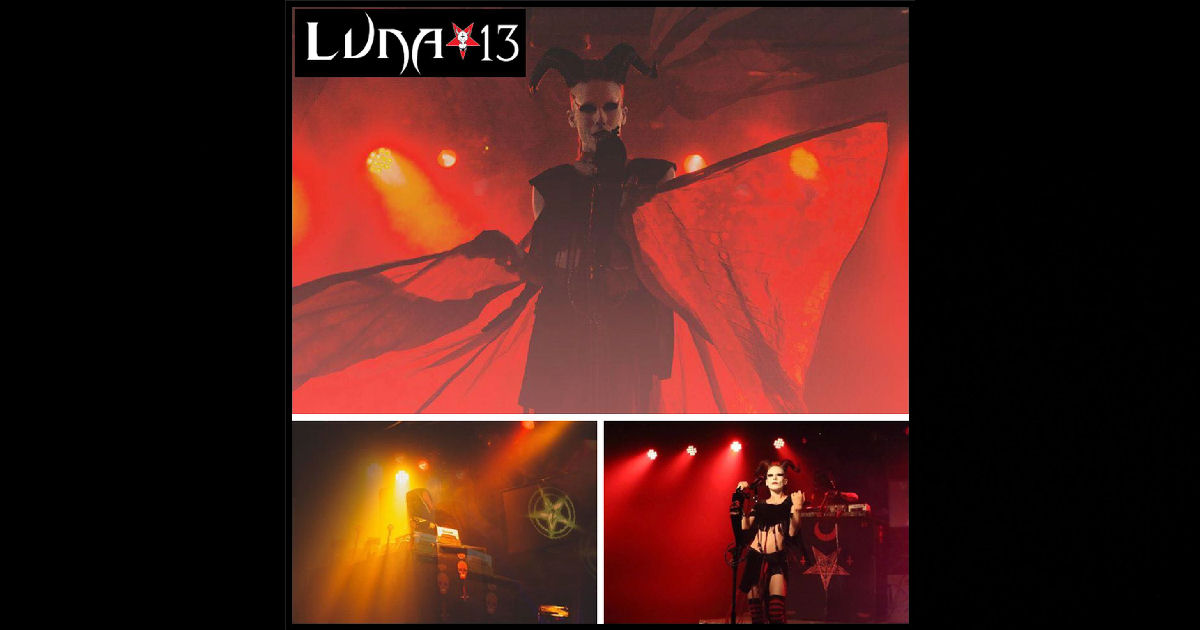 Luna 13 vs. Metal: Rising Through Adversities

Having created one of the most controversial and interesting metal bands in years, Dr. Luna and Lilith Bathory, the duo known as Luna 13, expected some buzz around them.

For the few who don’t know them yet, they created a whole new captivating subgenre, blending EDM and black metal. This creative mix, together with a spectacular (and horrifying) stage presence, resulted in a rapidly increasing fan base.
At the same time, though, it led to controversies with promoters and fans in the metal world.

“We have recently played a metal festival,” Dr. Luna explains “and were deliberately bumped off at the end.“

For a band, it is always risky to cross the boundaries of a genre. In most cases, this leap actually leads to enriched fanbases and interesting artistic projects, but both the general audience and promoters prefer to play it safe, closing doors to pioneers.

Despite the adversity experienced in the metal world, Luna 13 are collecting one success after another.
With the addition of Lilith Bathory singing and dancing live on stage, the duo is engaging in jaw-dropping gigs.

Their recent appearance at Wasteland Weekend was a huge success. They are also booked as the opening act of Doyle, the band led by Doyle Wolfgang von Frankenstein, the guitarist of famous horror punk band Misfits, at legendary West Hollywood venue Whisky A Go Go.

Like a phoenix resurrecting for its ashes, Luna 13 are determined to keep rising through adversities and we can’t wait to hear more from them.

Find out more about Luna 13 at their official page at:  http://luna13.net