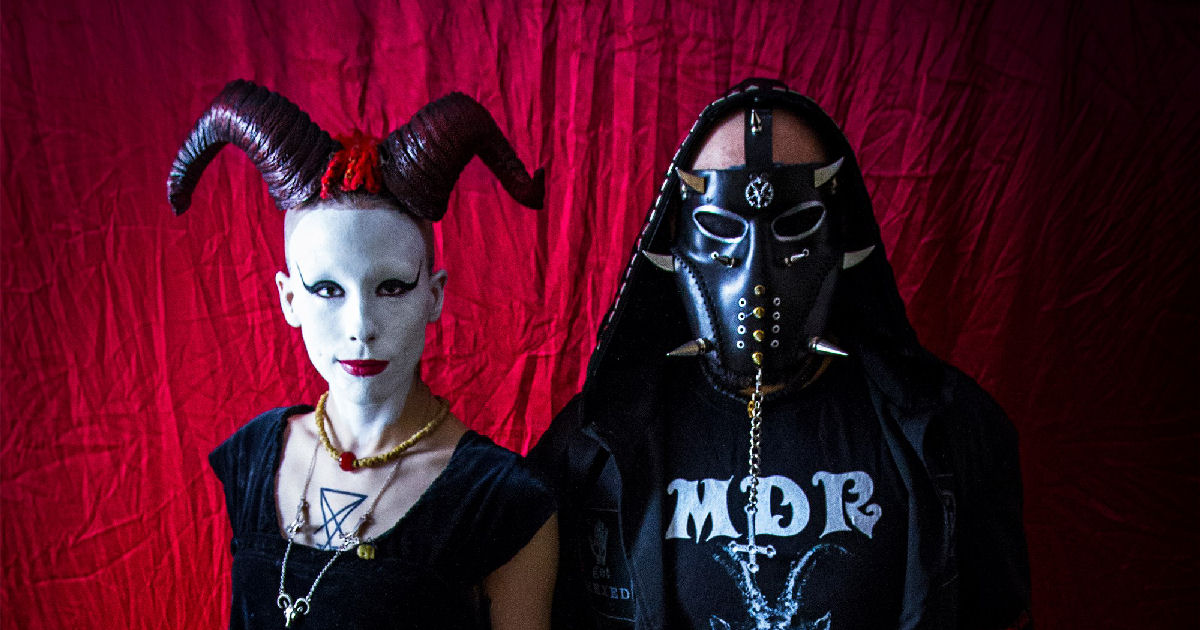 Luna 13 was formed only a couple of years back. However, the band established itself as a prominent entity within the EDM music industry within a short period of time. The success Luna 13 achieved with the release of “Dark Side of the Sun” has been retained throughout. With all the hard work and increasing fan base, Luna 13 is the first EDM project to win Heavy Metal Awards. Even Horrornews.net mentioned Luna 13 as one of the darkest electronica projects ever! 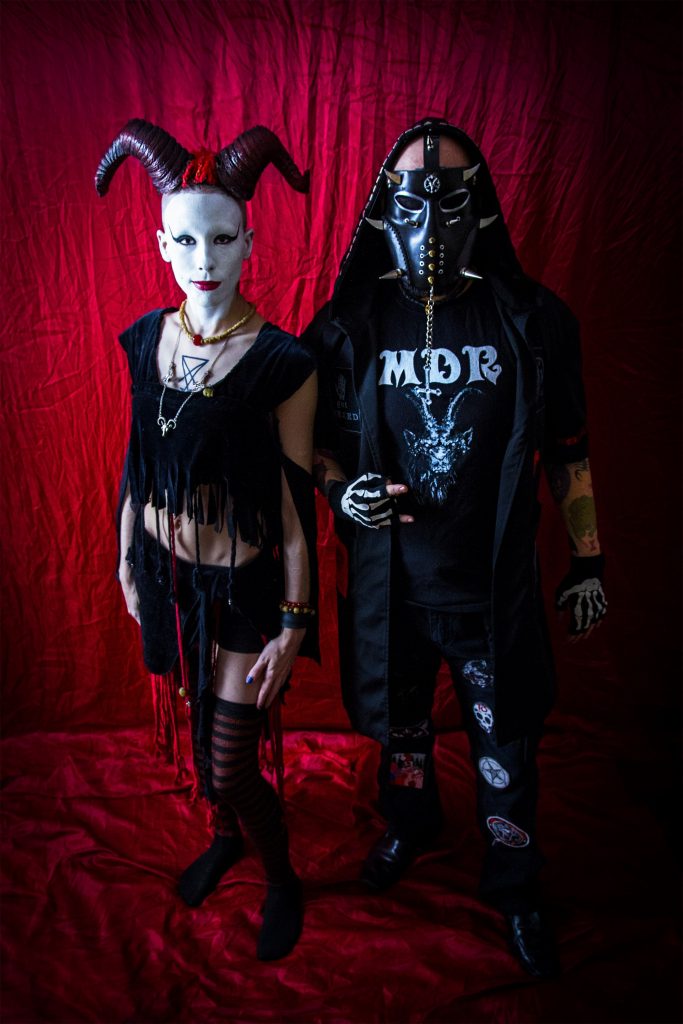 Luna 13 , signed to Cleopatra Records has been polarizing music fans everywhere and recently were pulled off stage by security in Las Vegas at the Artisan for breaking their nudity code. The theatrical live show of Luna 13, which consists of devil horns and black masks have contributed a lot towards this popularity. Along with this unique signature, Luna 13 was able to position itself as an adventurous and down right scary EDM band. The world of music has to be evolving if an EDM band is listed as ‘terrifying’ by a grindcore, thrash metal magazine and the only venue to get behind them in Hollywood is the notorious Batcave LA (Dark Circus, Doomsday Ball). 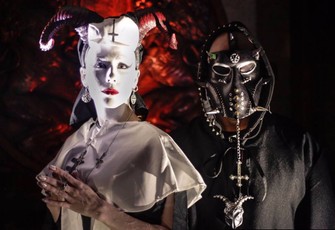 One of the key capabilities of Luna 13 is their ability to cross over from EDM music to Metal music without using any stringed instruments. In addition, the Dr Luna was able to come up with a new metal sound by combining distortion pedals and sub bass. The music style of Luna 13 impressed heavy metal fans and EDM fans who live in every corner of the world. As a result, the last two releases of the band got into the top 10 positions within electro charts as well.

2015 was a fascinating year for Luna 13. In fact, the band was able to take its popularity to a whole new level. They could achieve this goal with the assistance of Lilith Bathory (burlesque and vocals), who joined Luna 13 in 2015. Luna 13 became popular among the dark underground in Hollywood, CA and their role in the movie Devil’s Domain ft Michael Madsen consists of Luna 13 performing live while a teenager is being killed with a machete. The Movie Devils Domain put them with names like Iggy Pop, Missing Persons, Onyx, 3 Teeth and DMX wich were featured on the soundtrack with Luna 13. 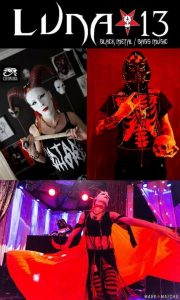 It is no suprise that Luna 13 are active Witches and are often heard on Witch radio stations such as Desperate House Witches and the producer Dr. Luna has written several books on Witchcraft, Dark Feminism, Sataninsm and the Occult. So rejoice Black Metal fans, they are for real! Thier dark live show is nothing more then an expression of the alternative life they live. Dr Luna says that their music is a ritual devotion to darkness and they bow to legions of Dark Horned and Hooved Gods.

Luna 13 is currently dominating the dark side of the EDM industry, winning two different awards back in 2015 and 2016 for the best Metal Project via Akademia, won Band of the Month on Metal Devastation Radio and are currently listed as one of the top 5 Black Metal projects you should know by Worldwide Underground. Awards no EDM project has ever won til now. Therefore, Luna 13 was able to create history within a short period of time.

Luna 13 is expected to continue with their dominating role in the heavy metal and EDM industry. As a result, we will be able to see them getting crowned with many more awards in the future as well. Watch their video Upside Down if you dare.

Find out more about Luna 13 from the official pages below! 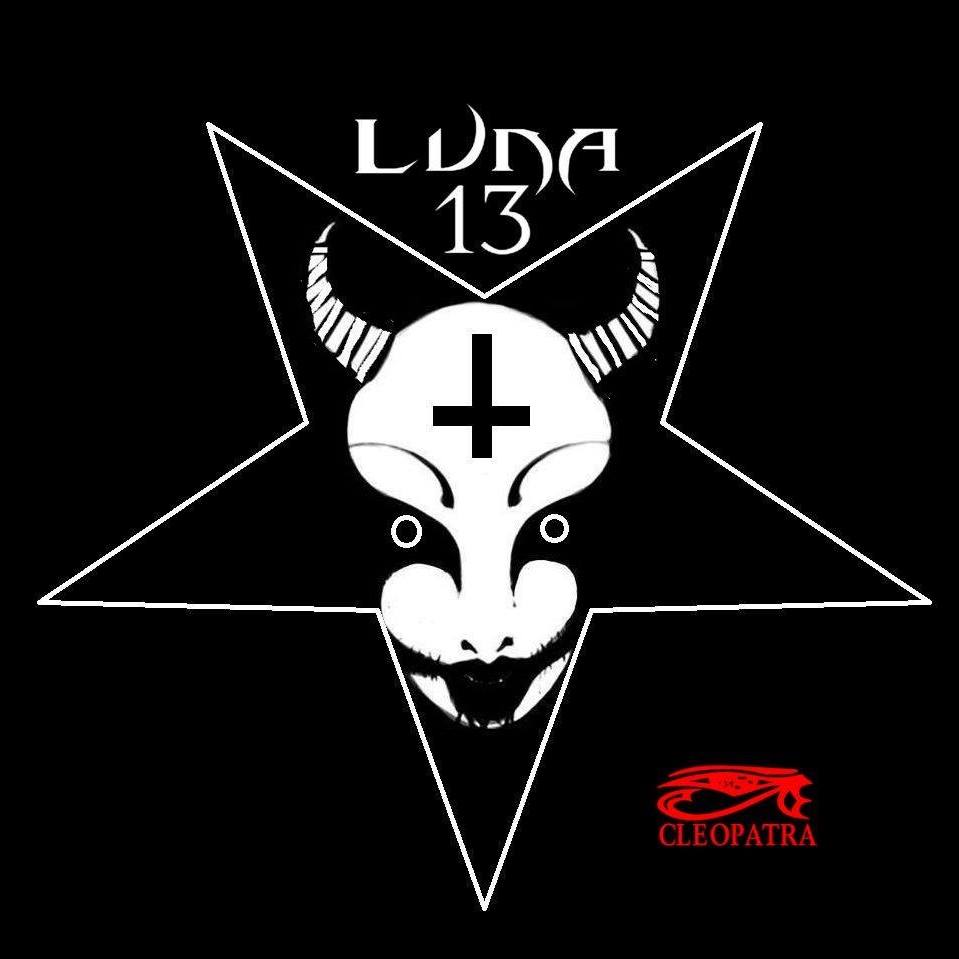