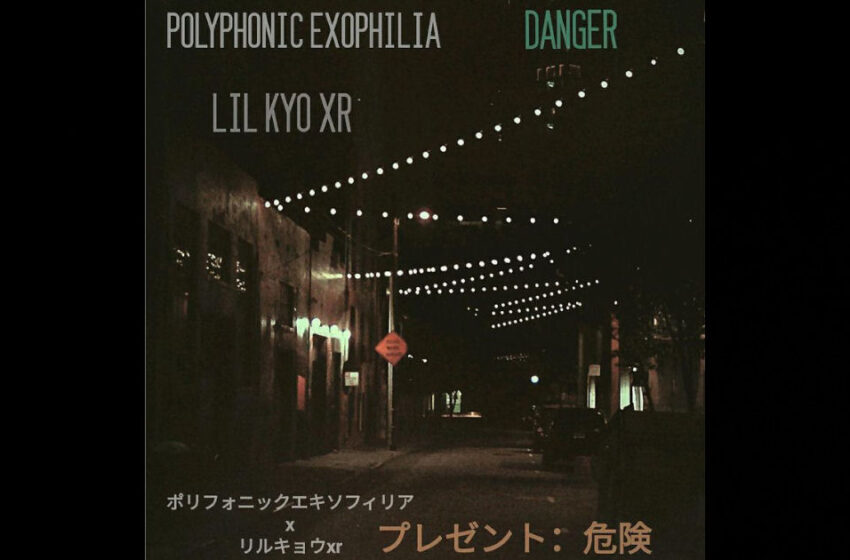 Yes.  Polyphonic Exophilia are THAT band.  Not only do they make a whole lot of music to begin with, but they also expand their material in all kinds of directions as well – and just like they showed us with their previous release of “GROOVIN’” earlier this year, one of their tunes can quite easily spawn multiple versions.  Heck – with the whole multi-verse catching fire out there across the internet and my growing belief in simulation theory being a real thing already…I mean…I suppose a multi-dimensional approach to music actually makes more sense right now than perhaps it ever has.  So bring it on I say!  At the end of the day, it’s freakin’ Polyphonic Exophilia y’all – they have proven your entertainment is guaranteed, and they’ve done it time & time again throughout the course of their debut year.  You see four versions of the same song on a record from the PPXP collective, rest assured you’re still in-store for wildly varied methods & results that’ll keep you as fully engaged as if you were listening to a lineup of different cuts.

On the Danger EP, you’ll find an ‘Unplugged,’ ‘Club Edit,’ and ‘Neo-Soul’ versions to go with the original.  If you had a chance to check out the latest episode of the SBS Podcast, you heard the single-version in its original form on our show, along with a few other tunes to help you get to know Polyphonic Exophilia just that much better.  Ain’t no doubt that they’ve had a genuinely groundbreaking year with their music, and the fact that they can pull off multiple variations on a single tune and keep us all as engaged as we are on this EP, is a true testament to the versatility in their sound and ambitious nature of their combined passion.  PPXP likes to make music – they like to make music in a whole bunch of crazy ways via different collaborations & all-out unique means – and it inspires them creatively on a continual basis.

At a robust 5:08, the original edit of “Danger” still clocks in as the longest version of this tune that you’ll hear on the new record, and it also starts it up.  Which is logical I suppose, we gotta know what it sounded like to begin with to know how it changes, right?  I felt like the featured guest singer, Lil Kyo XR probably gets the most room to make an impression as a result of the length in this cut, and ultimately that works well in the PPXP collective’s favor – the dude’s got a great voice with a whole lot of style & unique tone to it.  I’d wager a guess that he’s grown up doing what many singers have attempted to do as they evolved…which is likely attempt to emulate the King Of Pop Michael Jackson somewhere along the way, or at least be influenced by the music & his vocals…but I’d imagine that unlike most, a singer with the tone & technique that Lil Kyo XR has would lead him to much closer results in comparison than most would ever achieve.  Anyhow – that should tell ya plenty straight off the drop here – we’re talking about the more endearing & soulful side of MJ’s sound, but the recognizable similarities in the way that Lil Kyo XR sings are certainly to be welcomed by many out there simply by being comparable.  I’m sayin’ it’s a good thing – I think it works completely to their advantage overall, and there’s still more than enough of Lil Kyo XR’s own identity in the way he sings to make the distinction between the two for sure – which is what ya want really…you want to hear an influence, but not have a performance dominated by it, you follow me?  Wall-to-wall solid though – even after what’s been an entire debut year filled with memorable highlights & achievements for Polyphonic Exophilia, between the tightness of the band jazzin’ it up and the stellar vocals & hooks provided by Lil Kyo XR, they’ve got another single-worthy cut to add to their catalog with “Danger,” and to a whole army of playlists online around the internet, 100%.  Flawlessly smooth, vibrant and alive in the way they move as a band…if anything, there’s an argument to be made that they’re actually groovin’ harder on “Danger” than they were on the actual single called “GROOVIN’” – so dig that cool cats!  For real – no matter how many times I listen to the music of PPXP – and this seems to apply to EVERY record they’ve released – most everything they do feels fresh & new with every spin.

So…while there IS more space for Lil Kyo XR to make an impression on ya throughout the length of the original, it’s probably gonna be on the “Danger (Unplugged Edit)” that he’ll make the most resounding impact on ya.  Really…you gotta admire the sheer amount of single-worthy & straight-up captivating sound you’ll hear flowing outta this song in this stripped-back version – it’s always tough for an acoustic version to rise up to the level of single-worthy vibes an original tends to have, but this is full proof that it can be done, and the “Unplugged Edit” of “Danger” gives its predecessor a serious run for its money.  I love the clarity on the bass, I love the subtle additions to the atmosphere and sparkle of the guitars – and I felt like the vocals of Lil Kyo XR came across every bit as endearing as entertaining on this acoustic version of “Danger.”  You really get the finest details of the music coming through your speakers with an award-worthy mix on the “Danger (Unplugged Edit)” – I love the production just as much as I love the vibe – of the four variations, I don’t think there was a tour through this EP where I didn’t feel like this specific version of “Danger” was my number-one favorite of the bunch – they capture something special in the way they put this acoustic spin into the hooks & atmosphere of this song.  I suppose what I’m sayin’ is that I don’t think I expected the acoustic version to be as catchy as it came out, you know?  I guess that’s just not how it usually goes in comparison to the original for me, but here we are, and that’s the case – I’m fully addicted to the way the “Danger (Unplugged Edit)” reveals its subtly intense melody.

The “Danger (Club Edit)” is on-point, with a mix that echoes the sound its title implies.  It’s shinier, it’s got a bit more movement to the beat goin’ on…it’s…well…it’s what the clubs would want if they were gonna spin this single, which they very well just might!  So it’s a handy thing to have on-hand…the DJs out there won’t have to panic, they’ve got the full complement of everything they’ll need between these four versions; but again, as the title implies, this will quite likely be the one they reach for, and rightly so.  Great use of Lil Kyo XR’s vocals once again, with just the right digital enhancements to make them sparkle & shine along with the brightness of the mix on the music throughout the “Danger (Club Edit).”  More pep in the ol’ step here…and that kind of variable tempo between tunes is also bound to help each version stand out in the lineup as things change along the way.  As the third cut/variation on “Danger” on this EP so far, I think it’s got the toughest spot in the lineup in many ways; you’ve already experienced the impact it makes through its first impression, you heard the most noticeably dramatic difference in vibes between the original & the acoustic version to follow – and the “Club Edit” will take you back closer towards where it all began sound-wise.  Not entirely, there are many noticeable differences and it’s still a justifiable separate version that stands strongly on its own – but it’s tough to compete with the set-up & advantages that the first couple cuts get to enjoy on this EP.  No real harm to be done though…if anyone out there found the “Danger (Club Edit)” to be any less addictive than the other versions are by some kind of large margin & not just slight favoritism based on personal taste, I’d honestly be surprised.  Almost sounds like they’re playin’ a video-game in the background synths that keep this cut movin’ in tandem with the bass…complete with the ‘whoop’ of an old-school Mario hop.

Is the final version as “Neo-Soul” as it promises to be?  I’ll say this…it’s not NOT “Neo-Soul” – but it’s still essentially the main fusion between Jazz/Funk/Progressive that you’ll likely notice before you feel that “Neo-Soul” vibe…it’s there, but I don’t know if I’d necessarily go as far as to say it becomes the dominant trait, so much as I’d say every song needs a label of some kind.  I felt like the drum beats were a lot more pronounced in this final version…but I’m not too sure that would have it qualify as the “Neo-Soul” sound either.  You get a more clear dose of the saxophone perhaps…the final version of “Danger” is still PPXP havin’ every bit as much fun as they have within the first three versions, but it’s tougher to say that this last variation is giving you quite enough of a variance, or if we’ve more or less heard what can be done with it at this point.  I’d imagine everyone out there will have their own opinions on that…I’m more than content to let Polyphonic Exophilia spin on repeat over here on this side of the speakers, even when it’s four variations of one main tune…they put the work into the attention to detail, and it matters every time.  There’s always enough of a twist to keep you interested and engaged, and even though the final “Neo-Soul” version might feel a bit more similar to the original or “Club Edit” than the massive difference going unplugged & acoustic might create in their song…at the end of the day, more of a good thing is, more often than not, a great thing when it comes to making music – and this whole EP speaks to that.  Take a page out of PPXP’s playbook this year y’all…be creative, be experimental, be courageous in your pursuit of making your art come ALIVE through our speakers like this band does – I guarantee ya they’ve been having more FUN in what they do than the majority of ya, simply because they’re endlessly immersed in their craft and as addicted to the actual journey as much, if not more, than the destination.

Find out more about Polyphonic Exophilia from their official website at:  https://ppxp.no