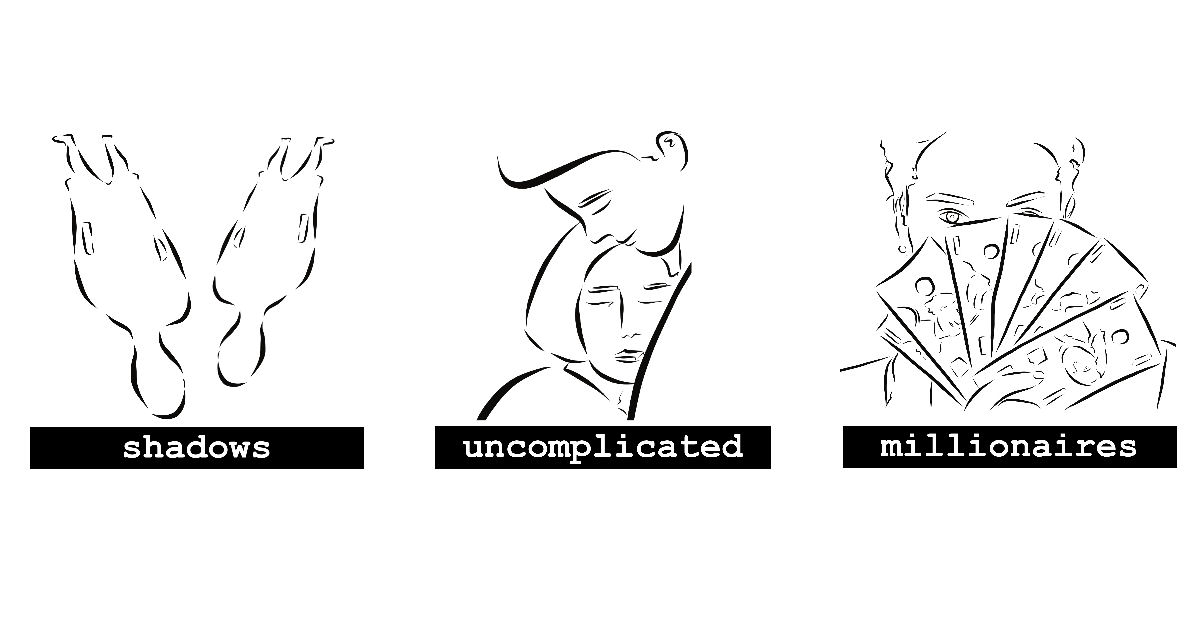 Lots of great tunes flowing out from this project this year – if you haven’t had a listen to the previously released singles “Waiting” and “Intoxicated” from last month by now, you’ve been missing out this summer.  Loving the music, loving the artwork, loving the fact that this Pop-infused sound continues to grow & expand in just about every direction you can think of – it’s undeniably versatile at all times  – especially when you factor in these three new songs we’ve got in review from Neon Radiation’s catalog.

“Shadows” was just released a couple days back in this first week of July, the latest single from Neon Radiation, and the first time I’ve heard this project jump into the realm of Hip-Hop.  I think the music hits the mark for sure…Gary Blake’s got “Shadows” loaded with vibrant sounds flexing & pulsing throughout this new single.  As far as the bars go…I mean…keep in mind this isn’t Neon Radiation’s normal arena when it comes to style/sound…and rap is always a tough thing to write & then pass over to an emcee to get it all spit out correct, or have that natural cadence you wanna hear.  What I can tell ya about “Shadows,” is that the results come out stronger than you’d expect in that scenario…there’s a bit of push/pull in the energy & flow to the rap where maybe another word or two might have made the movement more dynamic perhaps, but as far as tone of voice & confidence go, these rhymes come out rock-solid in that respect.  While it might be a new foray into Hip-Hop/Rap for Neon Radiation, when it comes to the execution overall, they can compete here…mainly coming through the innovative music that rides with this single and the large & in-charge personality on the mic.  I dig the breakdown as well…which is probably where the female vocals hit the mark for me the most…I was honestly never quite sure about the main hooks…sometimes I felt like they worked, others not as much.  The added electro grooves and layers of backing vocals from the breakdown creeping back into the mix was a good idea to diversify the ending of “Shadows” – and again, credit to Neon Radiation for going after something altogether new to this project entirely.

“Uncomplicated” might not be exactly as advertised.  I wrestled back & forth between loving this song, and feeling like it needed a whole bunch of other stuff happening to make it work.  Once the beat starts kickin’ in its contribution to this song around the 1:30 mark, “Uncomplicated” (July 12th) really starts to find its sea-legs and stand up confidently to entertain ya.  If I’m being as honest with Neon Radiation as I am with the rest of the scene out there…it’s not quite up to the level of what I know this project to be capable of in terms of its production & clarity…possibly songwriting as well – but it’s likely strong enough to be an A-side on just about every other record out there, know what I mean?  I’ll take “Uncomplicated” as it is for sure if this is how it’s coming at me – but in listening to both “Shadows” and especially “Millionaires” to follow, the sound of this middle tune comes out a bit dusty or at least less shiny by comparison.  As far as potential goes – I think there’s probably more on “Uncomplicated” than the other two tracks here when it comes right down to it – the music has a real chance to stand out, so do the vocals…but I’d probably be tempted to go much bigger here.  That one specific spot, “Uncomplicated” in the main hooks of the song, I’d bring it up a tone or two, and I’d go big, energetic, and straight at us with it, as opposed to the more low-key approach it has now, along with a bit of a remix to shine this up a lil’ bit to that signature sparkle we know & love from Neon Radiation.  What I mean by saying that “Uncomplicated” might not be exactly as advertised, is that it’s actually a heck of a lot more complex by design – especially when it comes to the lyrical/vocal flow.  Performance-wise, “Uncomplicated” reflects that complexity back at ya through the microphone…sounding uneven at times between parts where it sounds fully in-control, and others still wandering & searching a bit for the best way to approach singing it…which results in a few tones that flatten out a bit at key spots where your ears want that brightness.  That could be that “Uncomplicated” is a newer song, could be that the vocals weren’t quite as ready as what we’ve experienced in the past from Neon Radiation – or it could very well just be a seriously tough song to sing, which as it stands right now, is what I’d argue “Uncomplicated” really is.  So don’t get me wrong – I think all things considered, what’s being supplied is what can be done – I’m just greedy when it comes to music, especially by those out there I know are super capable…and I wanted more from Neon Radiation when it came to the final mix of this one.  The right pieces to the puzzle and ingredients for this idea are all there…there’s no doubt about that…but I’d be willing to bet Gary could shine this up.

For what it’s worth, the rebound back to greatness comes quickly.  I think Neon Radiation’s likely got my second-favorite tune coming from them on the last single “Millionaires,” being released on July 19th in the mid-summer.  By far the best mix here when it comes to the production in this set of three, arguably the best vocal-performance you’ll find on the microphone of these singles as well…the piano is exceptionally beautiful, smartly paced, and wonderfully supportive…the subtle beat is equally brilliant & highly effective.  “Millionaires” has an impressively natural & organic sound to it…a truly comforting vibe that’s warm, inviting, and sweet…it becomes a song you can absolutely feel flow right through ya.  Smooth as smooth can be, Neon Radiation reaches into the sweetness on “Millionaires” – and you’ll be completely stoked on what’s been discovered – it’s a beautiful song, sung stunningly with perfect tone, and musically, it’s right on-point with hooks that are every bit as strong as what you’ll hear on the mic.  So if we’re talking about balance, “Millionaires” is where Neon Radiation finds that level of quality & remarkable sound we all know & love’em for…it’s such a wonderfully chill sound – and the use of space here is absolutely award-worthy.  The way it’s structured allows you to get 100% out of both the vocals & music as you listen, with the vocals giving space for the piano to work its magic, and vice-versa – which, if you do the math, essentially equates to every second ticking by with something sincerely entertaining to offer ya.  The main hooks of the chorus come out exceptionally beautiful when it comes to the clever structuring – and heading into the third-minute, the breakdown & vocals provide a subtle-but-massive highlight on what’s already been an outstanding experience from its very first moments.  Everything about “Millionaires” came out sounding like it was meant to be – that ‘everything in its right place’ effect that we love about the music we dig most…music that transcends a mere listening & speaks directly to your soul, just like this final single from Neon Radiation does.

Like all experimentation, evolution, and artistic growth, there’s all kinds of trial & error that can occur along the way…perhaps.  I like to think the only error you could make is to not try at all.  Salute to Neon Radiation for giving all kinds of new ideas a shot here with these latest singles being put out in 2019 – the catalog is coming out impressively diverse, and there’s always multiple access-points into each of the tunes you’ll find in it.  With the branching-out & expansion of sound being revealed here on these latest cuts, it’s clear the ability to reach a widespread audience continues to grow alongside the ambitions of Gary Blake & the talented artists he’s working with – Neon Radiation gives you three solid new reasons to check out what this project is capable of, and the potential for where it can still go.