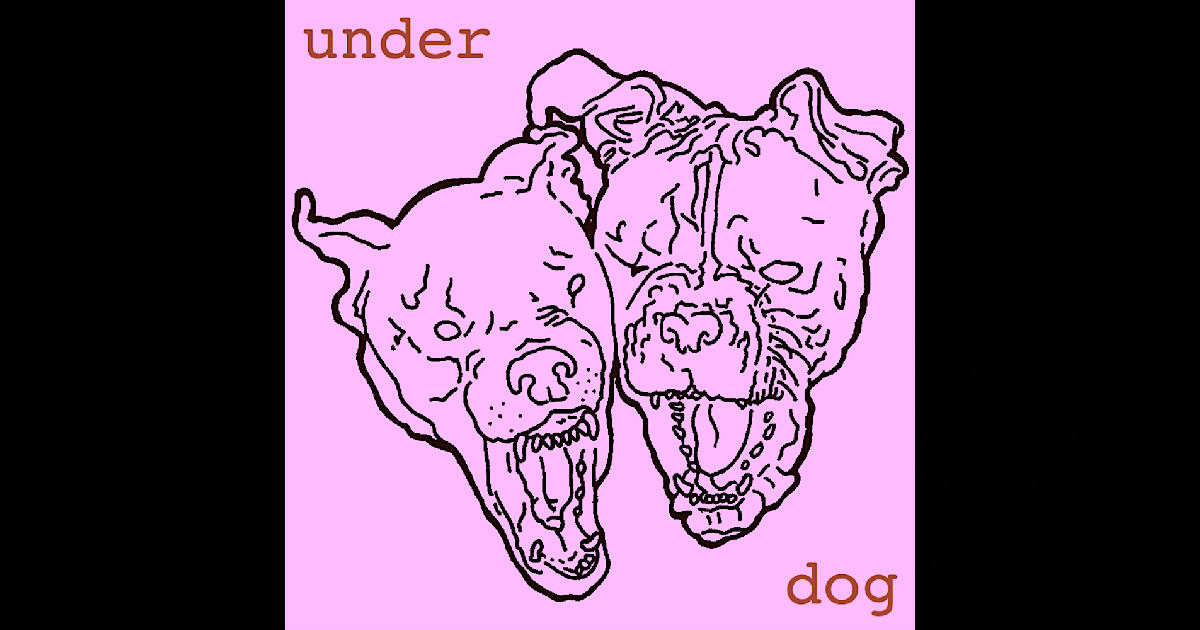 Perfect record to keep your Friday night party going strong into Saturday morning and full proof that a great song can lead multiple lives, Neon Radiation has made an extremely wise decision in putting the single “Underdog” out there to be remixed by many talents found throughout the music-scene.  Make no mistake – this was a killer single to begin with – but for those out there that dig adaptations, new versions, and how a song can change through the perspective & skills of another artist, you’re really going to dig the Underdog Remixes EP.  I know I sure did – I could listen to ANY version of this tune; Neon Radiation deserves some real credit for creating a fantastic song and also for having the courage to allow it to be altered, changed, revitalized, and remixed into a whole new span of sounds & directions.

Enlisting A-list abilities from DTone, Caperraticus, Athens, and NITZ – “Underdog” gets all kinds of creative in exciting new ways; Neon Radiation created the foundation with the original version – and now it’s time for these remarkable talents to do their own thang and give this cut an audio makeover. 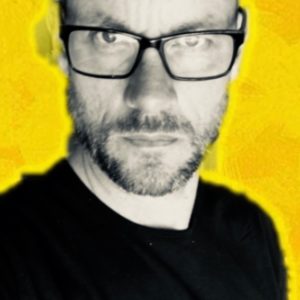 If you haven’t heard the original from Neon Radiation yet, make sure to do that so you’ll get a good idea of how much this song changes over the course of the five remixes you’ll find on this EP.  Like I said, always a great tune…once you complete listening to these alternate versions, you’ll realize how bulletproof the writing of “Underdog” really is after experiencing firsthand how well it translates from style to style.  It really only takes one spin through this record to know beyond a shadow of a doubt that there’s a good chance that you’d love any variation of “Underdog” when everything you hear comes out sounding this amazing.  Definitely no question about the quality of the writing and performances these electro-wizards got to work with…everything about “Underdog” is seriously stunning to listen to.  Ultimately, it would need to be – if it wasn’t, listening to five versions in a row could be torturous right?  The Underdog Remixes EP is anything but – this is brilliant music you couldn’t possibly get bored of.

Full disclosure – I hadn’t heard the original version until after I listened to the new EP; once I did, I went back to check it out immediately to hear where these amazing mixes were born from.  So if you’re like me and this is your first experience with Neon Radiation, you’ll be massively impressed by the vocals – they’re audible perfection – and that’s the feature thrust mostly into the spotlight on the opening tune, “Underdog (DTone Remix Radio Edit).”  DTone has done an exceptional job of highlighting the vocal hooks gorgeously in this version, bringing the strength & sweetness straight to the surface for all to hear, while keeping the electro-beat fairly chill to surround the angelic vocals.  Excellent switch on the “Underdog (DTone Remix Radio Edit)” around the 2:20 mark that’ll transition the entire cut brilliantly – like it’s a move that’s as perfect as perfect gets…everything gets a bit more energetic, warm, and somehow becomes even more inviting to listen to than when it started – which is truly impressive.  DTone displays a noteworthy & professional level of control on the structure and sound of this song, revealing its magic piece-by-piece until you’re surrounded by the full potential of this tune by its finale. 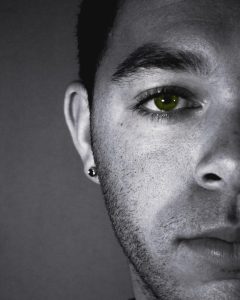 The “Underdog (Caperraticus Mix)” brings up the level of fun even more, adding in the brightened synth sounds and crisp beat to this version, once again keeping those jaw-dropping vocals right in the spotlight where they belong.  I liked how the Caperraticus Mix got into the layers of vocals as well, really bringing in a great level of interaction in the harmonies & flow to way they move in the sound.  Overall, Caperraticus keeps the entertainment groovin’ with dynamic sounds & low-end synth contrasting wonderfully with the sweetness of the vocals.  Highly colorful and creative, you’ll get no arguments from me here either – the “Underdog (Caperraticus Mix)” is as equally stunning and imaginative as the beginning of the EP.  You just can’t beat the uplifting & empowering spirit this song really has to offer.

Where I felt like the song took on additional weight and emotion was in the moodier third version, the “Underdog (Athens Mix)” – there are some truly insightful choices being made in terms of the approach.  If I had to hazard a guess, I’d assume that Athens has actually chosen to play the guitar you hear, adapting what sounds like a fundamentally Post-Rock style into this Pop-based tune…and the combination of the two worlds colliding is without question a subtle-but-massive highlight on this EP.  First of all, the guitar accenting the melancholy of the melody gives the song a whole new texture to it, a whole new dimension of the depths of the atmosphere.  Secondly, you get great ideas like the amount of space used in the tempo & in the mix itself – everything is crystal clear and hangs brilliantly in the air to be fully absorbed by the ears.  You also get smart choices in the distance between those sounds with reverb added and an echo effect on the vocals as well…so pretty much everything you hear, while this version might move slower than the rest, still has this exceptional & constant movement to it where each and every element truly matters in the mix.  As far as the five mixes are concerned, this particular version reaches further towards its own vibe than perhaps any of the others do…which is again, saying a lot considering that each of these mixes really have their own personalities and sound…there’s just something extra-spellbinding about the “Underdog (Athens Mix)” that I couldn’t take my ears off of.

But I really want to be clear – I could listen to any of the versions of this song all day every day and I’d never complain…”Underdog” is relentlessly impressive for its strong songwriting and inherent versatility.  As raving of a fan as I am for the Athens Mix – the moment that the “Underdog (NITZ Remix)” begins, I fall in love with this entire song again for what is just about the complete opposite reasons altogether.  This is what I’m saying when I’m talking about versatility and how a great song can find success in many styles – listen to the difference in the moods, attitudes, & atmospheres of these last two versions back-to-back and it’s easy to get a good idea of what I’m getting at – they’re almost the polar opposites of each other – and they’re both incredible.  NITZ does a ton of things absolutely right as right can be – the slow swell of the way this version opens really gives the song a dreamy feel to it…the slight snaps brighten the atmosphere along with the glow of the pulsing subtle synth sounds – and then BOOM – right around the fifty-second mark or so, the 80’s influence comes soaring in to take over and wow you.  If you’re familiar with Neon Indian – this version of Neon Radiation’s tune isn’t actually too far away from their brand of mainstream psychedelic-pop – there’s an added layer of real art in this particular version where you can hear the attention to detail sparkle & shine throughout this whole structure.  As far as the vocal hooks go, I think you gotta hand NITZ the award for somehow making them sound even more spectacular here than they have on any of the remixes, hands down; every song has handled them differently and with impressive results…but in terms of accessibility for the masses out there, this is the one that stands to make the biggest impact on listeners in my opinion.  The “Underdog (NITZ Remix)” grabs a hold of the empowering thread that’s layered into the lyrics of this song and builds that feeling up into a moment in time that’s pure magic – if you can somehow resist dancing to this or busting some moves, you’re much, much stronger than I am.  This version flows right through you – love this vibe. 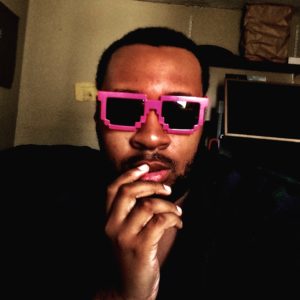 DTone returns at the end of the Underdog Remixes EP with the ‘DTone Finish Strong Remix’ – and that’s a title that certainly delivers on its promise.  Like I’ve said multiple times, don’t get me wrong, every mix on this EP has complete merit of its own – but they really all do have their own specialties in what they bring to this adventure – and that’s what makes listening to this whole record truly amazing.  You get the moodiness of Athens, the enthusiasm of NITZ, the radiance of Caperraticus, and the true professionalism you’ll hear from DTone in both efforts.  That’s the word that keeps coming back to me when I listen to the sheer control that DTone seems to possess, which is flexed strongly once again on the diverse change-ups and transformations he creates on the “Underdog (DTone Finish Strong Remix).”  To me, DTone sounds like the most seasoned of veterans…clearly an expert hand when it comes to all-things electro – and I think you get an even better sample of what the dude is capable of on this final, lengthier mix.  DTone will take you from the extremely chill & mellow, to the straight-up wild & colorful as the song surges into a charismatic second-half that amps-up the energy with fantastic results.  The balance is impeccable – I honestly couldn’t tell you which half of the song I prefer more; I get so lost in the enveloping swirl & hypnotic way that it begins…but the moment that beat kicks-in, I’m just as hooked.  And once that beat does kick-in, the creativity continues to reveal itself from there, bursting into a killer vibe just prior to the three-minute mark and bringing the party to this experience with even more charisma & personality than the shorter opening version.  As a result, you get a serious dose of expressive electro sound that ends this EP in complete celebration – and that’s the way it SHOULD be.  There’s every reason to celebrate a song as fantastic as “Underdog” and these remixes fully prove WHY it’s a great idea as an artist to let go of a bit of that instinct to control over what’s created and allow it the possibility of becoming something all-new…you just never know what a song can truly become.

It’s basically impossible to pick an ultimate favorite out of these mixes – every single second of this EP was worth listening to, over & over, repeat after repeat.  I can’t imagine what better testament there can be to songwriting other than the fact that I WANTED to listen to “Underdog” in every form it comes in, multiple times, and I never once felt like I wanted to reach for anything else or needed a change.  It’s truly an incredible song – and now it has five equally stunning versions with completely different styles, sounds, and personalities that all perfectly embrace and confidently display the changes made.  Neon Radiation should be mighty proud of this effort…I had an absolute blast listening to this from beginning to end & I honestly can’t recall a time where a single song in five versions has impressed me this much.

The Underdog Remixes EP is officially being released on October 26th – find out more about Neon Radiation through the official pages below!