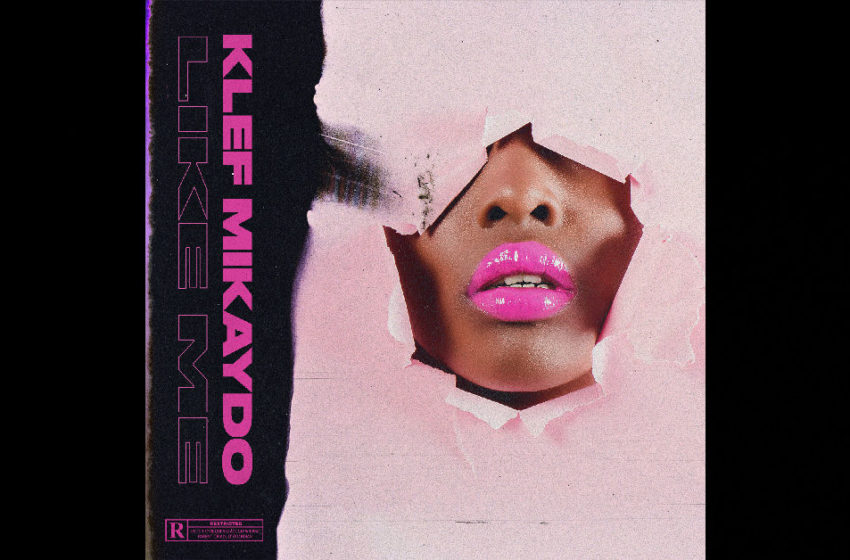 No stranger to our pages, the one & only Klef Mikaydo returns with a brand-new single called “Like Me” in 2020.  Audible confirmation that the man has continued to grow as an artist and is keeping his ears affixed to the attention to details from the mic to the mix, “Like Me” is further proof that Klef has all the right tools that the ‘pros’ do.  In a world filled with independent & mainstream music, the quality of his work always confirms this guy can hang with the best of the best out there; he’s a hybrid R&B artist that has created his own lane…and the future remains wide open for Klef Mikaydo.

So!  The question is…can you do it like Klef does?  No!  You can’t, or you would be, and let’s face it, y’aint.  I hate to be the bearer of bad news for you guys out there…but Mikaydo’s plenty aware of it as well.  It’s not like he’s got a list of all your shortcomings somewhere in his studio, but from the sounds of things, Klef’s kept a mental checklist throughout his time on earth and has come to the conclusion that if you’re REALLY looking to be satisfied in this lifetime, then ladies, he’s your best option.  Because, like I mentioned already…no one does it like Klef does…if you could, you would be, but y’aint; it is what it is.

What’s important is to establish the difference between confidence & arrogance…because people tend to get those things confused all the time.  Klef’s as confident as artist’s come – but believe it or not, he’s not ego-driven…he’s simply pointing out the facts as he knows them to be true and highlighting his own uniqueness.  And you know what?  It’s actually really damn refreshing.  It’s been one of Mikaydo’s main assets from day one – he just tells it like it is, 24/7, no filter & no fucks given – if you’re with it, you’re with it, and if y’aint, then y’aint & whatever.  An artist like this doesn’t waste time on the haters or pay any attention to surface-level criticism that doesn’t get to the heart of what he’s creating – as in, if you can’t recognize that Klef IS as unique as he often claims to be, then you’re kinda missing the whole point – you feel me?  So like I said…don’t mistake confidence for arrogance…he’s just tellin’ ya his own truth – and when you listen to the words of a single like “Like Me,” you can hear he certainly makes a solid case.

Plus…I mean c’mon now…the man creates a killer cut!  We’ve featured past singles from Klef like “Purple Clouds,” which we’ve played on the SBS Podcast…we’ve heard Mikaydo continue to develop his personal style on tracks like “Showtime” in 2018, and most recently with “My System” from last year – he always has something in the mix for ya that’s well worth your time to listen to, and his new joint “Like Me” certainly adheres to the high-standards he’s set.  Reliable is what he is – and that in itself is a true accomplishment; if you’re familiar with his music, you know you can always rely on him to create a new cut that’ll catch your interest, but you also know that what you’ll hear won’t just be a rehash of the last time you heard him either.  Essentially, the man has mad identity in his music and a signature style of his own, BUT – he’s somehow able to change-up everything from track to track enough to make each experience with his music unique.  What have I been tellin’ ya?  Hell – what has Klef been tellin’ ya?  No one out there does it like he does…whether that’s between the sheets or in the studio, the rule applies.

No complaints from me here…”Like Me” is a cut stocked full of that classic Klef attitude & sound, he’s as stylistic & slick as we know him to be, and ultimately it’s a smooth single the people will respond to.  He even stepped up his game behind the boards, producing this cut personally for y’all to enjoy.  For the existing fans out there, this is more of what you know & love from Mikaydo, albeit still a reminder that he’s the man…and that means many, if not all of us, are not by comparison.  I can live with that…I’m realistic about what little game I’ve got to compete…some of you out there though, will have to come to grips with being second-place, given that Klef Mikaydo always makes sure to have the number-one seed locked down.  He keeps that top-spot for himself as he claims the throne on his new single “Like Me” and he does it in LIFE as well…Klef is clearly the kind of artist that walks the walk & means every single word he says.  Armed with another modern-day vibe & hot set of sounds that are bound to hit the mark for Mikaydo fans and introduce a whole new set of’em to his existing catalog, “Like Me” is verifiable confirmation that the trail he’s carving out for himself is completely the right path for him to be on.

Find out more about Klef Mikaydo from his official page at:  https://klefmikaydo.com