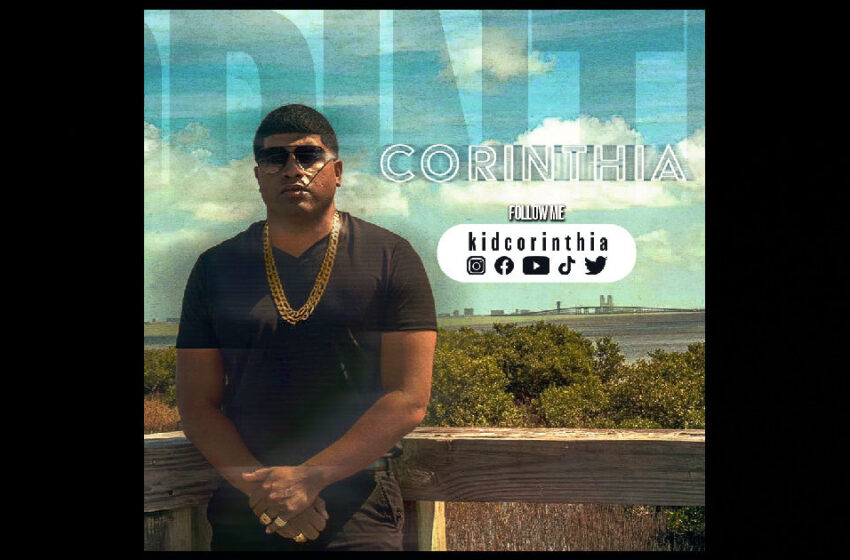 In that conscious Hip-Hop style that rings true, like you’d find in the music of Common, Talib Kweli, or Gift Of Gab in the mainstream, or artists like Tony Cobain, Solomon Vaughn & Apollo Veritas from the independent scene we share – Kid Corinthia puts the art of the rhyme in full-effect amongst the best of the best, no doubt.

“You in the presence of a poet” – and that’s what’s real.  Kid does not mince words y’all – and through his precision pace, swagger, and style added into every syllable he’s spittin’ on “Butterfly,” this emcee & verifiable wordsmith proves he’s got the full capabilities & resounding confidence to rock the mic right.  You’ll hear what I’m talking about when you check it all out for yourself…there are far too many artists out there in this world that put next to zero effort into the words they’re rapping out loud, and Kid Corinthia is here to combat that pound for pound, beat for beat, bar for bar, with real weight in his rhymes.  For real – you listen to the selection of words Kid incorporates into “Butterfly” and you’ll instantly recognize that this dude doesn’t shy away from the challenge of finding the right way to string his thoughts together, no matter how complex they are – Corinthia says exactly what he wants to say, exactly how he wants to say it – and perhaps even more importantly, he means every damn word he says.  With the stellar mix of spot-on verbal superiority, words that are full of gritty imagery & all-out realness – Kid’s got a genuine gift for writing rhymes that’ll make an impact through his thought-provoking lyricism, and combined with his slick & stylistic sound, he’s rockin’ with all aces up his sleeve.

LISTEN to this man pivot, shift, and transition with such precision in his fluidity & flow will ya?  “My verses is perfection” – and the man ain’t lyin’ – “I’m here to massacre the clones” – check that box too, he’s fully capable.  “Float like a butterfly, sting like a scorpion” – don’t mistake the delicate & jazzy vibe of the beat he’s rappin’ on for any kind of softness y’all – Kid Corinthia builds hard hitting rhymes that are designed to hold up strong over time, with bulletproof bars, real knowledge bombs goin’ off, and the kind of personality & professionalism that can only come outta pure passion, love, and respect for the craft.  Kid Corinthia is makin’ the magic happen on his own terms, playing by his own rules, and the only real competition he’s got is the music he’s made already in the past – “Butterfly” proves he’s on that legendary next-level, gifted with the ability to spit with the best, and that he’s busting at the seams with authenticity, rhythm, and talent that no set of ears could deny.  Check out the stellar video supporting Kid Corinthia’s “Butterfly” featuring Michael Reinhardt & put this cut on your playlists where it belongs!

Find out more about Kid Corinthia at his page at Facebook:  https://www.facebook.com/KidCorinthiaMusic