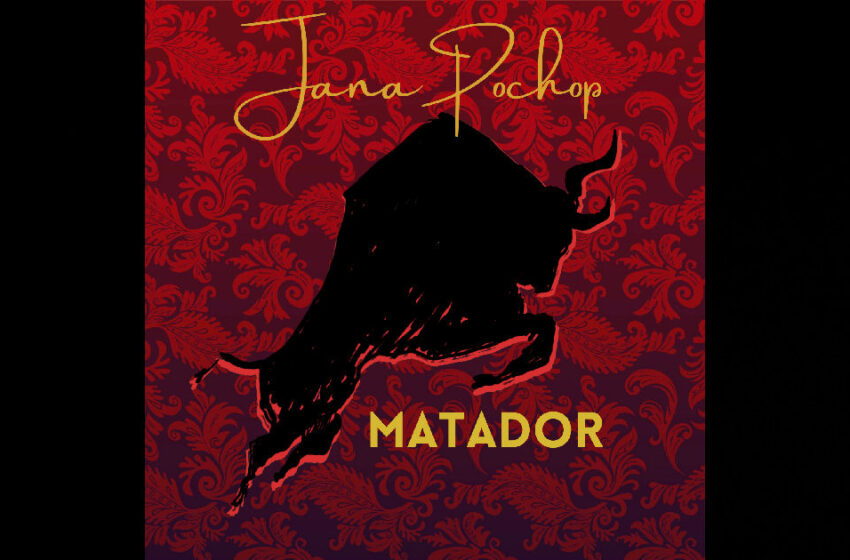 I would be lyin’ to ya by omission if I didn’t say I pretty much sit and wait here by my computer secretly hoping today’s the day that new music from Jana Pochop will come out – and here I am, on release day, her stunning advance single “Matador” from her upcoming record The Astronaut is now out & available everywhere you plug your headphones into – and I’m POUNCIN’ ALL OVER IT to make sure you know!

For REAL…if you’ve been anywhere close to within earshot of me or of my speakers, you know full-well that she’s one of my absolute favorite songwriters that I’ve had the pleasure of listening to over the past several years.  From her solo work on singles I’ve reviewed, to her side-project in onetwothreescream – she truly had me at hello with her music, and I’ve remained a major fan of her ever since.  You’ll find much proof of that scattered throughout the various links you’ll see right here in this very article in fact.

No joke though folks…she’s one of very best of us, with an incredible mind, unique perspective, and an altruistic spirit that is fully aware of the power music has in bringing us all together.  From insightful tweets, to her riotous sense of humor, to her activism behind the scenes – there’s literally nothing about Jana Pochop that doesn’t speak to me…and I’m well aware of that I’m not alone in feeling that way.  I’ve listened to her music evolve & grow over the past five years or so, and I’ve seen her tireless dedication to her fan-base…how much she gives of herself to the community and the music-scene surrounding her – it’s endlessly inspiring.  An artist like Jana deserves all the success in the world, in my humble opinion.

The reality has always been, and continues to be true here on “Matador” – she’s got a genuine gift with words and the ability to use’em to their full potential.  As a result, yes – you’ll always find hooks within her music, and dazzling ones here on “Matador” most certainly – but the point is, it’s the way she writes with such a naturally poetic flair, grounded wisdom, and a signature, dreamy, stream-of-consciousness stream of consciousness style that she can proudly call her own.  Honestly – listen to her lyricism on this new single, and you’ll know exactly what I’m talking about – Jana’s authentically engaging & interesting with her words – and she brings each & every one of’em to life with the sincerity & emotion she creates in the way she sings her melodies.  She looks at things through an outright extraordinary lens; this much is certainly true – but it’s her ability to communicate what she sees in this world through her music and the way she phrases her thoughts & feelings that make her the brilliantly addictive artist & wordsmith that she is.  She doesn’t shy away from using descriptions and imagery in her lyricism that is demanding & unique, know what I mean?  Jana takes on complex words that most songwriters & singers would be scared to include, like “phosphorescence” on “Matador” for example – and she works this kind of detail into her lyricism like it’s just as natural as another fleeting thought floating through the sea in her mind.

Sometimes I wonder how much Jana realizes just how far she’s come over the past five years alone – it’s truly been amazing to witness from afar.  We’re talking from the very roots of earnest home recordings as she stepped towards the spotlight at the beginning, to now working with a renowned group of talent supporting her and assisting in pushing her art & music even further – I mean…honestly, it’s incredible.  On “Matador” you’ll find Duke Levine (Mary Chapin Carpenter) bringin’ the sparkle to the electric guitar, Eric Holden (Shakira) layin’ down the smooth & sly bass-lines, Sean Hutchinson (Taylor Swift) keepin’ this cut steady with precision on the drums, in addition to essential contributions made by BettySoo on the accordion & the backing vocals of Daniel Barrett to supply the additional warmth you’ll feel in this song.  Ever the master of contrast and melody that’ll hit you right in the heartstrings through her spectacular mix of observational melancholy & uplifting threads of hope in her lyricism, Jana’s made real magic on “Matador” once again, and continued to show her art & music are evolving at a rapid & stunning rate.

Obviously you can tell I’m a fan – but this all runs so much deeper than that…Jana’s got a connection to music & melody & words that money can’t buy, that no one can teach, and it’s uniquely special to her – as much as I’d love to tell ya these are merely opinions, they really aren’t – these are undeniable facts.

And if you don’t believe me, listen to “Matador.”

I’ve said it before and I’ll say it again, Jana Pochop has something remarkable that the rest just don’t – and considering the fact that every time she steps up with new music, it’s another strong step forward that reveals the growth in her craft and the strengths of her songwriting even more – it makes it easy for me to point out that she’s not only thriving in her element – her music is sounding the best it ever has.

Her brand-new album The Astronaut is set to arrive at the beginning of 2022 – make sure to stay connected & find out more about Jana Pochop at her official website at:  https://www.janapochop.com