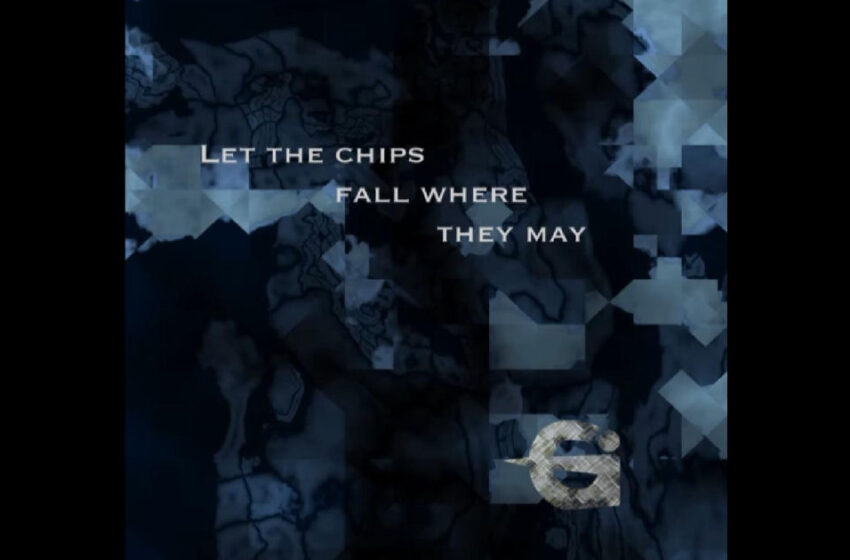 Now…first of all…it’d be mighty hypocritical for a guy like myself that went through a good five year stretch of saying everything he listened to sounded like a broken answering machine somehow trying to claim that I’m not loving the digitalized mayhem and melody at work in this latest single by Granular Injections…because I did, and I do.  I’m certainly interested in what I’m hearing in “Let The Chips Fall Where They May” when it comes right down to it…there’s just such an awesome plethora of sound & strengths firing away here that it’s kind of impossible not to appreciate this fractured prism of an audio experience.  And while it’s not quite as punishing as literally listening to a broken answering machine would actually be by a fair stretch…a little enhanced structure like you’ll find here never hurt no one.

“Let The Chips Fall Where They May” is pretty outright exciting stuff at the nuts & bolts of it all.  I’m assuming that Eric Tang is the featured guest/vocalist here, based on my past experiences with the music of Granular Injections from the past in check out collaborative cuts like “H.O.T.,” “Aftermath” and our first introduction through the single “Slow-Motion Dosing” – but admittedly, this is my first time hearing GI without the accompaniment of Damien Q.  Ultimately, a singer can make a tremendous amount of difference to an overall sound & the direction a song will take…and I gotta say, it was particularly rad to get a dose of Granular Injections in an all-new light unlike any I’d witnessed so far.  This combination of styles between Eric & GI was really well suited to each other’s strengths…it really felt like they got the maximum potential outta this one.

Some things will be perhaps more easy to love than others…that might be fair to say; and in terms of the average everyday listener out there…heck, there’s still a good chance that a cut like “Let The Chips Fall Where They May” might be a bit too on the fringe for the Top-40 crowd to grasp.  That being said, we all know that the real art & craft of music also lies well outside of the Top-40 realm – and it’s truly the stuff you’ll find right now in the independent scene like Granular Injections that tend to be pushing it forward.  Is it gonna be for everyone?  Maybe…maybe not…there’s a pretty agro sound at work in the main hooks of “Let The Chips Fall Where They May” that is addictive to me, but could very well scare the shit outta some other people listening…I’m fine with conceding that.  But if we’re looking at this cut from a production level…I mean, c’mon now folks…every one of us should damn near have our breath taken away but the sheer amount of intensity, melody, and digitally epic sound you’ll hear comin’ atcha.

It’s a wildly savage cut all things said & done…kind of like something like Prick from back in the early/mid-90s, but with much more updated production that sparkles in all the right ways on the surface, and hits just as hard through the stunning complexities at its core.  I’ll say this…I was never sure if I felt like the verses could have actually been stronger or not, or whether it was as simple as being THAT impressed with just about everything else by comparison…that make any sense?  I eventually settled on that being truly the case – I like the verses just fine really – but I freakin’ LOVE absolutely everything else I hear without question.  There are elements of the verses I really like – especially when the backing vocals show up to add more emphasis & punch to it all – and when it comes to the chorus, the ante is upped so severely that you can’t help but practically stand back and marvel as you listen to the master’s grip GI’s got on containing this sound and somehow avoided a straight-up nuclear meltdown in the mix altogether.  Because like I said, there is a LOT goin’ on – but it’s also highly methodical and really well thought-out, planned, and clever in how it moves with such deadly pace and sound that leaps straight outta your speakers.  For myself personally, I think a lot of it came down to the sound of Granular Injections itself – whereas like, in the verses you get a little less of it, and in the chorus, you get a whole lot more – as a result, it was probably a foregone conclusion that I’d be loving that latter part just that much more.  To me, it seemed like the more that was going on in “Let The Chips Fall Where They May,” the more I was massively impressed by the mix & the enormity of sound being created in this collaboration.  It’s a HARD-HITTING cut when you really absorb it all – and how catchy it can become is almost audibly defiant in that regard…this is that Electro/Industrial fusion we all kinda hope will come our way but so rarely does.  From the pulse & swirl of the music, to the gripping chorus and digitalized torment in the vocals roaring to life at Eric’s most intense as he sings “I won’t tear apart your life” – they might spare your life, but they have no interest in sparing us any quarter when it comes to the high quality of this cut – “Let The Chips Fall Where They May” is a real killer dose of spectacular sound that takes no prisoners.