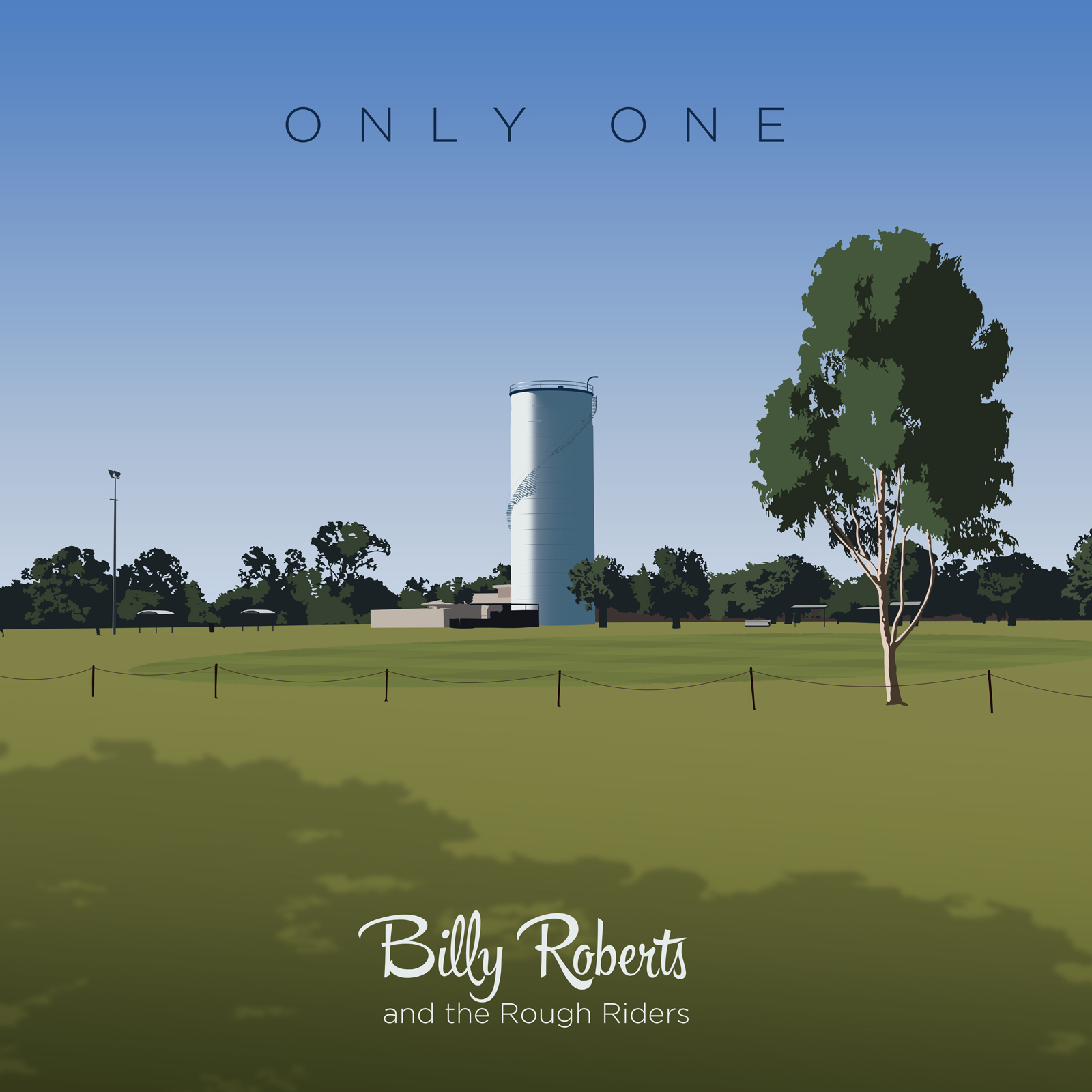 Billy Roberts And The Rough Riders – “Only One” – Single Review

I admire the fact that the last several times we’ve heard from Billy Roberts And The Rough Riders over the course of a bunch of singles and albums we’ve reviewed in the past that their sound continues to shift within the borders of Rock and find new directions that work for their own personal style.  I can remember long ago when I’d first heard their music…I’d compared them to a Canadian band called the Headstones if I recall correctly.  To the credit of Billy Roberts And The Rough Riders and the different avenues they’ve gone down with their music as of late – they’ve already changed more within the span of three records than the Headstones did throughout their entire career.  So there’s that!  Take it as evolution through musical-exploration and determination to mine-out impressive new ideas in rock that still bear the roots of a classic influence, style & sound.

I noticed when I was checking out the catalog of songs at their Soundcloud page that the new single “Only One” was listed as ‘Pop’ – which…well…I suppose that’s accurate by the standards of Billy Roberts.  This would definitely be among the most Pop-influenced sounds I’ve heard from them so far…I don’t want anyone to think that all of a sudden he’s got an electro-beat thumping mindlessly away in the background…it’s not like that.  We’re talking about Pop in the Rock sense – you follow me?  As in, what Pop used to mean…or rather, what it still means at the core of its roots, which is essentially sweetened melodies and a brighter, sunnier disposition.  “Only One” has all that for certain…so the ‘Pop’ label is actually as factual as it is insightful as far as I’m concerned.

“Only One” has that familiar, signature authenticity that is a staple-element of Billy Roberts And The Rough Riders’ music…I’ve always appreciated the incredibly honest sound I’ve heard in their music over the years and find that feeling in their music still radiantly present in their current material.  On their way to the release of their upcoming album Greenbah, “Only One” is the latest impressive single to come from what continues to develop into a diverse set of songs in the rock-genre made with real passion, grit and heart.  What I really liked about this particular single this time around was that I completely felt like the music stood out for its excellence from beginning to end – and I liked that on “Only One” you get the sense that Billy Roberts himself made an added effort to insert a bit of extra character or ‘performance’ into this one.  However you’d like to describe it, you’ll know what I mean when you hear it…he keeps it loose, relaxed, melodic, and honest in a way that I would think will sincerely connect with those that listen.  Let me explain that a bit…

For me, “Only One” had the warm, familiar glow to its recording and production that the album Murmur by R.E.M. had long ago…and in a similar sense content-wise, this new track from Billy Roberts And The Rough Riders is about as ‘rock’ as the singles “So. Central Rain” or “(Don’t Go Back To) Rockville” were.  It has a spirited sound that lines the melody in the piano & bass-led verses…and in a similar style to early Stipe, Roberts mumbles, slurs and gently growls out lyrics that allow you to comprehend the feeling more-so than the words themselves at times.  I’ve never had an issue with that…in most cases and certainly this one I consider it a great excuse to revisit a song and listen again for what I missed the first time around – but more importantly…it’s also a recognizable strength in a songwriter’s music when you can communicate the feeling, sentiment, mood and tone without having to catch each and every word.  For the most-part, I think you’ll catch most of them as Billy swaggers along through the verse – but what you’ll also notice for certain is the way that the entire song really springs to life in its chorus.  Like a barstool prophet lifting his head up to dispel the wisdom to all in the pub at the end of the night with that drunken-intensity of ‘you need to know this fact right here and right now’ – Billy brings noticeable energy and heart to the song’s sweet-intentioned chorus.  Not only did I love the hooks in the guitars that continually creep into the music & mix more & more, eventually taking on impressive solos and displays of musicianship – but I really loved the way the chorus drifts into a final round of instrumentation to take this song to the end.  Billy sounds like he’s gone from that energy of a second-wind into almost muttering a reminder or mantra to himself…it’s a performance that I think really echoes the sentiment of this track built on memories, emotions and reflections on times gone by.

There’s an innocence in this tune that I think is audible and earnest…it sounds natural and certainly entertaining…a solid addition to their catalog and further evolution in their music.  I personally think “Only One” came out really well for them…I’d go as far as to certainly encourage them to continue to explore these twists of Pop into their Rock style…because this definitely works.

Find more music from Billy Roberts And The Rough Riders at their YouTube channel here:  https://www.youtube.com/channel/UC-Fj5L70KfWvrhORMjkF6fQ

Tags: Billy Roberts And The Rough Riders Only One Singles sleepingbagstudios