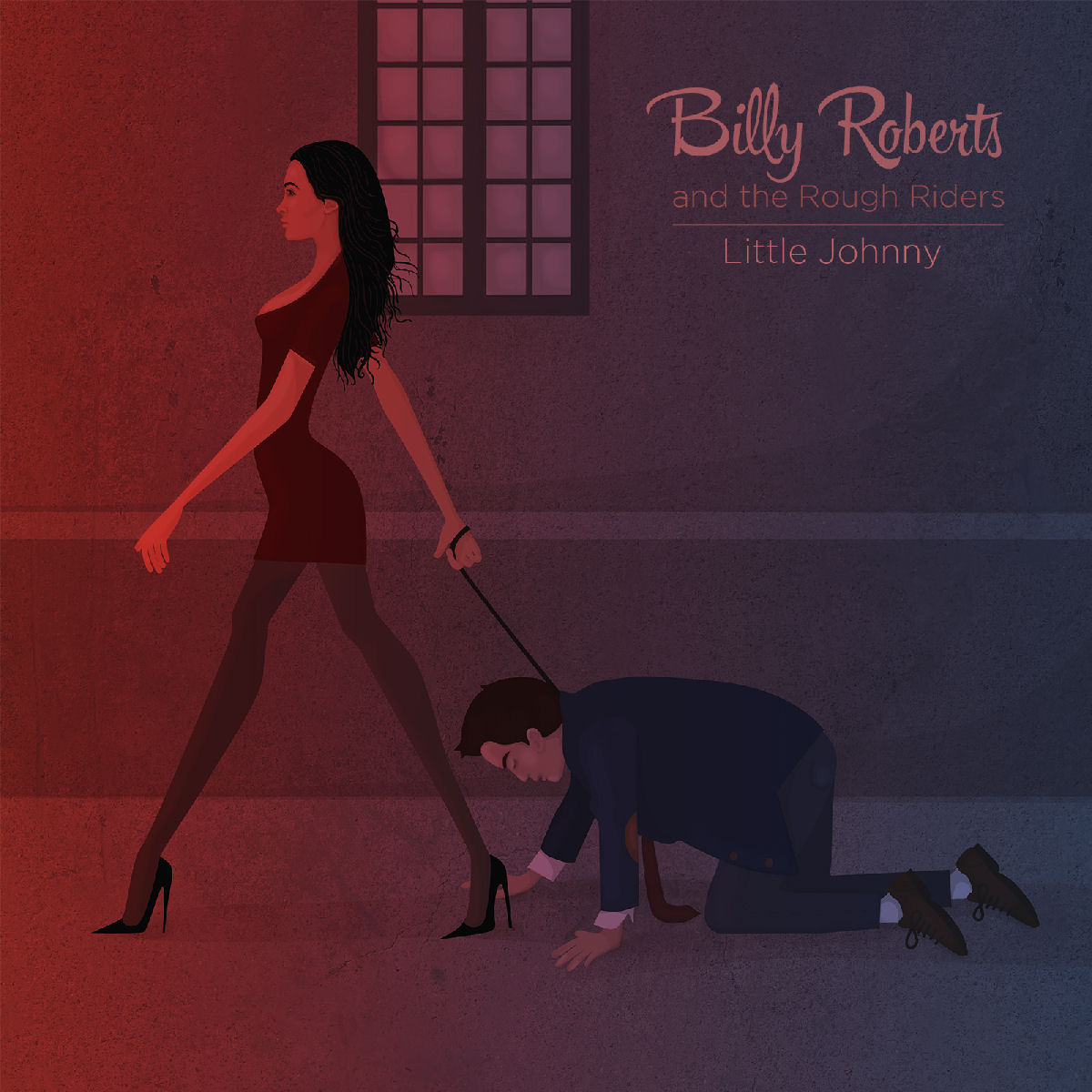 As I’ve mentioned many times throughout our pages in various reviews that feature artists and bands we’ve had the chance to listen to several times over the course of their careers, it can be a real pleasure to have that opportunity to sit back, take it all in and really hear someone develop over time.  One of the hardest working musicians in the independent-scene that we know of – Billy Roberts – is heading into the prime years of his songwriting right in the here and now…and after several reviews over the years on the music he makes with his band The Rough Riders, it’s great to hear this guy right in the pocket of the grooves and rhythms of his tunes like this new single “Little Johnny” from the upcoming album Greenbah.

If you have been following along at the pages here, then you know that this time of excellence was in the cards for Billy Roberts And The Rough Riders.  Many steps have been taken in the right direction; he’s always been a gifted songwriter…but one that I truly believe we have seen and heard an evolution in over the course of listening to the music.  Throughout different singles, albums and recordings…we’ve been there listening along the way; Billy Roberts And The Rough Riders started out in our experience much more leaning towards the straight-ahead rock vibe.  Slowly but surely…he made moves to evolve the sound into something that was much bigger in its ambition and scope of ideas with his last album Go By Myself, where he started to take the music in a much more artful direction.  For a guy with a rasp in his vocals that sounds like the dude that takes his coffee black first thing in the morning with a pack of smokes & a middle-finger up and has been for years & years…he’s changed a lot more through his music than maybe even he himself would give credit for.

He has a sound to his voice that makes him seem like there’s a real mythology and legend behind it, like the tales of a man that has seen the world and all it has to offer many, many times over…a tireless wanderer.  With additional drums from Ed Glass and guitar from Alex Quinn – Billy Roberts has captured the essence of that mythological and intriguing sound of his that’s been evolving, changing and refining on the new single “Little Johnny.”  The bass-lines and violins stand-out as well…subtle-but-effective background harmonies keep the haunting atmosphere covered in its dusky atmosphere…and Billy…well…Billy keeps on keepin’ on.  I’ve always enjoyed the sound of his voice personally…whether it’s been uptempo, or more paced-out, atmospheric and melancholic like here on “Little Johnny” – he’s always sounded like the real-deal to me.  For what sounds like a truly classic-sound of rock in his voice…you’d actually be surprised at how much more rare it is to hear anything like it out there right now…and if you do, it’s probably not done nearly as well.  Because chances are…anyone else out there, is probably faking it…and Billy Roberts wears the characteristics of rock in his very DNA.

But I’d say after having had this privilege of listening to Billy Roberts And The Rough Riders make these refinements to the music and sound over time…that they’re really hitting that golden-groove right now.  The music is working, the atmosphere is strong…and these songs he’s writing now have a seriously captivating and gravitational pull to them…like how “Little Johnny” moves at the perfect pace where you feel like you can absorb 100% of every moment and everything happening in the music as it plays.  Some people call that clarity…and they’re not wrong to do so…it’s definitely a form of clarity – but while some might argue it’s the clarity in the mix, I’d argue it’s the clarity of the vision now coming together as it should be.  I think “Little Johnny” has the signature-stamp of Billy Roberts And The Rough Riders…but I also think it showcases that real low-down & dirty Lou Reed-inspired vibe that sounds thoughtful and timeless throughout its duration.  If anything…I’d assume that’s the direction that Wild-Billy has always been heading…that legendary combination of poetically-dark words colliding with sincere & honest rock-music.  I think the added guitars of Quinn sound spectacular…really well played and stunning tones that add just a little hint of the blues into this cut.  I think those violin sounds are extraordinary and really fit this song perfectly as well…and overall, “Little Johnny” is certainly a reflection of some of the best of Billy Roberts And The Rough Riders.

Though I have to admit…I seem to remember being really ecstatic about the lead-singles of his last record as well…so I’m pretty sure I’m correct in my assumption about Billy Roberts And The Rough Riders making their best music right in the here & now.  It’s all taken time to develop and refine into real sonic-experiences like “Little Johnny” are now – but I think the evolution of the music has always trucked along at a logical pace; I just happen to also think that once you start to crest that wave in the arc of your career, you usually get the good fortune to ride on it for a while.  Right now…the best thing I can say to Billy Roberts And The Rough Riders is to enjoy the moments as they come…they’re making all the right moves, sounding more spectacular and tight each time we hear something new, and clearly inspired to continually push their style & sound in excellent directions.  “Little Johnny” is a fantastic example of fully-realized vision coming to full-fruition, a solid lead-single, and I’d expect that there is plenty more excellent music in-store from these guys on the new record Greenbah coming soon.