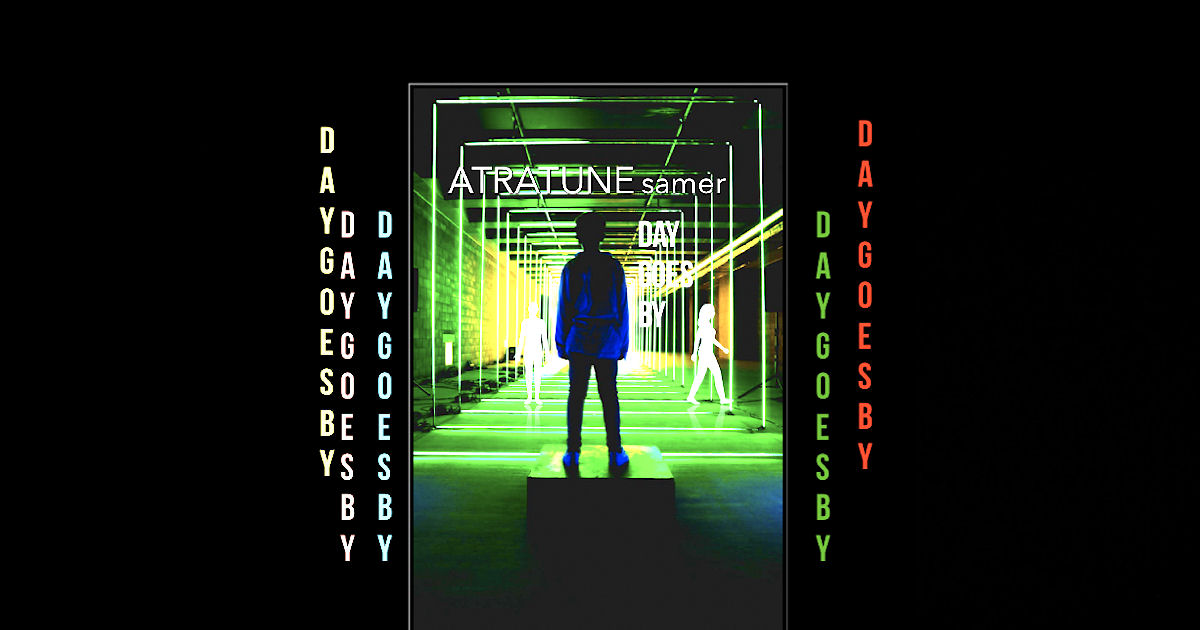 As I pulled up the Soundcloud page for Atratune and began to listen to one of these new singles here in review, called “Day Goes By,” I couldn’t help but feel someone already beat me to the main point I’d be making while I looked over the comment section.  Right there, first in-line, was a post from someone out there that was feeling exactly how I was feeling IMMEDIATELY in listening to the new Atratune single – it read simply:  “This is your best track.”  And honestly, no matter what I end up writing here – I don’t know if I could put it any better than that.  You can instantly hear the improvement here in Atratune.

Like…for real, this is sparkling stuff!  “Day Goes By” has that incredibly uplifting vibe that’s a signature staple of Atratune’s style & sound – you couldn’t possibly miss it in this song, it’s in the music, it’s in the vocals, it’s threaded right into the very fabric of the writing!  If there’s one thing beyond all others that I love hearing in an artist’s/band’s material over time, it’s those steps forward…the refinement…the evolution; I’ve been listening to Atratune’s music since early 2018 and each time, there’s been an improvement to some degree in every experience I’ve had, which there have been plenty since.  It’d be hard NOT to be impressed by that – clearly this project of Samer Abou Hassan’s has been absorbing what the people have taking away from their listening experiences and incorporating all kinds of ways to level-up from the best of the advice he’s been receiving.  And no – I’m not implying we’re responsible for that…hopefully we’ve written a few encouraging words that have helped push his music & career in the right direction – but if you look at his social-media pages, you’ll see the feedback comes from everywhere & just about everyone out there.  The general consensus can be a powerful source of advice when going forward with your music…my point is that, one way or the other, Atratune is listening, adapting, changing, & tweaking those small details to get the maximum out of his material now – and when a song shines as brightly as “Day Goes By” does, you’ve got proof that these improvements work.

The potential in Atratune has always been there from day one…so what’s changed?  Time for one thing…that’s always a key part of fully tapping into any artist’s or band’s sound ultimately…and I’m sure that counts for a lot when it comes to Samer’s work as well.  From what I know & what I’ve personally experienced, he’s making music around the clock pretty much all the time…with that kind of dedication & commitment, it’s bound to speed-up the evolutionary process and yield results even more quickly.  Noticeably however…is a name I didn’t recognize from my past reviews on Atratune this time around though – and it may be a massive factor in why these tunes have come out sounding as spectacular as they do – it seems as if Samer’s enlisted Sherby Records to handle the production of these new singles.

And after everything I’ve heard on both “Day Goes By” and “After Midnight” – I might just argue that this could very well be the best investment Samer’s ever put into his music & career.  Everything about these tunes sounds like an enormous step forward for him yet again…this IS the best he’s sounded.  Like, once I’d heard “After Midnight,” I was convinced I’d just heard him at his best, again, after JUST feeling the same way only moments prior when listening to “Day Goes By” – what’s to not love about these new Atratunes?!?  Evolution can be a natural thing, sure…but that doesn’t mean it can’t be stunning at the same time…and that’s kind of how I feel here in listening to these new songs from Atratune – stunned, truly.  I think it’s absolutely remarkable how far he’s come in such a short period of time.

I’m also truly impressed by the production…honestly, I think it might very well be a large part of what’s making the difference here.  Atratune deserves a large share of the credit of course…songwriting-wise, I think it’s probably also arguable that this is some of the strongest stuff he’s put out there so far & the catchiest as well.  What I love about this partnership with Sherby Records on these songs, is that it’s clear they adapted to him, not necessarily the other way around; there’s obviously give & take in any relationship between creative-types, but you’ll get what I mean when you listen to the differences between both these new singles.  To me, as a fan with a frame of reference for Atratune’s past material, I can tell ya firsthand that the polish on the production of a song like “Day Goes By” shows what kind of professionals that Samer is working with at Sherby…because that’s HIS sound, just 100% fully enhanced & brought shining to the surface for all to experience, exactly as it should be.  Again, you’ll get it when you check it out (so do that above!) – this is much closer to the inspired roots of this project that you already know & love, but captured so brilliantly here on this recording that it’s like there’s all-new life in the veins of Atratune.  More than enough hooks & catchy sound to warrant its single-worthy status; you can easily hear absolutely everything going right from the music to the microphone on “Day Goes By.”

“After Midnight” is essentially right up my alley – I love energy & melody in a musical dosage like this.  What Atratune’s got goin’ on in this second single is a lot closer to what I love about, say the music & sound of something like Owl City…beautiful natural tones, solid mix of digital ingredients swirling through the atmosphere, providing a wonderfully uplifting vibe that gives you that feeling you could go out & conquer the world with this as your soundtrack.  Not that Atratune hasn’t incorporated synth sounds or Electro-inclinations in the past…but again, I’d reckon it’s this partnership with Sherby Records that might be what’s having the production shining so spectacularly throughout this tune & getting the best out of Samer, especially on the microphone on “After Midnight.”  Musically, I’m thinking this might represent more of a collaboration between the two entities, combining their own individual expertise as one perfectly throughout the flow & sound of “After Midnight.”  Whatever the recipe is or may be – I can’t help but feel that just about everyone out there would agree that, whatever’s taking place across the internet way over where Samer is…is truly a beautiful thing.  The evolution you can hear in his music – and ultimately in his own abilities, confidence, tone, and performances…is absolutely something he should be extraordinarily proud of.  Not a thing out of place on these two new singles from Atratune – every angle has been covered, the attention to detail is staggering, and literally everything sounds great from the attitude in the lyricism, to the energy on the mic, to the brilliantly sweet & solid vibes he’s got goin’ on in the music.  If this is the quality & level he’s already at after such a short timeframe, there’s truly no telling just how far Atratune could go…and if these new singles are any kind of indication of what he’s got in-store for us, I think we’re all in for a new phase of this project in 2019 beyond our wildest expectations.  Very excited by what I’m hearing in these songs Samer…really well done brother. 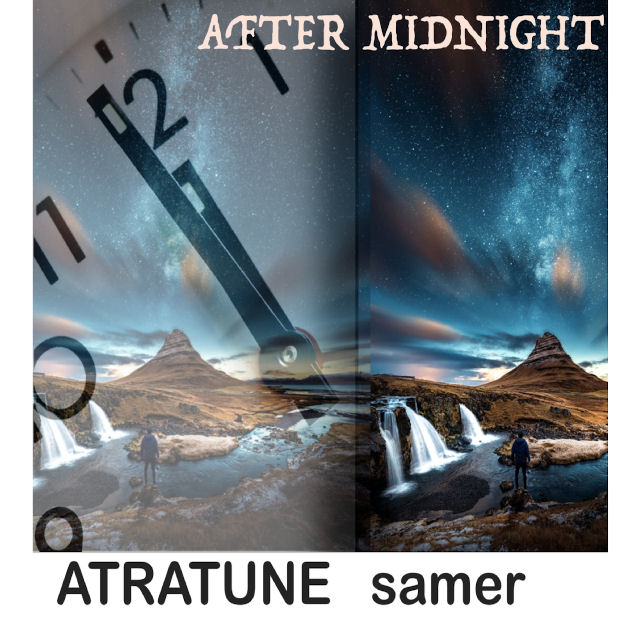 Find out more about Atratune from the official pages below!