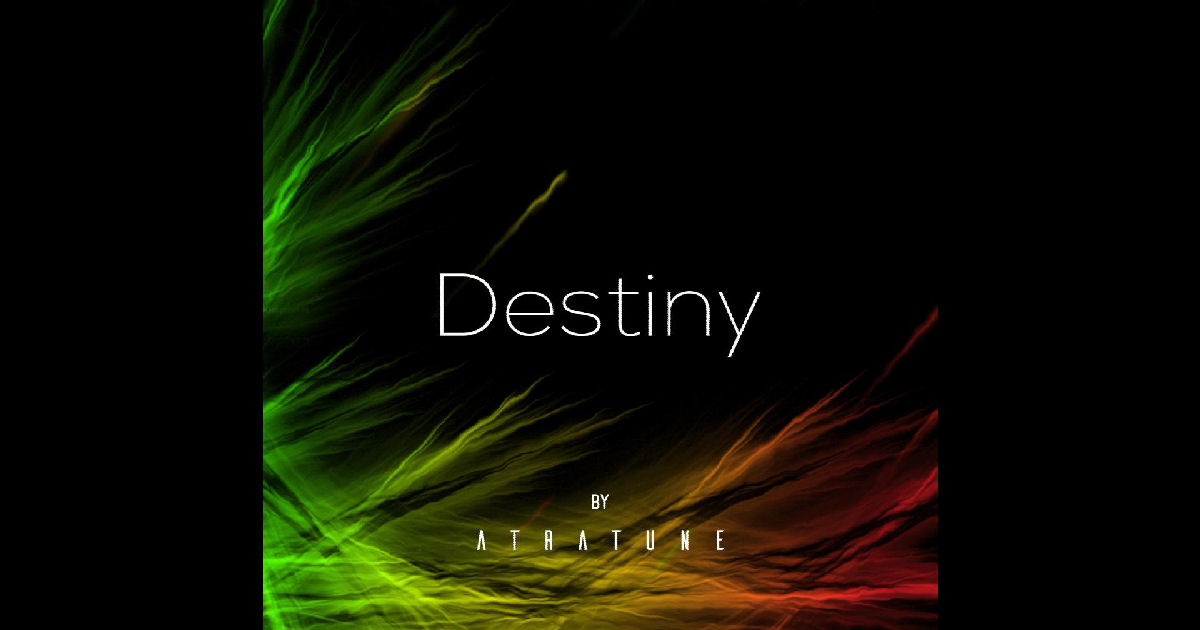 Like I had mentioned on the SBS Podcast in our latest episode, Atratune has already had quite a busy year!  Videos & music of all kinds, thousands upon thousands of plays on his channels continuing to rack up – the support behind the ever-sweet sound of Atratune is clearly gaining traction with the listeners out there.  Makes enough sense to me – the creative mastermind behind the music, Samer Abou Hassan likes to try all sorts of different stuff and that inspiration driving him is something that is always present in the vibe of his music.  The results are quite often as uplifting as they are melodic.

Take the song we played on the last Podcast, a track called “Destiny” – a single from Atratune that takes on an impressively fresh blend of island-vibes, electro, and reggae.  If you listen closely to the words, you’ll hear lots of heartfelt lyrics that have an honest & empathic tone that suits the lyrics & their intentions perfectly.  A lot of “Destiny” deals with love – but a lot of the song also deals with the way we interact with each other on a much more magnified & worldly-scale.  There is valid social commentary with insightful lyricism that really hits home – check out the verse that plays around the ninety second mark – that’s powerful stuff and the vocals from guest PreciousChiderra have the perfect energy & edge to deliver the message that “Destiny” is ultimately trying to make.  Essentially, the vocals don’t just communicate the heart of the message, but also give the words a sense of urgency that reflect the importance in what’s being said throughout this tune.  Really well done overall…the reggae/island thing isn’t usually my thing personally, but I actually quite like the way that this song moves, the way the entire range of sounds pop & sparkle in the production, I like the effects on the vocals and the chill vibe of the song in general.  If I had to pin it down – it’s that verse right around the ninety second mark that really sells me on this song – but there’s a ton to appreciate in the smoothness of the vocals & rhythms that surround it as well.  More than anything though – it’s socially insightful songs like this that can establish that firm connection between the words and what they mean – and THEN communicate all that so perfectly over the mic to those of us listening…that’s the most impressive aspect of “Destiny” each time you listen.  It’s promoting unity and togetherness at its core – the world can use a whole lot more of this message right now. 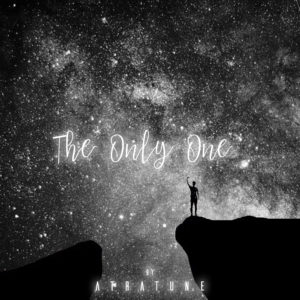 In many ways, “The Only One” is the quintessential rock-song…the definition you’d find in the dictionary.  Maybe a bit dated somewhat in its style – but timeless in that very same sense.  Think something along the lines of what might happen if Bruce Springsteen and Soul Asylum were to make some sort of hybrid sound…it’d come out “The Only One,” I guarantee it.  In other words, you get the earnest & honest melody, you get the showmanship (which is accented even more by the live crowd sounds), you get that folksy-rock & slight Americana/Country-Rock style creeping into the fabric of what creates this single from Atratune.  In many ways, I think this could slide right onto a record like Grave Dancer’s Union by Soul Asylum and no one would bat an eye…we’d just all assume it was them.  A lot of that comes from the stylistic crack in Samer’s vocals, which really end up giving his performance a totally endearing sound…almost like the embattled rock-star hauling out the greatest hits for one more tour.  And while he could have clearly chose a more polished approach if he wanted to – I think he’s given this song the energy it calls for and found a great match that really works for the most part.  I think there’s maybe a spot around the 2:40-ish mark where you can hear him struggle to hit the tone he’s looking for – but he gets close enough to pass in the end, and for the better part of this entire tune, he’s sounding fantastically bold & confident.  I think Samer does an awesome job of singing this tune for 98% of its length or perhaps slightly more – and ultimately, I think it’s because he sounds so into it that it sounds so enticing to us.  Hard to say for sure – he’s written hooks that are guaranteed to grab the attention on this tune, especially after more than one listen…this song will definitely get stuck in your head, but the uplifting spirit and energy it provides will get stuck in your DAY – and ain’t that a nice problem to have?  Impressive guitar solos on this tune get the extra bonus points – the original version of this song certainly satisfies and delivers on that mix of sweetness & good-times that Atratune does so well.  Probably the most ‘rock’ I’ve heard from Atratune so far really…definitely a style I’d continue to explore if I was Samer…”The Only One” is a single-worthy tune and I could definitely hear it appealing to a lot of ears out there. 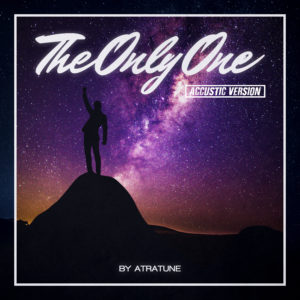 As cool as the original was – I think the acoustic version of “The Only One” allows you to really appreciate the guitars and the melody they provide this single with even more.  What I love about this version in particular is that, even though by its acoustic nature making it all sound like more of an isolated & intimate moment – Samer is still singing this song like he’s in front of an entire coliseum’s worth of people and giving it everything he’s got.  The guitars are supremely clear in the mix and endlessly impressive as well.  That spot I pointed out around the 2:40 mark of the original is approached differently as well on this version – and in my opinion, that was a great move and an improvement on the original writing.  It’s still somewhat the idea, just approached with the bolder-side of his vocal tones instead of audibly searching for the right lighter ones like you can hear somewhat in the original version.  With the rest of everything going so RIGHT around him – in BOTH versions – that was really my only complaint, and now here in “The Only One (Acoustic Version)” there’s no reason to complain at all – Atratune has already patched up the one spot where I had any advice to give him!  So now we’re all here reading this and listening to a great song, knowing that there’s nothing else for me to write but good things to support the vibrantly colorful melody and heartfelt lyricism that Atratune’s created for this second version of “The Only One.”  So I suppose you can all fill in the rest of the blanks from here…or better yet, you can listen to it for yourself!

But rest assured, I like the fact that Atratune is willing to try so many different things with his music, style, songs, & sound – I think it’s highly admirable.  And while it’s a given that experimentation will lead to all kinds of ups/downs, peaks & valleys, throughout a long music career – the benefits artistically are immeasurable and the creative freedom of trying new things is the best thing I can think of to be addicted to.  And for what it’s worth – when it comes to these three new additions to the Atratune catalog, I think these song all qualify on the ‘up’ side of Samer’s career…both versions of “The Only One” are extremely well played and offer their own unique perspective on the writing & sound – and “Destiny” is a vibrantly colorful song that could end up appealing to an entirely different audience.  Or both!  Like I said…from the looks of things online, everyone is making their way over to check out an Atratune song or two from what I can see from the hit-counter.  It’s kind of a nice feeling to look at that & see genuine support coming in for a guy that sincerely puts his heart into every moment of his music.

Find out more about Atratune from the official page at Facebook:  https://www.facebook.com/atratune/