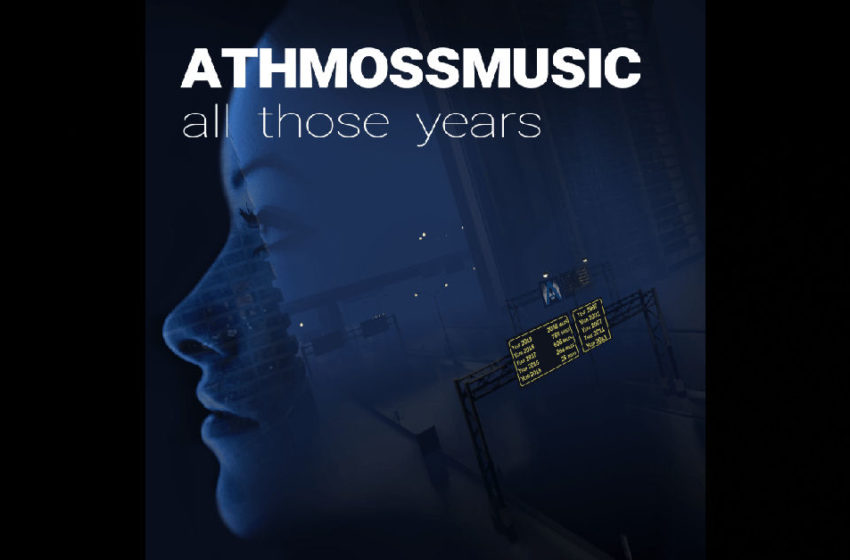 Athmossmusic – “All Those Years” – Single Review

…how many of you out there are bakers, cooks, or chefs?

You don’t necessarily need to be a professional in those areas…maybe you just cook at home; my point is that…well…I suppose you all know better than to tinker with the recipe when you know you’ve got all the right ingredients right?  Like if you baked a cake, and it came out more or less perfect, you wouldn’t be tempted to just go and rewrite the recipe for the next time you made one, would ya?  No, of course you wouldn’t.  Believe it or not, music has quite a few similarities in that regard…you want the right measurements, the best ingredients you can get, and ultimately, if you can find that perfect balance, you know exactly when you got everything right because the proof is right there in the pudding, ain’t it?

“All Those Years,” all that effort, all that creativity, all that time you put in…it has to add up to something right?  It certainly has for Athmossmusic – a project that we’ve had the privilege of being able to hear evolve & develop over the past five years or so, though originally under different names with different lineups & combinations driving the music.  Like I said…when you get the recipe right, you know it; and when Athmossmusic put out the album Music Box – The Tragic Story Of Arabella Jones back in 2018, it was completely clear that this project found the ultimate version of its core players & a magic that worked.  Not messing around with their recipe for awesomeness, they’ve kept the lineup intact for the new single “All Those Years” – and as a result, the quality, consistency, and skill you loved from Athmossmusic is still right there in the spotlight for ya.  A highly talented crew overall with plenty of noticeable strengths that complement what each other player brings to the band, you’ve got Sándor Dios slaying the drums, Slinky grippin’ ya with the guitar-work, and Imre Mészáros taking on the songwriting, vocals, keyboards, and bass.  Everyone holds their own when it comes to “All Those Years” – you simply won’t find any weak-points in the lineup when it comes to their individual talent, or what they bring to the band overall when they combine their skills together.

What’s interesting is the perception of the creator, versus the perception of the listener – and I’d be willing to bet that people will hear “All Those Years” in all kinds of different ways, leading to opinions that could be scattered far & wide in terms of the feedback they’ll get on this single.  According to the band’s website, this was a noticeable switch from the dank darkness that their last album was draped inside of…and “All Those Years” is a “rather optimistic and catchy tune about our journey through the hardest stages of life.”  And…well…yeah…there you have it, straight from the creator.  Do I think that’s how it’ll translate to listeners out there?  Possibly.  I think there are distinguishable moments that show the positive cracks of light…but let’s be real here Athmossmusic, we’re still talking about cracks aren’t we?  The lyrical imagery is heavy…the energy has serious weight to it…the words have massive amounts of contrast between the light & dark…the aggression in the music is almost certain to have people assuming that “All Those Years” is more desolate than it would be hopeful…so you see what I’m saying here?  This almost might be one of those cases where saying less about a song might be to the band’s benefit…they might want people to reach their own conclusions after a good listen or two.  Because to read about it on their website would almost have you believing that Athmossmusic has managed to make a single out of sweetness and cotton-candy…and that’s a hell of a long way from where the sound of this tune actually ends up.  Don’t get me wrong…it’s a fully solid cut that displays a ton of heart, passion, and straight-fire when it comes to the energy on display…but yeah…maybe not so much further away from the Athmossmusic we know than perhaps they might assume from the inside of the band.  To me, this is more of what we love, and still a step forward from the last time we heard them on Music Box – The Tragic Story Of Arabella Jones…but I’m getting the feeling that moving the slightest inch towards a more distinctly positive theme has Athmossmusic believing they’ve moved miles in that direction.  The final results are still a really damn good song; so whether or not that’s actually true, or anyone else out there feels the same way about this single as the band does…might not matter all that much in the end.

What’s fantastic is that it’d be impossible to pick a favorite element of what’s happening on “All Those Years.”  Each time I was convinced it was the keyboards that had the edge, I’d notice the drums kicking all the ass…and the moment I locked into those, I’d hear Slinky come out of the dark and start ripping into a rad solo…and then of course, there’s the remarkable job that Imre puts in from the mic, which has him delivering at every single moment you can hear the man, and he’s got quite a large role in this new tune.  They’ve done an exceptional job of finding unique parts that are highly interactive…it’s one of those rare cases of a song where you can hear such incredible definition and uniqueness in one part, that it’s quite amazing everything managed to come together as smoothly as it has without taking anything away from what one of the other players are contributing to “All Those Years.”  Like I’ve been tellin’ ya…when you’ve got the right recipe, you know it…Athmossmusic is continuing to build on the momentum they created as a band from the last album, and confidently come out at the start of 2020 here with a single that shows these players are fully invested & interested in every note they play.  There’s so much noticeable drama in the music of “All Those Years” – and it comes at your ears from literally every possible angle as it plays on.  The bottom line is that it’s not pretentious, the drama, the tension, the struggle is real…it might be a single that trades a bit of accessibility for its progressive tendencies, but hell, musicians love that, don’t they?  For real music-heads out there, “All Those Years” is loaded with hooks from the instrumentation to the microphone…but for the average everyday listener, those progressive chops on display in the structure & writing will likely always present more of a challenge as this adventurous single moves rapidly through its complex design part-to-part.   Of course, my hope is always that people hear a song with as much going on in it as “All Those Years” has, and simply marvel at just how much there really is to dig on, instead of being overwhelmed when they listen.  Let a song like “All Those Years” take you out of your world and listen to the excellent way this cut has been constructed, moment by moment, piece by piece, layer by layer…believe me, if you’re doing that, you can’t help but notice the amount of effort, skill, and passion put into this single from every corner of the band.  Very smart move to keep this lineup together – when it comes right down to it, “All Those Years” is a pretty damn epic track; it’s got a stellar design, plenty of dynamic sounds, and sentiment that everyone out there can support.

Find out more about Athmossmusic from the official homepage at:  https://www.athmossmusic.com