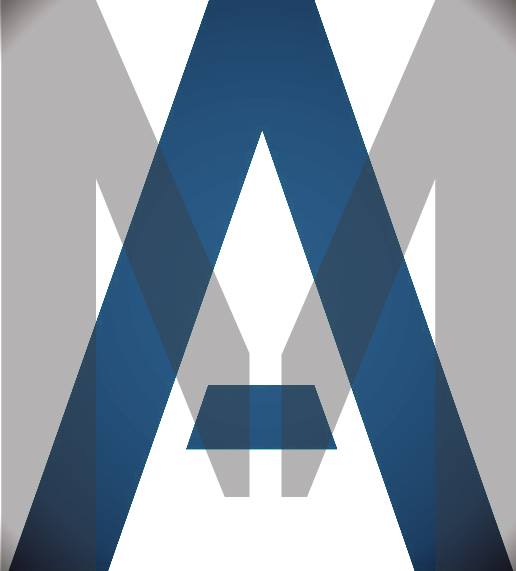 Always excellent to see things continually getting better for an artist!  In Athmoss’ case, it doesn’t just get better each time we run into him and his music – it gets bigger too.  Bigger in the sense that when we started covering his music in early 2015 it was under his own solo name of Athmoss…later on in that same year it became Slinky-Athmoss as the project continued to expand…and now here we are almost two full years later and it’s now a full-on band creating & recording songs as Athmossmusic.  Undeniably, his music must be picking up amongst the people out there because it really does seem to actually be physically picking up the people and putting them into the band as well; Slinky is still around with Athmoss at the helm of the project…depending on which website you hit-up on social-media, you’ll also find drummer Alexandrex listed…and possibly Stryfer on bass…again…depending on which site you look at *cough *cough – consistency boys!  But you get the idea…Athmossmusic is an expanded form of the vision Athmoss began long ago…a project that has either doubled in size since last we checked in or at the very least, grown by a third!  One way or the other, “Constant Change” is definitely a theme that runs behind the music just as much as within it, or so it seems when it comes to the tales of Athmoss.

Experience certainly counts for something.  Whether it’s the time spent working on the music of Athmossmusic or my own time spent listening to it progress over the years – it gives you that extra amount of insight and knowledge that, when pushing play on the new single “Constant Change” you instantly hear the bolder more confident mix, approach and sound in addition to what I’d consider to be even a more matured writing & execution.  At this point in his career, Athmoss has spent more than enough time testing the waters and I think you can tell from “Constant Change” that that time is over.  Whether it’s the more refined mix, the added strength from the new-life in the band or the material itself – I really believe you can hear a different side of Athmoss here that we’ve yet to experience.

On keyboards and providing the lead-vocals, Athmoss leads the way through a mysterious journey in sound that possesses a haunting atmosphere colliding with downward-progressions in the tone of the vocal-flow that fit this tune extremely well.  Smartly placed harmonies in the bold & powerful chorus – love the way it launches into the guitars from Slinky once it’s done and also think the song comes back arguably even stronger into the second verse with the added effects & filters on Athmoss’ vocals.  There are great decisions being made in the foreground and background of the recording that keep the song moving at an entertaining and increasingly-intense pace…the execution is sound and I felt like they’ve all really brought their best instincts and skills to each moment.  Maybe…maybe if anything…Athmoss might want to look at moments like the storm of the ending to break a bit more free from the rhythm & tone he’s working so well with the explode and expand with the energy of the music – but…I wouldn’t say anything he’s doing right now on “Constant Change” doesn’t match; it all works really well.  Just a thought for the future that may/may-not come in handy…if the change is constant and all, I figure a few suggestions can’t hurt right?

That’s the bottom line though…anything I’d say in critique would only be a mere suggestion – I think this new single is a great example of things going completely in the right direction for Athmoss and this band certainly doesn’t need my two-cents anyhow!  “Constant Change” impressed me for each part being written with real strength in sound, ideas and execution…it moves through hook-after-hook very cleverly and is tied together excellently through solid instrumentation part-to-part.  So don’t get me wrong – they definitely get the ol’ thumbs-up from me this time around.  As far as an atmosphere in a song goes…I always look for material that can take me right out of my own world and into that of another artist’s or band’s – and I really believe that’s what you get here with “Constant Change.”  Athmossmusic makes an impressive impact through a wild-ride & intensely-haunting song that shows this project is continually evolving and finding its way with more confidence and creativity every time.

I’d say don’t even get me started on the video but here I am already into a full sentence that mentions it…now what can I do?  Tell you what…I’ll show you – how’s that sound?  Not right now…for now you can check out the music from the embed above in the article…but soon…thinking mid-month we’ll be putting the new video for “Constant Change” from Athmossmusic in the next episode of SBS Live This Week.  Be on the lookout for that…because…well…because this is a video you’re definitely going to want to see; I don’t want to give it all away today and I’ll be sure to rant & rave about it, but let’s just say for now that the work and effort has definitely been put in, and the results are beyond spectacular.

No matter how you slice it – this is completely a step in the right direction for Athmossmusic from the audio to the visual – awesome job on “Constant Change” all-around.

Find out more about Athmossmusic at the official homepage:  http://www.athmossmusic.com/