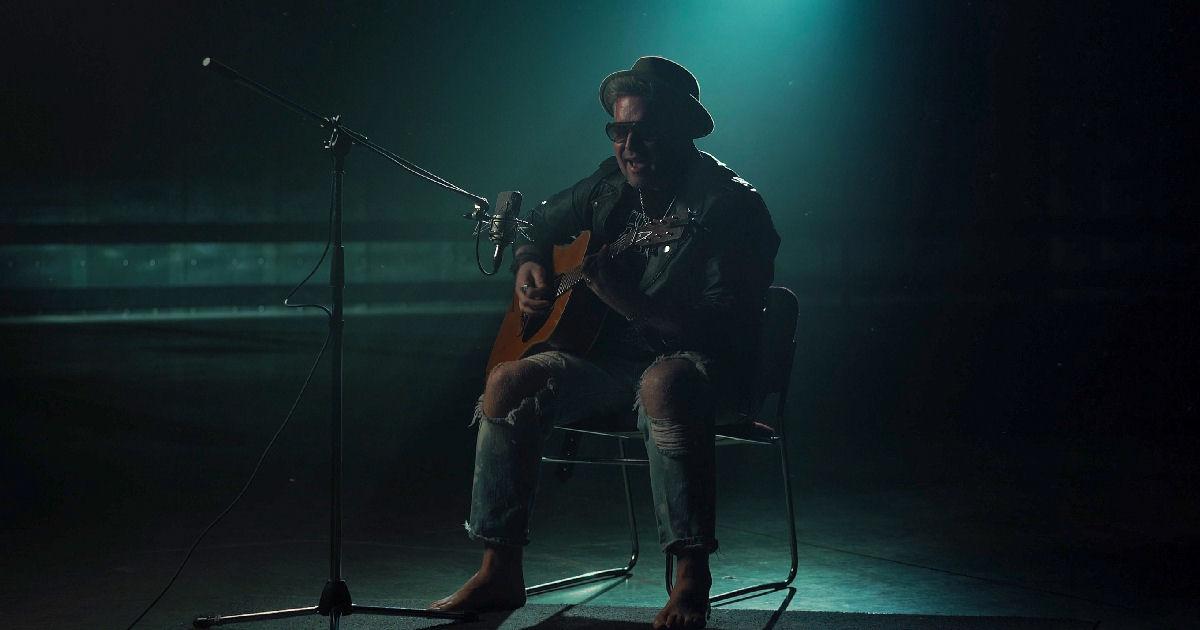 Andrew Gerard – “Who Do You Love”/”Miracles” – Singles Review

Sometimes there’s really no choice but to start over again.

While any assumptions I could make or conclusions I could draw to would be entirely speculative, according to the facts online, it was roughly two years ago that solo artist Andrew Gerard’s marriage began to officially fall apart & he and his wife began to drift away from each other.  I don’t know much about the guy…in fact, you might say that I’ve really only had the opportunity to listen for about…  Hmm.  You know it’s been about close to that same two year span actually.

I grew up in a musically-inclined environment & family life…I know firsthand the toll that love, art, and the pursuit of happiness can take…believe me when I say, it’s never an easy road to follow.  As a guy that ended up with five legal moms and three legal fathers through marriages/divorces, it was easy for me to see that in relationships, the ebb & flow shared between two people can only keep its calm until the waters of individuality start to rage again.  Sometimes it’s one, sometimes it’s the other, sometimes it’s both – and none of that matters when separation is the end result…that stuff becomes part of the details & the memories we’re almost sure to lock away over the years to come for self-preservation.  In Andrew’s case, once divorced, he tossed everything out, including all his clothes…and right from ground zero, he began to rebuild.  From the sounds of things, the split was amicable…which for those of you out there that know, it’s no less tough, but it is eventually comforting to know the people we love don’t necessarily have to go away entirely…friendships can exist – love and respect, can still exist & thrive.

What is particularly interesting about these two singles I’ve got in review here, is whether it was intentional or not to have both cuts appear here together, right now.  Because chronologically & using regular logic, there’s no real explanation for this combination other than to SAY SOMETHING specifically by having them both appear here…that’s the actual puzzle we’re working on right now, decoding that message.  Otherwise, with my opinion on “Miracles” already having been written when I reviewed his last album Run Away With Me in 2018…well…I mean I’m just not sure why he’d want it twice – he already knows how I feel about the quaint crew of musical all-stars he recruited & the shining end results of my thoughts on that song.  As far as “Who Do You Love” goes – that’s all new to me.  So the question becomes…what gives?  Simple mistake during a quick promo-blitz?  Or is all this intentional?

I do give this man credit for having something to say – and I believe it was intentional to send both these tunes over, even though I’ve already reviewed one of them.  Like all artists, I would hope in my heart of hearts that we all give them the benefit of the doubt in this respect…that they’re trying to communicate something and not just spouting off random words.  Myself included hopefully…I promise ya, personal details & what’s happening behind the music are almost something I would never concern myself with at all if I was given the option to choose…but I don’t just craft a narrative – I’m trying to say something.

What I think we have here is a snapshot of before and after…and I think that’s why I’ve got an older song with a new release here.  I think if you listen to “Miracles” and the lyrics from Andrew, the optimism in his tone of voice & energy – he’s in an entirely different headspace…but there might just be a few key clues & details within the words of this song that hinted at the personal turmoil of his future to come as well.  Signs that could have been seen…words that could have been heard; chances are, it still leads to the same end results, but the point is that I think much of what Andrew was going through and how he chose to view the situation he was in, is documented right there in “Miracles.”  I’m sure if I was to go back to Run Away With Me & listen again right now, there’d likely be other hints at the emotional struggle he was locked into at the time…writers write what they know; the sincerity of Andrew’s songwriting has always confirmed that he creates his own music from a very real place inside of him.

Visually & audibly, his brand-new acoustic-based single “Who Do You Love” reveals where he’s at today and the acceptance he’s…let’s say both found & still finding.  After spending eighteen years together with his wife, there’s bound to be a lot of unresolved feelings that’ll pop up over the years, even in an amicable split…that’s just how life/love roll for us all.  In many ways, I felt like the pairing of these two songs was an effort to reveal the before/after of where Andrew is at right now…which of course, makes the new tune set in the aftermath chronologically.  Look at the video below…it’s more than just a change of clothes for Gerard when it comes to the look of this latest single, it’s the entire isolated atmosphere he’s created with just him, a guitar, a microphone, and a lone spotlight in a completely empty studio…all of this visually stacks up and aligns with the story I’ve been relating to you.  Dude don’t even have SHOES on his feet…that could be a normal thing for Andrew when performing, I couldn’t honestly say for sure one way or the other…but in the context of this video, again, visually, these things play a role in the story that we know & the journey that he’s been through…and of course, completely support the song.

Written through a reflective perspective that looks back fondly on love, it’s clear that Andrew has been able to step back from the situation, examine it for what it was, recognize that a powerful love was shared between two people for eighteen years or so…and that the memories will always remain.  “Who Do You Love” doesn’t have him fully moving on…not quite yet…but you can also hear in his words that acceptance & understanding exists, and that there’s still plenty of love & respect for his ex as he searches for meaning & examines his own feelings internally, singing his thoughts soulfully aloud for all of us to hear.  Without all the backstory, I’m tellin’ ya – “Who Do You Love” would still hit home for a ton of people out there…Andrew’s crafted a very real song that has the entire palette of emotions we all share, right there on display, as raw, relatable, open, isolated, and intimate as can be done.  With its Blues/Pop blend of sound, the melancholy comes through in the most beautiful & sincere of possible ways…the kind of happy-sadness mix you can’t help but lend an ear or two to listen to.  Vocally, he’s brilliant on the mic in this new tune, really capturing the emotion & energy these words he’s written needed to make their impact.  From the title alone, you can draw to the conclusion that Gerard’s still got a few unanswered questions at the time that he wrote this tune…but ultimately, you can hear that no matter what the answer may be, it’s one that he’s learning to live with…and that he’s gonna be just fine.

While a lot of these things I’ve written are just theories on why these two songs arrived together, maybe there’s something to it…maybe you’ll hear the same things I’ve been hearing…or maybe I’m crazy.  In any event, I’ve always been impressed with Andrew Gerard’s music from the time we first heard it at the homepage back in 2016 with the release of his single “Falling To Pieces” – and that certainly hasn’t changed here in 2019 with “Who Do You Love.”  I’m looking forward to hearing how his art & music continue to grow from here – that’s pretty much a given really; but above all things, what I love most about this new song is that it already provides insight into the fact that Gerard is far from finished, that maybe he’s been down – but never out.  Music will be the catharsis he needs & the main tool to rebuild himself – and he sounds like he’s already off to a great start with the healing process on “Who Do You Love.”

Find out more about Andrew Gerard at his official homepage at:  https://www.andrewgerardofficial.com

Tags: Andrew Gerard Miracles Singles sleepingbagstudios Who Do You Love