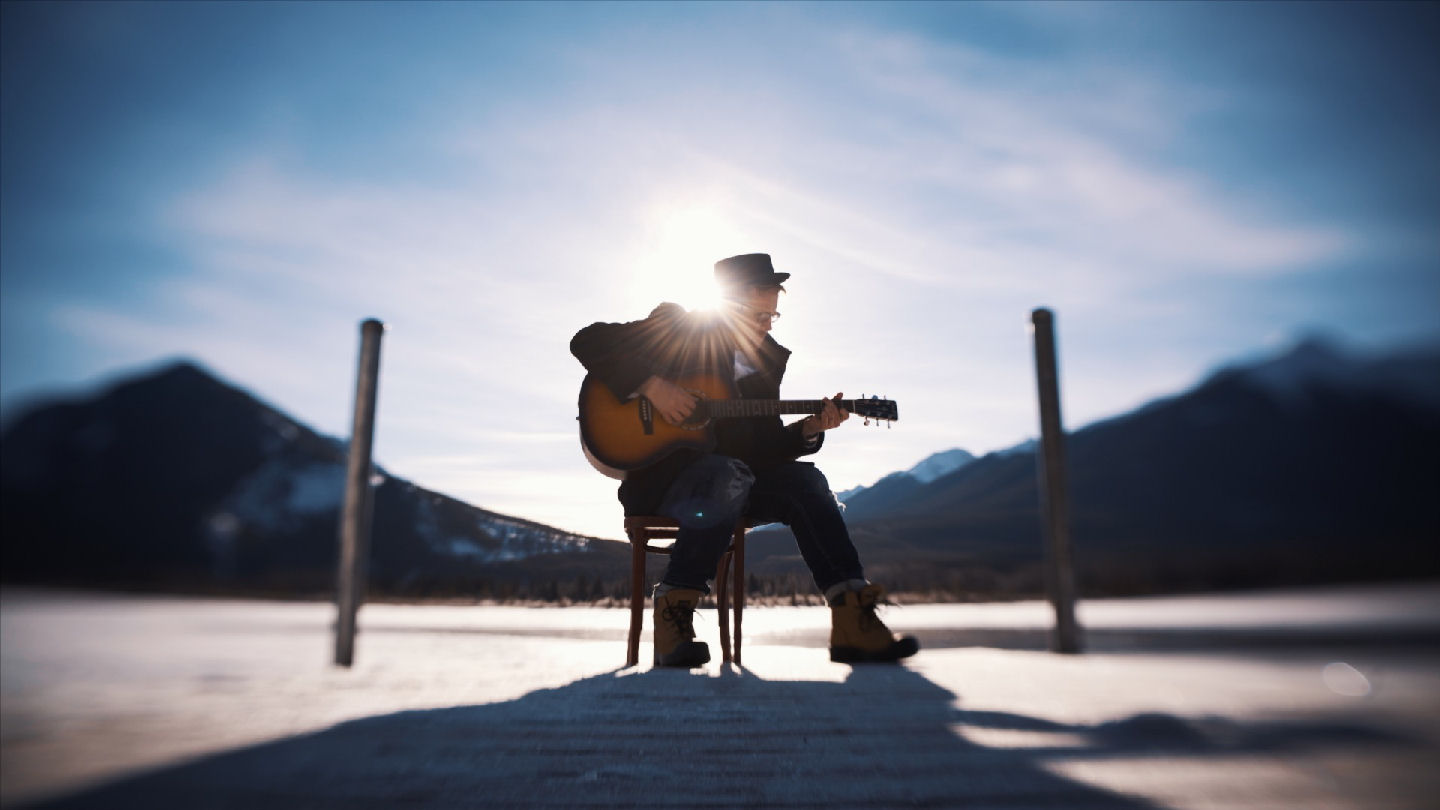 There comes a point where you can’t deny the amount of momentum you see an artist/band picking up along the way as they continue their career…some call it the breaking-point – only in this scenario it implies good things…those moments before a musician’s life irreparably changes into a whole new life.  Last time we checked in on singer/songwriter/solo-artist Andrew Gerard, he’d relocated from Ottawa to Vancouver and had worked with actress Anne Heche for his video/single “Falling To Pieces.”  Dug the writing, dug the song, definitely dug the video…it was our own first introduction to Gerard’s music and it was certainly an impressive start that indicated he was indeed already on the right path.

Well…like all great things, it doesn’t just end there for Andrew…as far as I can tell, that might just be the very beginning of opening a whole new set of doors into a lifelong career.  Check out these names he’s working with for starters…he’s got upcoming releases that feature well-known names like Rami Jaffee of Foo Fighters fame and Jessy Greene from Pink’s crew playing violin.  He’s got album art done by hometown hero/bass-player for Default Dave Benadict, the skills and talent of LA-based producer Ran Pink.  He’s also got stunning guitars added-in from the ever-reliable Tom Strahle (Justin Bieber/Taylor Swift) in the upcoming collaborations as well as on this single “Forest Fire.”  Make no mistake…this kind of attention isn’t accidental…there is always a reason that big-time names look to assist the next generation of artists/bands out there; in most cases and likely this one – you can assume that reason is because they genuinely believe in the people involved and the material itself.  Adding a name isn’t always about finding a sweet credential to add to a record or song – it’s about finding the right talent and authentic interest to really bring the art to life and I think that’s exactly what Gerard has been doing.  From audio to video, he’s covered all the bases and ensured that quality stays the focus.

No exception to the rule, “Forest Fire” also has a spectacular video to support yet another single-worthy tune from Andrew Gerard.  Personally I concluded after watching it that the man himself is not only a great songwriter…but dude’s got balls – you’d never catch me out there on the edge of the frozen ice like he is out there while singing & playing his guitar…no thank-you, no sir!  However…where there is risk there is often reward – Andrew proves that in the video for “Forest Fire” – the shots are stunning to look at and the entire setting being in the cold also provides an interesting contrast that assists in directing you to the multiple layers of meanings within the lyrics & where he’ll send you in your own imagination.  According to what you’ll read on his blog at his official website…he took months in the process for writing, recording and shooting the video for “Forest Fire” – but also according to that same blog posting, the end results exceeded expectations.  You’ll see exactly why that is, it’s immaculately well-shot and has expert direction from Fisher to guide its beautiful flow…check it out for yourself below!

Most importantly, as always, a great video has to have a great song to lead to longevity and holding-up year after year.  Gerard’s done a spectacular job of bringing out the best of the sincerity in his sound and humble vocals that echo the sentiment of the words perfectly.  Solid hooks in both the music and the vocals – the smooth flow to “Forest Fire” is put together expertly…I love the way Gerard’s vocals drift at the end of each run through of the chorus.  Through strong, beautiful and delicate notes of the guitars and backing pedal-steel tones filling the atmosphere in the verse, he quickly sets the stage for the ensuing stunning flow to follow and lead smartly into the song’s chorus.  Everything we hear from the music sounds entirely pleasant & sweet to the ears – it’s the vocals that communicate most effectively the yearning of emotions and complexity of potential meanings in the lyricism.  I’m not even going to pretend to fully get the overall meaning…I’m sure like all songs, it’s bound to be different for us all…but I’ll say this – I don’t think it’s an accident that Andrew has moved the entire setting of “Forest Fire” into the cold, icy areas you see onscreen.  Gerard is making precise, planned and thoughtful moves with his career at every turn…so I feel like the safe assumption is that he’s absolutely juxtaposed the song & video purposely…and I think no matter what the conclusion you may come to on your own will be, the bottom-line is we’ve got something spectacular to both watch and listen to.

No complaints from me here…I think the music of “Forest Fire” turned out absolutely perfect and I think Gerard does a fantastic job of the vocals and lyrics on his new single.  Everything seems to be continuing to roll in the right direction for this guy…and if he continues to pursue his music with this much care for the artistic-nature in its presentation from video-to-video…well…believe me, people ARE going to take notice more and more and more.  Keep an eye/ear on Andrew Gerard…this guy is loaded with solid ideas on how to do it RIGHT from a song’s initial conception to its final recording and video-release – and once again, I think that “Forest Fire” from its audio to video will back that claim up entirely.

Find out more about Andrew Gerard at his official page at:  www.AndrewGerardOfficial.com 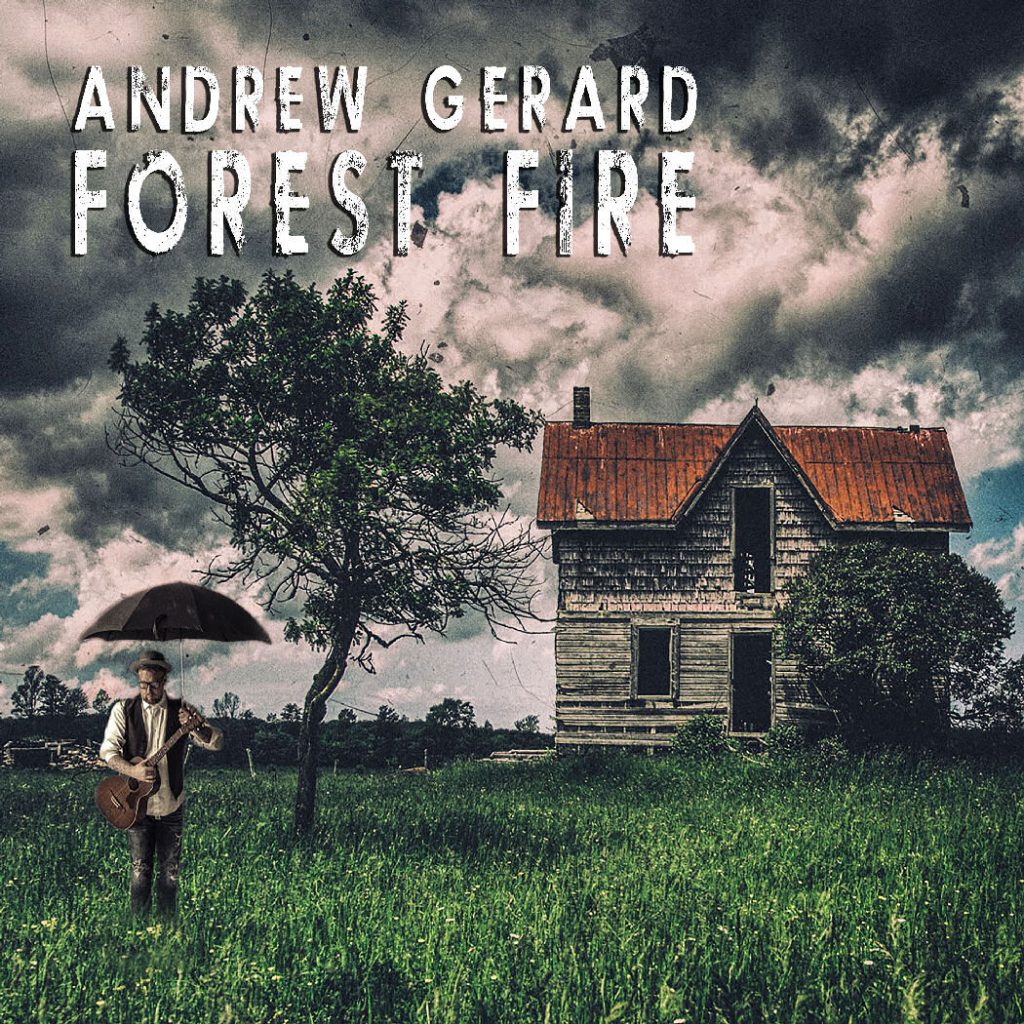