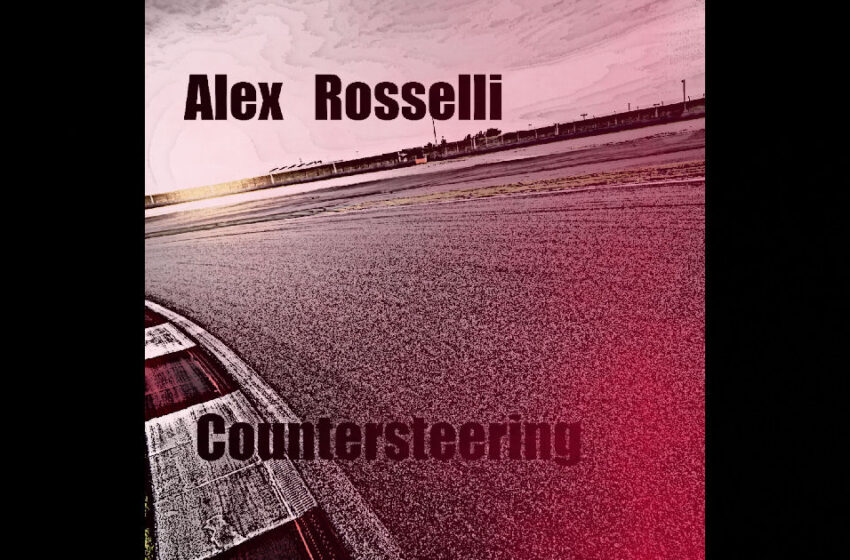 It took me longer than you’d think to develop the serious appreciation I have for instrumental music today.  Not too long in comparison to most mind you, I think I was probably around sixteen years-old when I was first pulling open new CDs of Satriani, Vai, Johnson, King Crimson & more…even those that were just underneath the surface like Lang or good ol’ Kenny Wayne Sheppard.  Soon enough I became a rabid fan, consuming everything I could without words and hitting up guitar-celebration concerts like G3 whenever it rolled into town.  While the instrumental crowd is always inherently more narrow than the widespread audience of top-40 tunes, there’s no doubt that the fans are among the most dedicated you’ll find in any corner of the scene, and quite likely, well-informed when it comes to the musicianship.

Believe it or not though, if you know where to look, you’ll find absolutely amazing players from the independent side that could easily hold their own against the best of the best out there.  When I think about my time spent here at sleepingbagstudios writing reviews & listening to music throughout the years…and what I personally dig on when it comes to guitar-based instrumental tunes, three names always seem to come to mind as a cut above the rest:  Marcelo Camela, Elmo Karjalainen…and this man right here, Alex Rosselli.  The skills in these three dudes alone could form their own G3 alliance and go on to dominate the scene if they were all connected together somehow…just sayin.’

What you might not know about Alex however…is just how “box-office” this guy really is – I can claim all I want to not know a thing about the internal numbers on our site and how well any one particular article or posting does…but things do catch my eye over time.  I can tell you for a fact that, throughout the years, there are more people out there checking into the music of Alex Rosselli all the time, and it literally shows no signs of slowing down at all.  If I poke open our stats & statistics here at SBS, it seems like at the very least, every second day someone new out there is reading up on past reviews I’ve written on his On The Beach EP from 2015, or what I had to say about him with the full-length follow-up of the album Holographic Space in 2017, or having a listen to us spin him on the SBS Podcast even more recently just back in the summer of 2020.  The point is, the interest in Rosselli’s music is clearly there from everything I can personally see here in the numbers on my side of the screen – and from everything I’ve ever heard from the guy, that all makes sense to me.

Turn it over, rev the ol’ engine, and within’ seconds, you’re off on another wild ride with Alex Rosselli as he rips his way through the gripping energy, immaculate intricacies, and amped-up antics of his latest single “Countersteering.”  Ever the master of the axe, Alex wastes no time whatsoever in getting the intensity of this cut to its maximum potential – and like the virtuoso the man truly is, STILL finds another half a million ways to impress ya and leave a lasting impact with flashy moves & bold tones as it plays on.  You’ll hear what I’m saying though when you check out “Countersteering” for yourselves; it’s not like Alex is pulling punches for that first ninety seconds or anything like that whatsoever – but it’s also pretty undeniable that once he’s got all the meat & potatoes of the track established & rockin’ reliably, that the man just starts soaring straight off into the stratosphere like he’s so capably able to do.  By the time you’re passing that ninety-second mark, Alex has not only wowed you already, but he’s set the stage perfectly to blow the rest of what’s left of your mind for the near two-minutes afterwards.  Packing every moment with superb personality & passion radiating through his instrumentation and remarkably professional skills – “Countersteering” has Alex sounding at his best yet again, because that is the true level of his standards by every measure; he likely wouldn’t even release anything otherwise.

I fail to hear anything about this song that’s not 100% worth your time in listening – this guy is simply on another planet when it comes to the talent he possesses, and no set of ears could possibly miss it.  They say absence makes the heart grow fonder…perhaps there’s truth in that, it HAS been a while since we last had Alex on these pages of ours, and “Countersteering” was that audible reminder of just how great it is to have him back in action where he belongs.  For those of you non-believers out there that think music without words can’t speak to ya – I challenge you directly to listen to “Countersteering” with an open mind and tell me you feel the same afterwards.  Alex has a genuine gift for making those strings of his speak as clear as day – and as a result, you feel the passion flow right from him into you when you’re listening to his music, “Countersteering” certainly included.  From what I can see online, it looks like he’s been fairly outta the limelight since we last checked in on him in reviewing Holographic Space…but I’d suspect with the release of this single from last year, that’s likely going to change in 2021.  Chances are the man has been hard at work preparing a whole bunch of new tunes for ya – amazing music like Alex Rosselli makes doesn’t just happen overnight, so give him some time, it’ll be well worth the wait, just like this single was.  “Countersteering” is proof that he’s alive & thriving still, wherever he might be – & I’m gonna take it as a sign that there’s even more awesomeness likely to come just around the corner.

Find out more about the music of Alex Rosselli at his official homepage at:  http://www.alex-rosselli.com