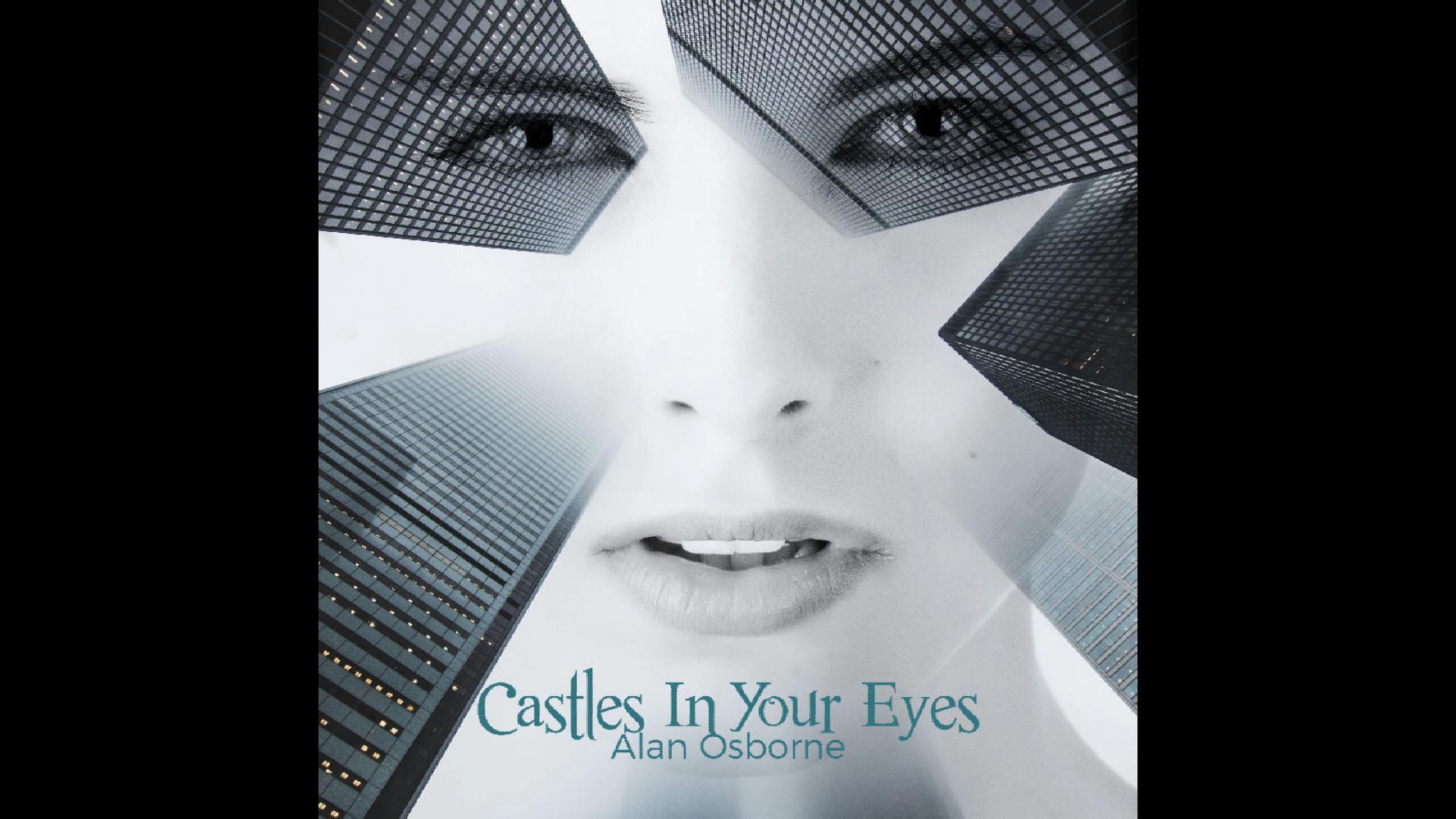 It has been…a pretty damn awesome year for Alan Osborne.  If you’ve been following along here at sleepingbagstudios, then you’ve been reading about this guy’s chronicles in music and the twists and turns his career have taken this year.  From the hiatus of his former band, to his own emergence as a confident and capable solo-artist…every moment we’ve experienced with Osborne’s music along the way has revealed a seriously dedicated rockstar of the future.  Hell, he’s even written one of my favorite songs of this year already…not too damn shabby for the guy’s first official ventures into a solo life.

Back with a brand-new single/video…which I believe is at the very least his third official release this year – you can hear the music of Alan Osborne continue to refine itself and head in the right direction on his latest cut, “Castles In Your Eyes.”  In my own humble estimation, he’s certainly given us multiple reasons to listen and watch his material; the care he takes with his music is something you can definitely appreciate.  Whether it’s the music itself or the videos online – Osborne continually brings something to the table worth checking out and his new track “Castles In Your Eyes” is no exception to that standard.

It’s a deadly little ditty really…”Castles In Your Eyes” is brilliantly led by compelling, meaty bass-riffs that can’t help but satisfy the ears.  Adding in the crunch of distortion from the guitars and the thundering of the drums along with Osborne’s organic knack for finding hooks in both the vocals & music and you’ve got yourself another single-worthy tune in his catalog right here.  I think he’s got a wickedly powerful verse written into this song and the chorus itself delivers the payload for surely…it’s an extraordinarily competitive world out there these days for music but appreciate for just a moment, the fact that, maybe only a decade or two ago, a song of this caliber would have immediately equated to a hit.  That’s not a comment on the sound of “Castles In Your Eyes” being outdated – it’s not; in fact I believe it’s a highly-relevant rock sound representing strongly out there today…it’s more of a comment on the fact that there’s so much music out there these days that flawless cuts like these don’t get half the credit they deserve.  And artists like Alan SHOULD get that credit…listen to this for yourself & ask yourself what you would possibly change?  And IF you come up with something somehow…you should probably ask why.

“Castles In Your Eyes” isn’t just a well-written song, but a really well-produced track as well…and I suppose that’s what I mean when I’ve been saying there’s always something new to listen to in Osborne’s music.  Quality of his other tracks this year has been spectacular as well – but LISTEN to the way those bass-tones come ringing-out so stunningly and powerfully on “Castles In Your Eyes.”  He’s got an excellent mix all around that’s giving the hooks in this song the maximum punch and impact they can make, all while finding the perfect gears to switch into to match the energy of the music with his vocals.  The degree of accessibility in writing & execution like this is MASSIVE…people all over will really dig this.

Now…if you’re already a fan of Alan’s music, this next part definitely goes without saying…but just in case you’re not familiar with what he does yet…make sure to check out the video as well.  Like I had mentioned…he applies a real level of care and integrity in all that he does…and when it comes time to get those videos out there to support his new singles, he makes sure they’re representing just as strongly.  “Castles In Your Eyes” has found an excellent theme to bring a new depth to the words and meaning in this tune with an onscreen narrative that…let’s just say ‘hits home’ in many ways.  Examining relationships, love, expectations, honesty, assumptions, trust and the strengths of the bonds between those attributes…not everything in life is always as it seems to be and the video certainly speaks to that through the storyline and knife-in-the-back twist you’ll discover towards the end.  As expected, the video is just as rad as Osborne’s vids always tend to be, the music continues to highlight his evolution as an artist and have him stepping ever closer once again to that professional arena he deserves to be a part of.  Really stoked for what I hear/see on “Castles In Your Eyes” – Alan continually stretches artistically to bring out the best in himself and push himself forward…and whatever it is that he’s doing, it certainly seems to be working.

Find out more about the music of Alan Osborne through the pages below!