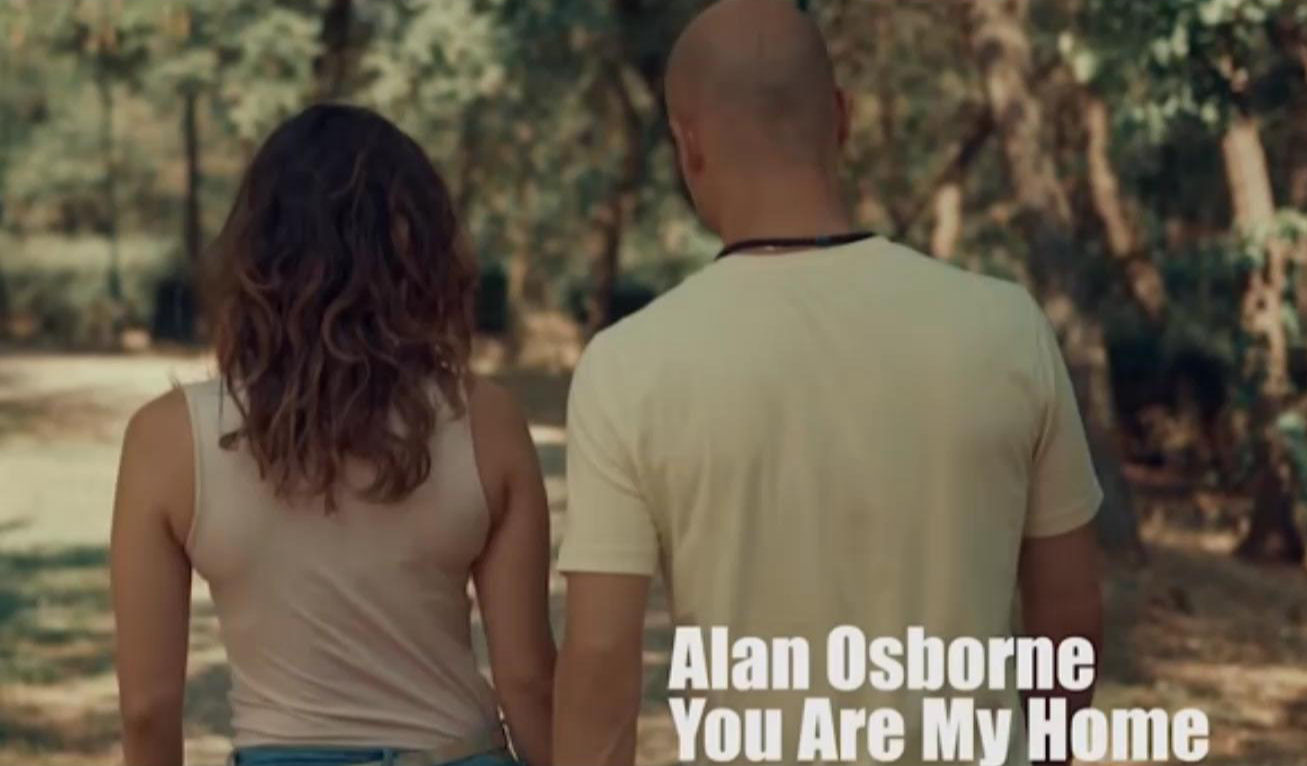 Alan Osborne – “You Are My Home”

One of the biggest challenges that can come our way as players in a band is that moment where one of the other members that isn’t you, ends up leaving.  Whether it’s a good reason or a bad reason, doesn’t matter, it can shake up the entire world of the rest of the band…and far too often, that can be the end of the music altogether for every player involved.  Today that’s not the case.

Just as soon as National Impurities began to gain traction out there…their lead singer split to head back home; according to the band, the decision was an understandable one and the parting was amicable.  So that’s the good news…everyone’s still friends.  The unexpected, extremely great news…is that this could very well be that rare case of a hiatus leading to something even more; enter Alan Osborne.

I was honestly blown away by this completely.  Not only would I have expected that the setback of the band situation would have kept the players out of the limelight much longer, but usually the result isn’t anything nearly this spectacular when the individual pieces go solo.  Alan Osborne has completely proven he’s not in this part-time…this is an inspiring immediate comeback that’ll serve as a sharp reminder to the people out there that nothing is going to stop him from living out his dream.

There’s like…that eerie-but-wonderful feeling that you get when you listen to Alan’s new single “You Are My Home” like you got when you first listened to songs like “Believe” by Lenny Kravitz or “Black Hole Sun” by Soundgarden…there’s something about that melodic but almost bizarre, psychedelic approach to the sound that really makes for a spectacular listen.  Mixing a fascinating atmosphere with a pure & raw melody – Alan Osborne has made a massive impression and impact through his first solo effort through a song to seriously be proud of.  What’s equally incredible is the amount of heart and sincerity that comes along with the lyrics, but especially the performance of the vocals of “You Are My Home” – this is a sound that truly connects to people.  I know that because I am one…a people that is.  A person, fine, ok, whatever – the point is that I have ears on my face that work, and if you do too, you should love this new single, “You Are My Home.”  Hell, even if I didn’t, I’d love this song in braille.

And so it would seem that Alan Osborne now has a new challenge in front of him.  In a single song, he’s gone and revealed just how much talent and songwriting capability he has on his own…and rather than spending any time on whether or not a solo-project like this would be able to continue, he’s already cemented his validity and now set a whole new standard of awesomeness to live up to.  How’s THAT for a first-world problem?  “You Are My Home” is a real gem that you won’t see coming…the sweetness never relents and neither does the stunning & wonder-filled environment that he creates in the atmosphere of the music & vocals.  It’s almost as if we’re witnessing the real revelation of all the things that makes the person in the story of this song so necessary to him as he’s realizing the reasons himself; the result is a real magic in the unfolding of this entire love-song & narrative that you can’t take your ears off of.  The sincerity hits the mark so completely; Alan never overcomplicates what he’s saying and sings the words as directly, like one thought coming to him after another while examining what’s most important to him in his life.  “You Are My Home” proves that without a doubt, this musician’s got the gift – and that the music will certainly continue on in the case of Alan Osborne.

Not only did he make a killer song – but of course, he created a killer video to go along with it.  Real credit is deserved here…from director Hristijan Konesky to the actors involved – they beautifully bring this moment of reflection into a stunning visual realm and offer even further meaning into the lyrics.  It is shot, filmed and edited with breathtaking accuracy and professionalism; essentially I was damn near just as impressed with everything I was seeing as I was hearing.  But I’m a music guy at the end of the day…so the music always wins…but this video really shines a spotlight on the roots of the sentiment, perspective and mood you feel in “You Are My Home” – I thought its interpretation of the words came out absolutely gorgeous and likely spot-on to the song’s key meanings and overall idea.

Make no mistake…it’s not Alan’s first rodeo…he’s had some practice & he knows what he’s doing – but even with that advantage of experienced gained, “You Are My Home” is a massively impressive new debut.  If it’s confirmation of talent he’s seeking…he’ll find all that he needs here; this guy should absolutely be making music and I’m truly stoked he still is.

Find music both past & present from Alan Osborne at his official YouTube channel here:  https://www.youtube.com/channel/UCo5hCNj3M-M0uqUUvw1eFDA

Tags: Alan Osborne Music Video sleepingbagstudios You Are My Home