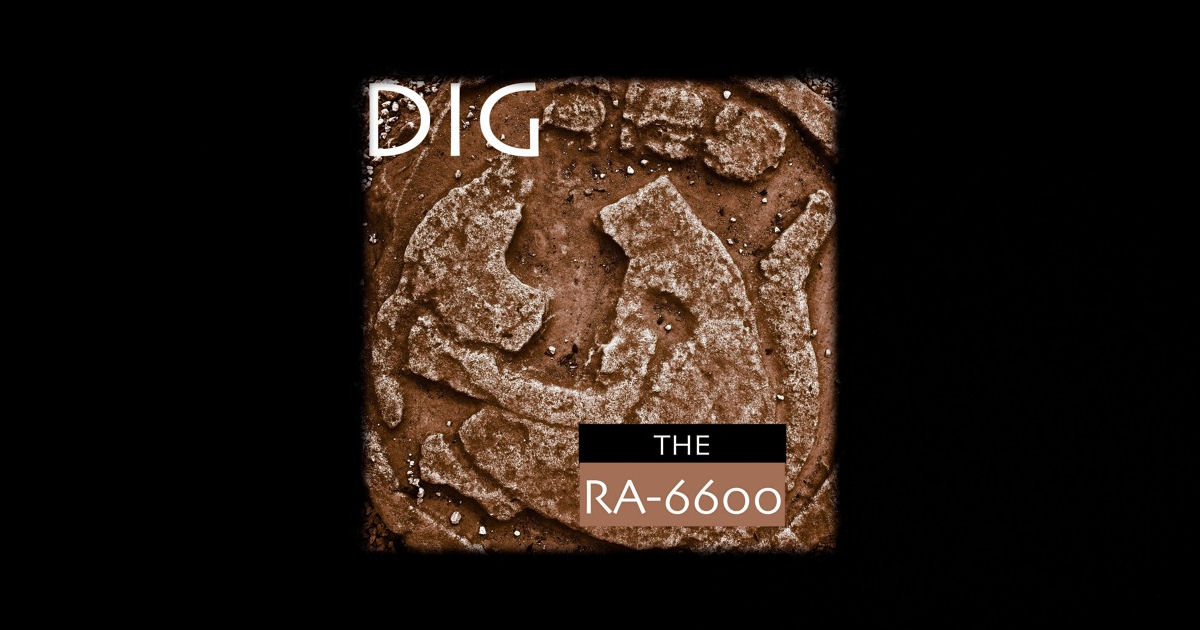 Awesome to hear The RA-6600 come back with such a fierce new single.  If you’ve followed along with our pages over the past couple years, you’ll know they’re one of my favorite projects out there to check-in on & see what they’ll come up with next…because quite honestly, it could be anything.  They’ve displayed a remarkable amount of ingenuity & creativity in the music I’ve heard in the EPs I’ve reviewed from about 2015 on-forward…but I wasn’t nearly as sure of the last single “Girl Pop” earlier on this year.  To listen to The RA-6600 exploding with energy & wildly vibrant sounds on their new single “Dig” sets the record straight – there’s plenty of life left in the tank of this hybrid project.

We could go into the whole Batman thing if you like.  The whole “Why do we fall?” dealio that happens with Alfred in the elevator shaft or whatever doling out the wisdom, but I’ll save ya most of the speech; I’ll just say that creatively, when you push the boundaries as far as The RA-6600 tends to with their unique approach to music overall, there will be ups & downs and that’s only natural.  The most important thing is that they have clearly always had the courage and commitment required to follow through on the wildest of their ideas and as a result, they’ve got an incredible average of really great songs spread throughout their entire catalog of tunes at this point.  Maybe the last single was a step back…maybe it wasn’t…that’s all up to themselves personally and how they view their own success…much like Michael Caine I’m just here to serve my thoughts up to anyone willing to listen.

And in my opinion, much like the Batman, I felt like The RA-6600 have risen once again.

Right from the drop you can hear them getting set to roar in their return.  The intense beat & melody reveal quickly – they’ve got a song that’s just barely over two-minutes in length, so believe me, things move fast when it comes to “Dig.”  The vocals are brilliantly altered with effects, giving them this like, ultra-saturated & fully-loaded sound that works wickedly with the music surrounding them.  Vocal-flow is key when it comes to many of the songs written by The RA-6600 and they’ve pretty much always got something incredible happening in that department – and what they’ve got going on in “Dig” might very well take what they’re doing on this particular track to the next-level it needed.  Hard to say…I try and listen to the music on its own and I can’t imagine I’d argue about it or be unhappy at all if this was an instrumental tune – moments like the breakdown definitely confirm just how much there is to satisfy your ears when it comes to the composition, structure & sound of this cut…I suppose I’m just saying, you know, HUGE thumbs-up for really reaching for more in the vocals this time around and fully raising the stakes performance-wise.  Sounding confident, committed, focused, and fully in-charge – the rhythmic flow of the vocals and the riotous energy the electrified sound of the effects creates an incredible match to the explosive dynamics and all-out intensity happening all over the place in the music while they sing along.  The last thing I’d ever want to do is discourage The RA-6600 from going after their more innocent & sincere melodies…because I totally believe they get to the essence & heart of sincerity in a song much better than most ever will – but by that same token, being honest with them certainly means that I can’t lie to them about just how much what they’ve latched onto with “Dig” completely works.  Not only do I think the song is freakin’ fantastic from performance to production – but there is so much SPACE out there in the world of music for a sound like this right now.  From soundtracks to viral-videos to straight-up playing it on a wide variety of stations that carry a range of sounds – The RA-6600 have kept this cut as tight as it gets and let it RIP, all-killer no-filler style.  Ain’t nowhere to hide in a two-minute long song dear readers, dear friends…if they slipped up somewhere, we’d all notice.  Facts are facts and credit is given where credit is due – The RA-6600 have come back not just to play – but to dominate with the energy in this vibe.  “Dig” shows them at their inventive best, still within the realm of a Pop-inspired sound while really embracing that electro thread more boldly than perhaps ever before – every second of this new single is as gripping as an experience in music can possibly be & you never want it to let you go.

I mean, I’ll put it to you this way to sum it all up for ya.  I probably could have had this review out a heck of a lot sooner if I wasn’t sitting here jamming this track as loud as it could go on repeat for hours at a time, lost inside of this hypnotic, melodic, and mesmerizing new single of theirs.  The burdens of a music-reviewer eh?  “Dig” is a nice problem to have…I could spend an hour or two or happily write-off a day with this two-minute barnstormer on repeat at any time without feeling the need to switch to another song…that’s how much I’m digging this groove The RA-6600 created here.  A killer cut that never lets up and packs a powerful sonic punch you’ll love to receive – it’s great to have this band back with such an audibly decisive vengeance; they sound inspired enough to take on the world with “Dig.”

Find out more about The RA-6600 from the official homepage at Hembot Records: