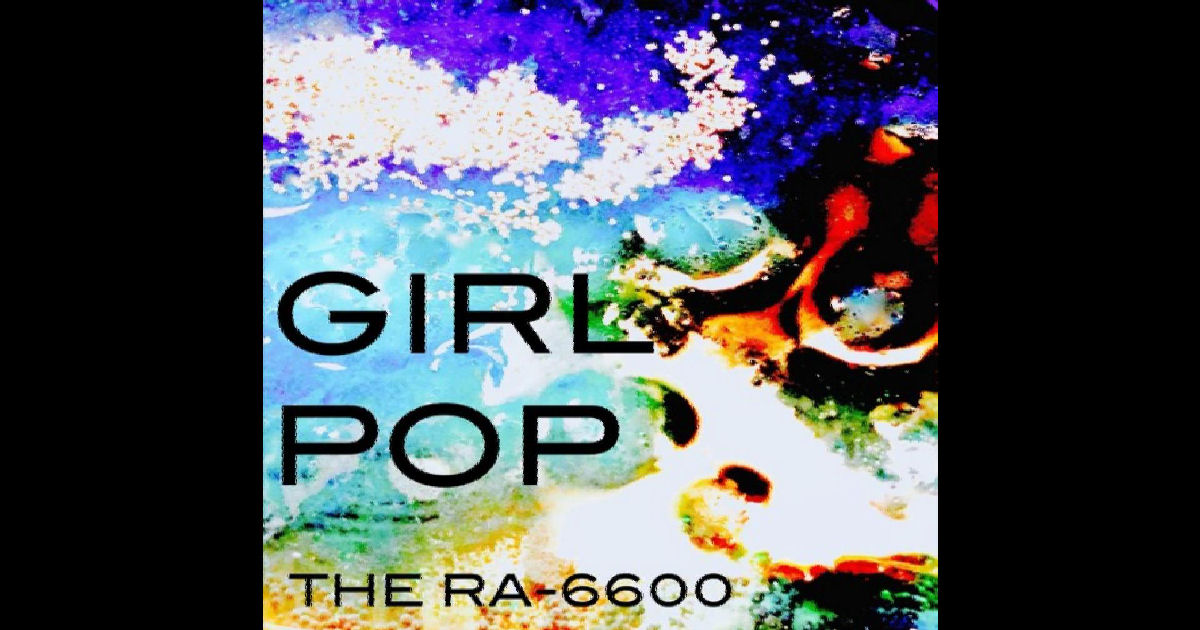 Tough one for me for sure!  The RA-6600 is one of those projects out there that I always look forward to seeing pop into my inbox…the music has always been such a refreshing dose of pure melodic sweetness over the years and we’ve featured them on our pages many times.  Though it has been a while at this point…the last time we checked into what they were up to was in early 2017…looks like we might have missed the release of one single called “It’s So Easy” – but for the most part, we’re up to-date and in-tune with what The RA-6600 has been up to as the project developed and evolved with its colorful & imaginative style.  I gotta say though…they might have out-sweetened themselves with “Girl Pop.”

On the brighter-side of things, “Girl Pop” is played well and assembled strongly…the innate innocence of the sound in the vocals that has become a signature staple of The RA-6600 is still ever present and has that intangible magic that always manages to draw us in to listen.  I think the piano-lines in the chorus are strong and noticeable in all the right ways and I felt like the video for this song, directed by Ted Monte came out exceptionally well with a spectacular edit & visual effects hitting the mark.

What I’m not quite sure of at all is whether or not the song itself is a step forward for The RA-6600 here.  If I’m being truthful, some of this single feels a bit forced overall in comparison to how natural the sound of their past melodies and music has come out.  The piano-hook that drives the verse…I dunno…maybe not so much that it’s ‘easy’ for them…more like I’m not sure if this idea challenges them enough.  Lyrically, I understand where The RA-6600 is coming from when it comes to making sweeter-than-sweet tunes and wanting to capture that essence, I suppose I just had a harder time connecting to the themes on “Girl Pop.”  Vocal-flow wise, it seemed to still find a lot of that essential magic you’d expect from The RA-6600 as it heads towards the chorus, particular when they exclaim ‘Suddenly,’ which always seemed to be the uplifting highlight moment and main hook for me when it came to “Girl Pop” overall.

I always appreciate the fact that The RA-6600 is its own form of unique indie-pop and truly does offer the world something different than anything else you can think of going on out there in the world right now.  It’s also important to never underestimate the power of even the smallest hook or single part of any song – that addictive sound of The RA-6600 comes radiating through the pre-chorus (‘Suddenly’) moments, which could be the way into this track for many people out there, existing fans & new ones.  The chorus of “Girl Pop” keeps the ingredients simple with the lyrics reduced to the title itself…and in a way, it somewhat dials-back the energy of the song as it slides into this part after the powerful moment in the pre-chorus, which might be something to examine.  On the one hand, it becomes fairly serene and fairly chill…filled with that sound of wonder, which echoes the sentiment in the lyrics from the verses before…and on the other, kind of leaves you feeling at times like there might be a lil’ something missing or that there could have been something else added to make it all pop out a bit more.

Bottom line is this…The RA-6600 always has something redeeming in their writing & sound that’ll make their songs worth listening to and “Girl Pop” is no exception to that rule or standard set.  There have been many moments of pure music magic from this project in the past, and I have no reason to believe that this won’t be the case in the future as well – The RA-6600 is a highly unique & artistic band that, while usually mellow, inviting, and fairly delicate with their melodies, also really does swing for the fence when it comes to the commitment and focus they put into going after a concept, theme, sound or idea.  As a natural side-effect of all that, as many of you out there already know from your own music or art, the degree of ‘results-may-vary’ opens-up massively…but what becomes important over time is that they’ll be able to look back at the material and know they still put their heart & souls into every moment.  It’s for that exact reason, that while “Girl Pop” might not be my own favorite song from The RA-6600, it could very well still be yours…because they really do go after an idea with everything they got…and that’s always going to connect with people on one level or another.  Even though I’m not entirely sure it moves them forward here, it hasn’t even put a dent in the amount of faith I have in this band’s ability to create unforgettable music at any given moment…I still remain an unshakeable fan of The RA-6600 and I still firmly believe that the biggest breakthroughs and best years of this project are on the way.

Find out more about The RA-6600 at their official page over at Hembot Records:  http://hembot.com/TheRA-6600/