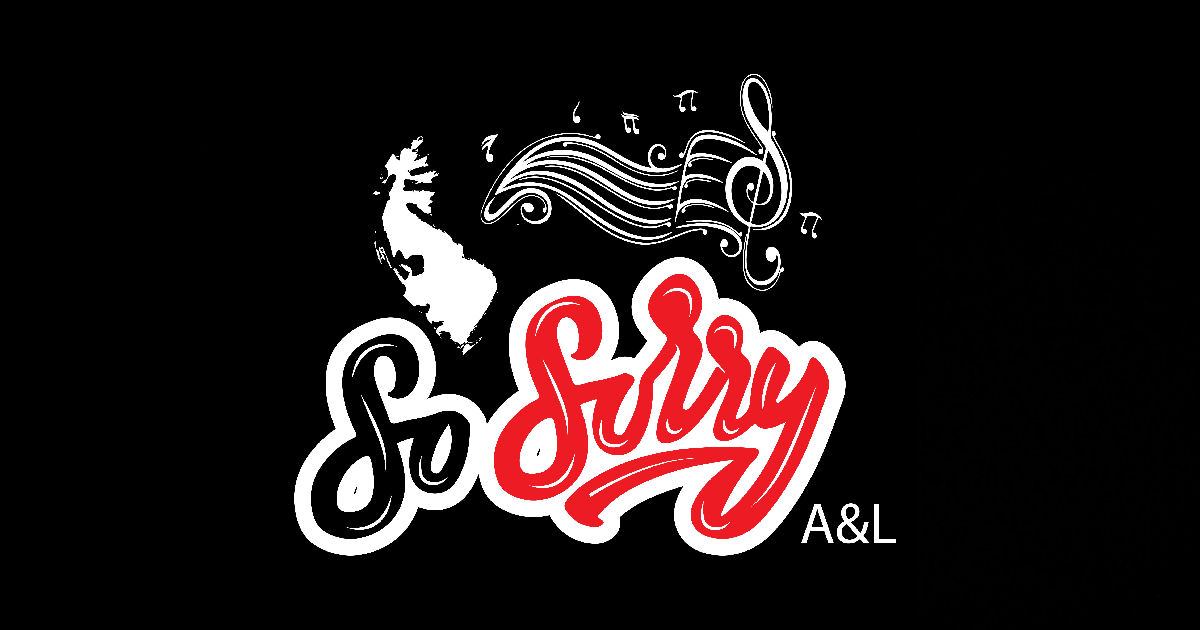 “Never bet against me” might just be one of several quality lines you’ll find in A&L’s new single “So Sorry” but it could certainly also serve as an overall theme for the duo of Anthony Casuccio & Lana Marie – you can never count these two out.  Even if it’s been about three & a half YEARS since we last had them here on our pages, it’s not like they ever stopped working or making new music, believe me, that’s just not who these cats are.  They’ve been chartin’ all over the place out there online from what I’ve read, notably with singles like 2016’s “Cliché,” 2017’s “Singing My Life Away,” and most recently with “We Are Love” jumping onto playlists all around the globe last year in 2018.  That’s some of what we’ve missed in their absence from our site here since reviewing their singles “Hot Mess” in 2016 and “Onto The Next Heart” from the year before.  And STILL…even though it’s been a significant amount of time since we might have last hosted them, if you’d have asked me, I’d have told ya they were likely busy doing what they love and continuing to pursue their dreams at full-force…that…is who they are.

I also tend to find a lot of parallels between their sound, style, & approach to that of independent bands like HEAD and Across The Board as well, in case you’re looking for a frame of reference of some kind.  Each have their different thangs goin’ on of course, but all these cases feature a strong female lead that is fully capable of owning the spotlight with stunning tone & supreme confidence, which Lana certainly brings to the new A&L single “So Sorry,” right on cue.  Joined by her reliable cohort in guitarist/songwriter/musical-utility-man Anthony, as well as the talents of Rich Smith on the drums and Matt Sunick on the bass, together they attack “So Sorry” with amped-up energy and big-big sound.  In an effort to create a guitar-centric cut that has edge, attitude, & bite to it, they’ve definitely succeeded in bringing up the intensity & creating a playful-meets-sarcastic track full of savageness all-around.

So here’s where I’m at with “So Sorry” – it’s a solid tune.  Is it the best we’ve heard from A&L?  Perhaps in some ways, maybe not in others…but no doubt, a great cut for summer that’ll get your speakers surging with brilliantly controlled distortion & meaty riffs from Anthony’s guitars.  Cassucio’s contribution to this cut can’t be ignored – I’d argue that, if it’s a guitar-driven track that A&L was seeking to create on “So Sorry,” then like I’ve been saying, mission firmly accomplished.  Not only do the guitars supply the bulk of the energy alongside the rapid-pace drumbeats supplied by Rich, but hooks-wise, that’s quite honestly where the majority of’em lie within this new single from Buffalo-based crew.  When it comes to Lana’s performance, she’s aces & reliable as ever when it comes to her vocals – she absolutely sounds into it & as fantastic as we’ve come to know her to be throughout the years.  As far as the actual parts she’s singing go…that’s what I was a bit less sure about; the verses have an extra syllable here & there weirding-out the cadence & flow at times, the lyrics…there’s spots that I like & some that I felt like you can feel the songwriting comes across a bit too purposely crafted & less genuine as a result.  That could be the result of hearing two musicians you know to be sunny-side-up people in life doing their best to add in a little harshness to their persona on “So Sorry” – and whether that suits them or not, might be something that divides new fans of A&L’s current single from the warriors of their catalog.

Like, do I believe that Lana would “put Ex-Lax in your coffee?”  I mean…I don’t know her THAT well – it’s certainly a possibility I suppose; hard to say it wouldn’t be when my friends & I did something similar to a kid from school back in the day, long before the grey in my beard came along.  We melted a couple bars of Ex-Lax onto a Long-John doughnut and let a friend (legit friend, this is just one of the many ways we showed love) of ours eat it during lunch-hour before he had a huge presentation in front of the class only an hour away.  So believe it or not…I actually get it…maybe not romantically, but I’ve been there.

Where things get tough is trying to walk that fine-line of creating a radio-friendly cut that’s not going to find rejection for whatever censorship & airwave-standards, while still being raw enough to get the edge & attitude across at the same time.  Whether these things can truly co-exist, I honestly do not know.

I’d be willing to go all the way shoulders back to the mat fighting on behalf of A&L for the way they perform – you can hear just how much sheer passion & enthusiasm they have for making music on “So Sorry” like so many of their songs – it audibly radiates from this band…and like, at all times; always has, always will.  They’ve got memorable hooks in the music & chorus here that’ll definitely grab some attention out there, but more noticeable than the strength of the material, is the remarkable balance of strengths between the elements that create the core DNA of A&L…all these players are bringing their A-game when it comes time to hit record in the studio – and it’s something you can genuinely hear in this song.  Performance is where they excel once again when it comes to “So Sorry,” ain’t no doubt about it.

Find out more about A&L from their official page at Facebook here:  https://www.facebook.com/AandLmusic