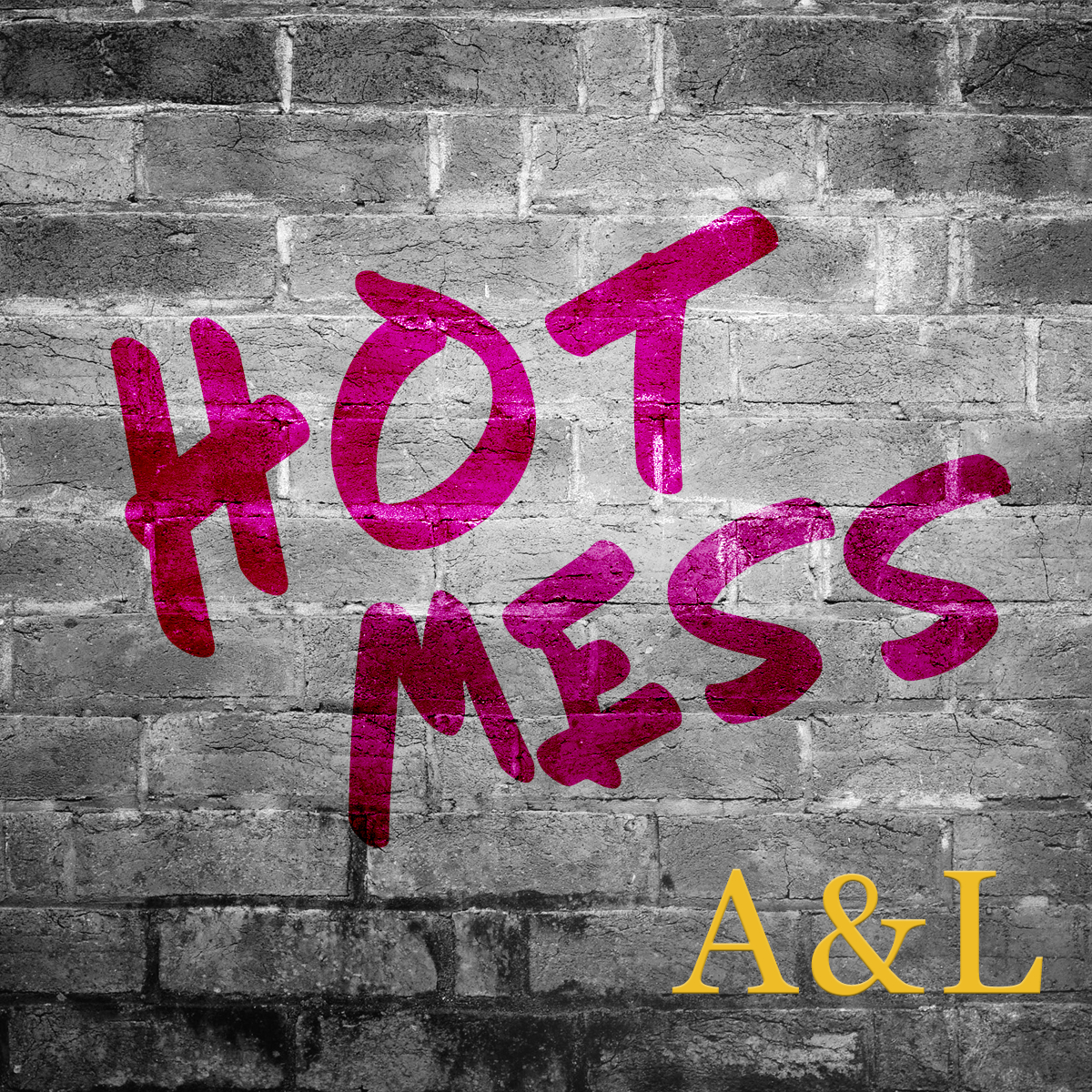 Let’s face it…if you’ve spent your time in the club/bar scene then at some point in time, chances are you were around for a ‘last call’ two in your prime…those moments where the bartender announces the closing and eyes begin to dart around the room for prospects to potentially take home for the night. You reading this in the back of your classroom right now trying to pretend you stayed awake last night to study and instead took home someone you wouldn’t tell your mother about last night – yeah YOU – you know exactly what I’m talking about and exactly what A&L are talking about in their latest single, “Hot Mess.”

Now…we’ve reviewed A&L in the past…and we enjoyed they’re attitude, focus and fun in the past…so for the record, we’ve got a little frame of reference for what this band is all about. I can also tell ya…that this duo of Anthony and Lana are continually working as hard as they possibly can – I almost thought I got this new single through some sort of management team…turns out, Anthony was just flying around at full-speed, sending out the new song and barely leaving himself enough time to say hello or have something to eat! So…to say that they’ve taken any time off in between our last time experiencing their music and this one…well…I just can’t see that ever being the case with this hardworking duo; I’m not so sure that time-off exists for A&L!

The two band-mates were looking to go after a more ‘rock’ sound for this third-single they’ve released…and I think they’ve done pretty well to achieve that in comparison to their bright-tunes from the past. “Hot Mess” can’t quite shake their overtones of Pop-music-hooks, but it does keep the edge enough in place; the intro alone definitely highlights their pointed-attitude as the track begins with the grind of distorted guitars beginning to build. Lana’s done really well to present the imagery in the words of “Hot Mess” – again, anyone relating to the opening paragraph will be able to picture every moment that trips by through their new single. Lyrically, she’s put in a solid-level of focus to really make sure she got the most out of this 3.5 minutes and that the story gets truly TOLD. In a world full of ambiguous song-writing, “Hot Mess” is pointed and clear – “I would rather be alone than to be with you” is just about as clear as it gets. Lana’s a beautiful lady…I’m sure she’s had to battle-off her share of late-night advances – but it’s a track like this that lets you know she’s the confident narrator of this particular story and more than likely, that personal-experience plays a part here; she’s clearly in control – the choice is hers to make and if you’re stepping up to the plate, you gotta bring your A-game!

Guitars, drums and bass are all rock-solid with bright energy in place that keep the track moving along at a wickedly-catchy rate. Solid solo from Anthony at the 2.5 mark, short & sweet, but also appreciated! Technically…that solo continues to find innovative ways to continue on after its pronounced-beginning…if you listen, it’s still jamming away right until the final moments of “Hot Mess.” From production to performance, A&L have put in the work to fashion themselves a brightened-grind of beautiful-distortion that deals with the ugliness of late-night.

If anything…I’d bug’em a little bit about radio-editing themselves in their own damn song! I mean…I suppose it prevents the possibility of having to re-record this track for the stations to play it…but I dunno…I’m also a ‘say what ya really mean’ kinda-guy…so when Lana sings “I like to f***” – I’m saying that since we all know what you’re saying there ANYHOW…why not just let it loose? I don’t think that holding-back and leaving an inarguable implication in its place is any less offensive than saying it all directly…plus on that particular line, it would have completed that rhyme-scheme and maybe someone seemed a little less cut-off in that one moment. I get it in a sense…but I don’t hear that A&L needs to rely on gimmickry of any kind and I think the more that they fight it, the better off they’ll always be. I suppose the shortened version of saying what I’m saying here…is that when you listen to the rest of the song and how extremely-confident it IS through the lyrics and the way that Lana sings it, that it’s tiny things like pulling-back on a swear-word that can risk pulling that suspension of disbelief from us too; everything I’ve heard up until that point absolutely leads me to believe the confident lady that’s singing these words isn’t afraid to say the word ‘fuck’ – know what I mean?

But talk about minor! If that’s the only thing I got, then yeah, let’s realize that A&L have done well in creating their new single…that the music, performances and production are all in-line. The focus is sharp, the complaints are nearly non-existent with the exception of a single-line, which I only pointed out just to give’em something to think about! Other than that extremely minor contribution which may/may-not help them out along the way – seems like A&L have it well under control with their brightened brand of rock-music on their latest single “Hot Mess” – I’ll leave’em to it and look forward to the next time I get to hear what they’ve come up with!

Support A&L at Facebook and find out more here: http://www.facebook.com/AandLmusic