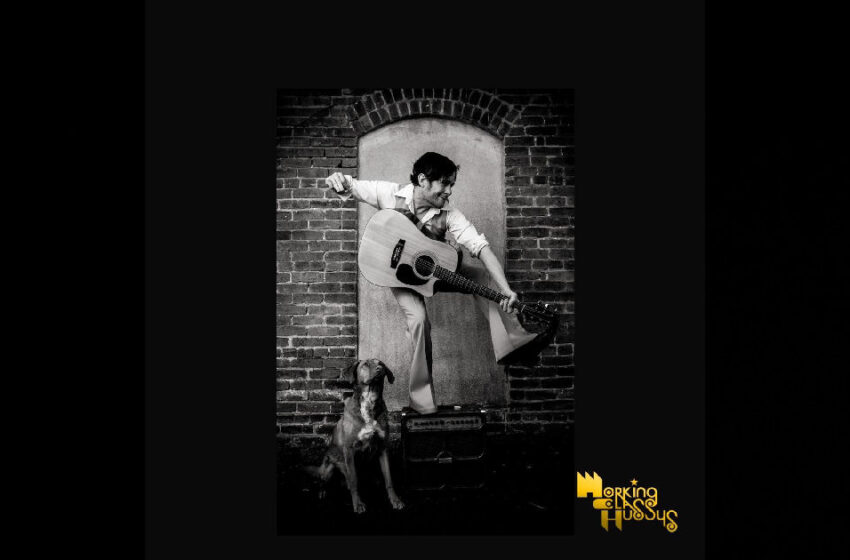 Well…eventually, we all reach this point…the real question is, what comes next?

Back in early 2021, I heard a track I thought came out really well for Working Class Hussys called “Things That You Do,” and reviewed it on our pages here…and then in December of that same year, heard a mind-blowing one that seemed to exceed every possible expectation or wildest hope I could have ever had.  That second cut I heard was called “Elaine” – you might have even heard it on the SBS Podcast…it’s a track that resides proudly on my playlist to this very day.  Working Class Hussys have a great sound that I genuinely enjoy – and with the strengths I found in “Elaine,” I thought we might just be on a course to practically uncharted territory whereby the WCH could do no wrong…but alas…here we are with “White Lady,” and I’ve got questions.

Most of’em revolve around like…I mean…how bold do you gotta be to consider this cut to be a single?  A good tune it very well may be – not just to my own personal taste, but if we’re lucky enough, perhaps suited to yours as well – but in terms of this cut being a single?  As in, the kind of song we’d consider to be most accessible for the masses?  I think we might be dreaming out loud of a world I’ve never seen there dear readers, dear friends.  Just because a song seems delicate & inviting doesn’t always mean it is – I have no doubt whatsoever that Working Class Hussys have thrown the ball over most of your heads this time around.  “White Lady” has a lot of admirable traits…but being single-worthy ain’t one of’em.  I’d put this readily in the camp of, if you were already a fan of WCH and dig their music, you’ll dig this too – but putting this cut in a position to be drawing in more fans?  I think that’s honestly a very tall ask.

So…yeah.  Here’s the thing – I’m not telling anyone in WCH, Ian Gentles or otherwise, anything they don’t already know – which is what really makes this choice of having “White Lady” the most confusing of all…they listen to music, they know what the people out there can handle, and this band has already proven to be able to hit the bullseye right on target when it comes to giving the people what they want.  They gone the opposite direction with “White Lady” – which very well might simply mean they need to be more objective when it comes to what’s going to keep the people coming back in regards to what they choose to put out there.  You’ll notice I haven’t disputed quality – because I can’t.  You’ll notice I haven’t disputed songwriting – because I can’t.  You’ll notice I haven’t actually said this is a BAD TUNE even remotely, not once, not at all – because again, say it with me now – I CAN’T.  Working Class Hussys craft compelling material from performance to production, and “White Lady” is included in that assessment…but compelling wouldn’t be the first word that always comes to mind with single-worthy tunes.  There are hooks in this song, yes – and they ARE effective, yes…but they’re also woven around a much more artistic & ambitious set of ideas, and a structure & design that’s going to prove difficult for most folks to really comprehend & absorb.  Y’all can hate on me all ya like, I just tell it like it is.  Believe me – I am a HUGE fan of this band…I hear more potential in Working Class Hussys and reasons to listen than I’ll ever find in 95% of what’s out there in this world.  Think of it this way…I’ve compared this band to Panic! At The Disco in past reviews – and the same remains true here, despite Ian gruffin’ up the vocals a bit more (can’t fool me, sorry) – but even Brendon Urie would go with “White Lady” being a song for the record’s lineup, and not the single to entice people in.  There are plenty of comparable tunes in that regard on any Panic! record, that work with similar complexities in the melodic patterns and become much more adventurous songs than the ones most people know – because they’re not the songs that end up on the radio and/or are chosen as the single – you following me?  This is one of the deeper cuts you’d find on their records…and you’ll just have to take that as a compliment, as intended.

If the five-plus minutes in length didn’t tip them off already, I’m not sure what else could have.  There are a ton of pieces that make “White Lady” a great listen from the hooks to the melody, the vocals to the instrumentation – as usual, it’s all there – and Working Class Hussys remain a highly consistent band when it comes to the quality/execution aspects of what they do.  I never claim to be the end-all be-all of opinions out there in this world of music we share, but time will certainly (prove me right) tell if what I’m saying ends up being true.  “White Lady” is a good tune…probably right in the middle for me, ahead of “Things That You Do” for sure, and miles behind the amazingness that is “Elaine” – but regardless of how I feel, it’s got a mountain to climb as the choice for a single.  To quote them directly as I conclude this review, “you gave it your best, now give it a rest” – some of the greatest songs we’ll ever write end up on the cutting room floor, never-mind somehow make it to single-worthy status.  A lot of that comes down to objectivity, which is extremely hard for anyone super close to the material being created, and rightly so – ask any musician who has written a record and they’ll tell ya every time, their favorite songs from the album or the EP they just made, definitely aren’t the same as yours…and that’s just the reality.  It’s in saying that, that I remind ya to choose wisely when picking out those songs for single-worthy status – you almost want to find the ones you like the most in the set list you created, and then pick the others instead; if there’s an actual method to the madness of winning over the public, that’s probably it.

“White Lady” gets released July 1st – find out more about Working Class Hussys at their official website at:  https://www.workingclasshussys.com