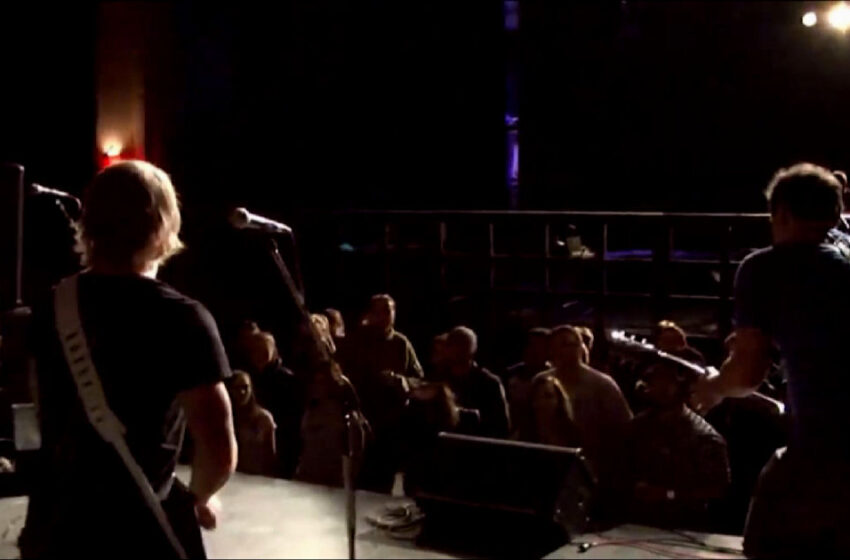 What have we been tellin’ ya today?  The Unfortunates have been crushin’ it for over a decade now.  On the strengths of cuts like “Hurt No More” you can absolutely understand how the band has built its loyal following over the years – this particular single comes from about three years into their career in late 2012, and once again proves that The Unfortunates have always had powerful ideas and performed their songs with supreme passion.  Great material has clearly never been a problem for this band – they’ve got their Alternative sound already intact & firing on all-cylinders even this early on into their timeline, genuinely making you scratch your head & wondering if there was ever a time where The Unfortunates weren’t fully rockin’ at max potential…and I’m starting to highly suspect no such time has ever existed.  They’ve continued to thrive over the years because they’ve always had their heads & hearts in the game, they’re invested & believe in the music they’re making, and they perform their songs like their lives depend on it…I’m loving all this & so much more about The Unfortunates, and the more we dig into their catalog, the more it seems to reveal that track-after-track, they’re capable of creating a memorable impact on ya through massive hooks & holding nothing back when it comes time to record.  Pushing their music even further when it comes to shows, The Unfortunates have built a stellar reputation for their wild live performances over the years – and you can see even in the early video for “Hurt No More” that they’ve been executing with raw passion and true professionalism as far back as you can search & listen in their catalog.  Divin’ deep into the pains of life & love – check out their single & video for “Hurt No More” below and take in a sample of the early days of The Unfortunates as they prove to ya they’ve truly had what it takes all along.

Listen to The Unfortunates at Spotify here:  https://open.spotify.com/artist/0Vja6Od3bGG6APFd5ektfK