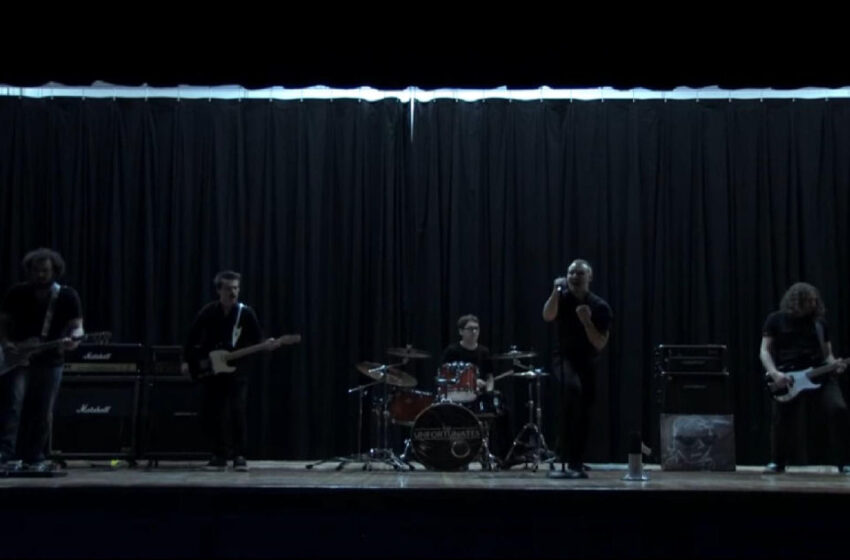 This single “Brick By Brick” technically reaches back further in the history of The Unfortunates and features a slightly different lineup than the one they’re rockin’ with today, but also confirms this band has been pumping out maximum energy through the amplifiers for quite some time now.  Originally formed in 2009, The Unfortunates are close to the mid-point of their career with this cut from 2014, which you’ll notice on their official site is specifically referenced as the hit song that helped open even more opportunities for them in the future – and rightly so, they’ve put serious effort into both the song & video you’ll see.  Taking on high-school bullying and the heavy themes of isolation & depression that result, The Unfortunates rock with pure purpose throughout “Brick By Brick,” and the unity the display between them is all the proof you’ll need to know this was an issue close to home & the heart, and one they wanted to help assist in generating discussion on for the greater good.  In a slow-burning single that puts emphasis on the loud/quiet dynamic in the structure to release its energy slow or detonate into explosive sound with a quick transition into the main hooks & chorus – these guys from Edmonton prove they’ve had a ton in the tank from the get-go, and of course the fact that they’re still rockin’ hard in their own Alt-style to this very day is full confirmation that the moves they’ve been making all along, like in putting out this powerful video & single for “Brick By Brick,” have been huge steps forward in their evolution as a band.  Have a look, have a listen, and get yourselves acquainted with a deep cut from their catalog in “Brick By Brick” – and we’ll be back before ya know it with another reason to dig on The Unfortunates real soon.

Find out more about the music of The Unfortunates by following them at Twitter here:  https://twitter.com/TheUnfortunates