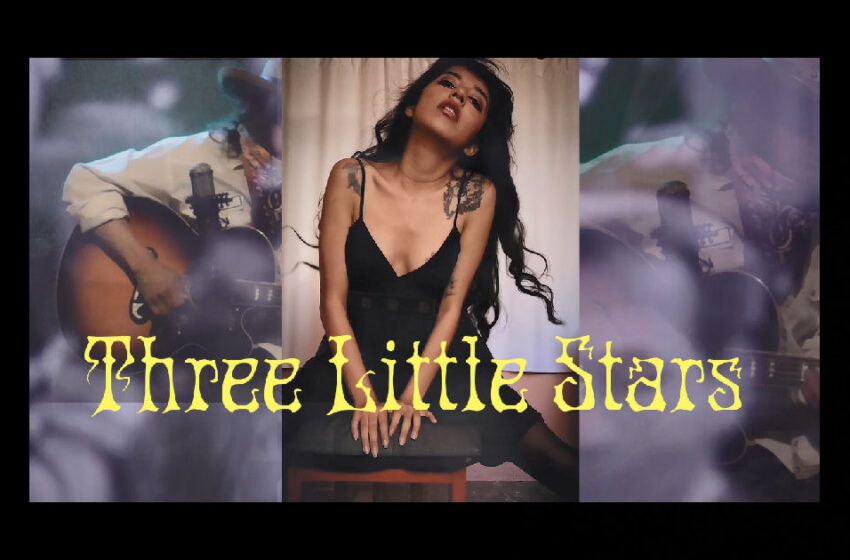 Been about a year since we last featured the Sundance Jump crew on our pages, and you know what they say…there’s no time like the present, even when you’re diggin’ into the past.  They’re still hard at work promotin’ the 2019 album Deep Purple Sage, and according to the ol’ date stamped onto this here video, “Three Little Stars” looks to be the latest single released from the record back in June, last month.  Take a page outta their playbook there you youngins…you put all that time into making the music you make, and generally speaking, most go on to promote their stuff for about two weeks after if you’re lucky in most cases – now ask yourselves how on earth that makes any sense?  Sundance Jump gets it; they’re well into their second full year of making sure their efforts don’t go unnoticed, and rightly so.  There’s no rules on this kinda stuff y’all…you’re allowed & fully encouraged to keep promoting the music you’ve all made out there years & years after the music came out originally…in fact, it’s recommended.

Keep puttin’ it out there until the whole world hears ya.  Why would you not?

To-date we’ve featured many videos by Sundance Jump & W. Dire Wolff and the Deep Purple Sage record, including the title-track last year & single “Zodiac Killer” – and before that in 2019, we posted up “Johnny’s Too Young” and my personal favorite, the sparkling little music gem that is “Sew My Shadow.”  Those of you that have heard them in the past know a little bit about what to expect in terms of style & sound to be found on “Three Little Stars” – and the resounding authenticity you know & love in this crew of talents is as intact as you’d assume, given that this cut comes from that same very record.  You’ve got your psych-tinged sonic cool in the mellow guitars of W. Dire Wolff, and the ultra-smooth bass-lines from Tommy Dietrick alongside the subtle precision beats from drummer Dan Joeright all together on a unified front…there’s a whole Lou Reed/Velvet Underground dealio goin’ on in the vibe here, and of course, people are still diggin’ that legendary sound to this very day.  As addictive as those guitar tones may be and indeed are, I gotta say – I might have to hand the award out to Tommy for doin’ his level-best to nearly steal the show here…he’s not doin’ that intentionally mind you – it’s natural.  It’s just the effect of the extreme level of slickness he’s got in the bass-lines of “Three Little Stars” and the degree of coolness he brings to the sound of this whole song as a result.  That being said…it perhaps should be noted that “Three Little Stars” is also produced & engineered by the bass-man.  So…you know, *cough *cough *ahem…I’m sure it’s entirely coincidence that we happen to notice those bass tones sparklin’ & shinin’ & supplyin’ the groove in this tune just ten-percent more than any other element in the song…or at the very least, that’s what definitely stood out to me as I spun this new single & video.

I’m teasin’ Sundance Jump a little, of course…everything about what these dudes do sounds natural, organic, unforced, unpretentious…that’s always been a staple of their style, and by all accounts when you’re rocking in a full band, it’s equally natural that each member’s gonna have their moment in the spotlight.  The most important thing is, when you’re called on for that moment, to show up – and clearly that’s the case here, Tommy did, both in the performance and in the production.  W. Dire Wolff keeps the character-laden vocals suited to the vibe, and Dan’s keepin’ the beat within the borders right on time.  If you dig what Sundance Jump has brought to ya from the previous cuts you’ve heard from the Deep Purple Sage record, you’re just as bound to dig what you’ll find here on “Three Little Stars.”  Check out the wild multi-layered visuals produced by Fate and W. Dire Wolff swirlin’ in the video supporting the latest single from Sundance Jump, and take yourself a trip into “Three Little Stars” by clicking below!

Find out more about Sundance Jump from the official website at:  http://www.sundancejump.com