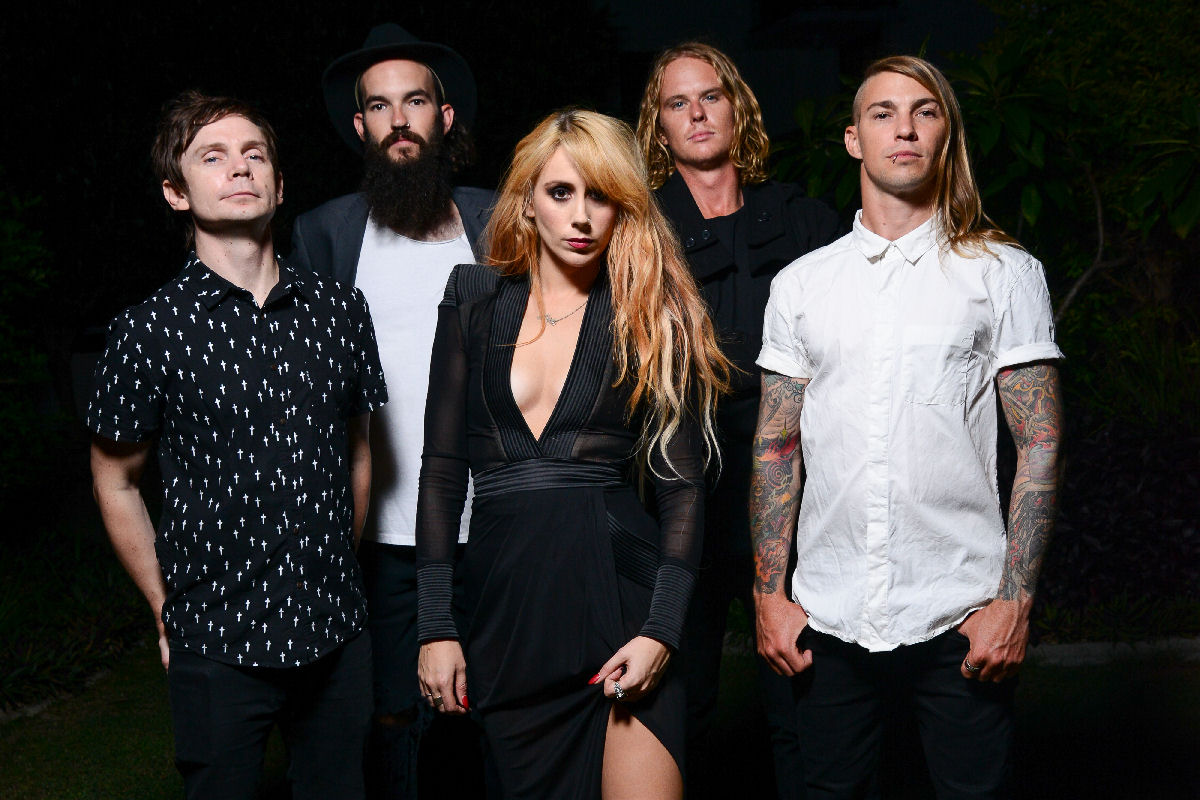 I’ve been preaching the good-word about the powerful & heavy-dynamics of Smoking Martha’s absolutely incredible music for a while now.  Whether it’s been through past reviews over the past two-years or playing them on the SBS Podcast…however I’ve been able to yell-out from my soapbox, I’ve been sincerely giving this project a huge green-light from the moment I heard them and telling anyone that’ll listen TO listen.  As much as my love for Australia has been on the record here throughout the pages and shows up in some way, shape or form every time I get music from that blissful music-haven of a continent…I just wouldn’t be doing my job if I let Australia have Smoking Martha all to themselves.  This band, I maintain, is headed for big, big things…they’re not only loaded with talent…you’ll see from the video for the new single “What’s Her Name?” below that Smoking Martha is making all the right moves visually as well.  Have a look at ANYTHING you can find online and you’ll see that when they plan to make some noise, they come at it from every possible angle – and once again they’ve succeeded in creating a wildly-vibrant and explosive new cut with a wickedly entertaining video to perfectly match.

Seriously lots to love about “What’s Her Name?” – to the point where I’m honestly confused as to where to start; I absolutely loved the video, loved the song just as much…it’s rad to see/hear such a well thought-out production like this from its start to finish, truly.  I’ve always been a big believer in the fact that a video doesn’t necessarily HAVE to follow the narrative or storyline in the words – BUT…when you do go for visuals that echo the lyrics and you get it RIGHT like this, it’s undeniably impressive.  “What’s Her Name?” is a story of emotion, passion, commitment…and promises broken; the culmination of the lyrics comes through its accusatory title/chorus.  Again, Smoking Martha has played this one brilliantly in how it’s all structured and sequenced…in my opinion this tune runs deeper than most might realize at first; in essence you could listen to “What’s Her Name?” as another brilliantly played heavy-alternative tune – or you can dig right into it and appreciate the way they’ve set this one up to win.

For instance…TENSION…can be an absolutely stunning thing in music.  Smoking Martha, as an entire band in their style & sound, has an incredibly insightful grip on this concept and use it extraordinarily well in their music, especially here on “What’s Her Name?”  They start it out with the riffs that will go on to eventually form the chorus as the intro – but listen to the way that those guitars, bass & drums build the rumble of pure tension throughout the way the verse of this song plays right after.  Killer!  Tasha lays out the facts of the case, the state of emotions, the questioning…and eventually, the burning fury.  I’ve said it a million times over…because it’s true…this lady can SING!  Wasn’t a thing about “What’s Her Name?” that I’d change…whether you’re listening to the vocals or the individual parts that make up the music, everyone brought their all to this cut once again and the results all speak for themselves; Smoking Martha makes the kind of high-caliber music that only comes from the purest love & commitment for what they’re doing.  You can easily hear from this new single that they’re not in this part-time – they’ve got more grit & determination in their style & sound than most bands you’ll ever find or ever listen to.  When that tension boils over into the furious & soaring notes of the chorus, Tasha lets out the power to perfectly match the emotion in the lyrics.  Equal parts power, grace, style & tone – there is quite simply, no better, no more dynamic, no more entertaining a front-person in any band out there on the scene right now – Tasha continues to lead this band to victory after victory with confidence. 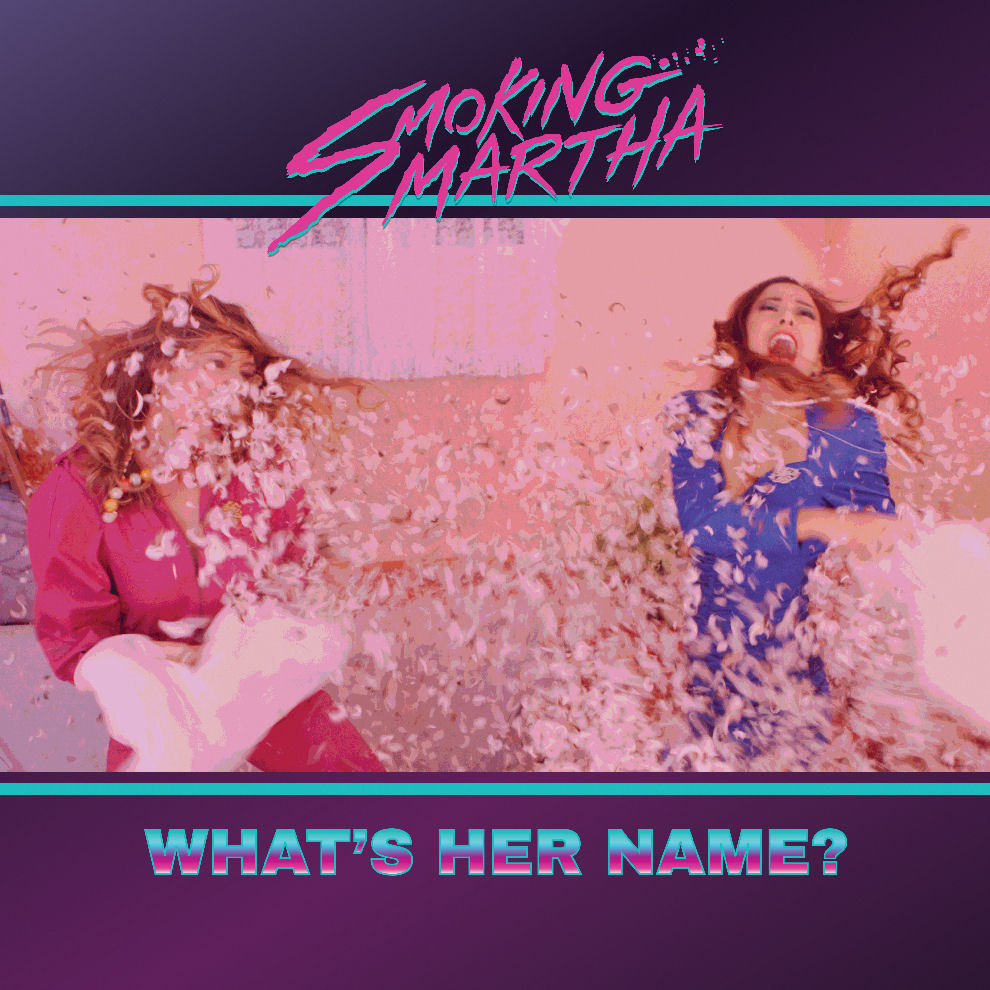 That being said – I want to also point out that the combination of players between the cutting, grinding & edgy guitar work of Mick & Az, the rumble of bass from Matty and crisp, thundering drums of Jordy – Smoking Martha really has it all.  If you go back to the very first review I wrote about this band for their self-titled EP, you’ll see that I’d mentioned the potential for this band to succeed, but also warned them about potentially getting ignored behind the ever-captivating style and powerful presence of Tasha.  Each time I’ve heard the band since then I’ve really felt like the four players have waged a private war on those comments; I doubt it’s the direct-result of anything I said but I really believe you can hear the evolution in the sound of their music in direct-proportion to their time as a band.  Or another way of putting that is that they’re consistently ALWAYS putting out their best material every time they release new material…check it out for yourself, it’s a fact!  Whatever the case is, or however they’ve gone about it – I’m waving the white-flag of surrender…this band DELIVERS with punch & precision…I swear they just keep getting better.

So it’s in saying that…that I can tell you I am BEYOND STOKED to find out that Smoking Martha’s official debut full-length album is like, right around the corner!  “What’s Her Name?” is the second single from the upcoming release coming out officially in May on the 19th – be READY for this one and make sure to pick it up because you’ve got every reason to believe in this band and that it’s going to be massive.

Have a look at the wicked video for their new single “What’s Her Name?” below – from the storyline-shots to the band-shots and the eventual tie-in between them onscreen, you’re gonna love this.  I truly believe movement is a huge part of music-videos…and believe me when I say, this whole party they start here really ends up shaking the walls.  Perfectly shot, perfectly edited, great concept for both video & song and you can visually see the movement match the expression in the music…I really dig this – can you tell?  Just TRY and tell me I’m wrong and I’ll fight you tooth & nail; you can see they’ve considered everything we see onscreen from the set-up of the band, what they’re wearing, what’s on the walls around them…and that’s just the full-band shots!  The storyline half of the video is equally flawless and fully spells-out visually the fury of emotions that come with the theme & lyricism of “What’s Her Name?”  You’ll see how the two-halves of what you see meet by the end…a final brilliant twist in the video as the band blazes through the chorus to its high-energy ending.

I will ask once more…just once…

…WHAT is not to love about this band?

Smoking Martha – you rock my freakin’ world…I’m staying up on this soapbox and continuing to yell about you until the rest of the world knows too.  Fact.

Find out more about Smoking Martha and stay up to date on the details of their new record IN DEEP coming out May 19th by checking out their homepage right here:  http://www.smokingmartha.com/