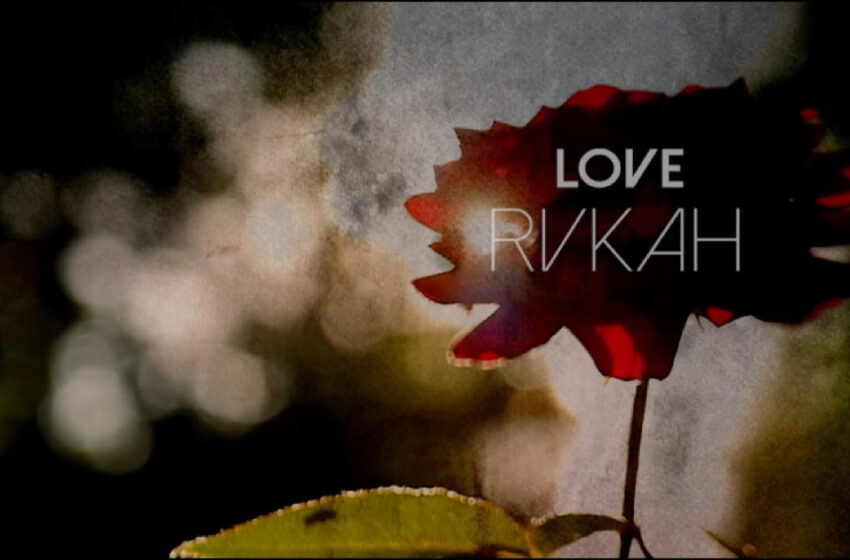 …but we’ll get to that.  #JustAnotherDayInTheLifeOfAMusicCritic

Last year, back in August, I was introduced to the music of Rvkah through a couple of singles from The Love EP that I reviewed here on our pages, and hot damn did I ever have a whole bunch of great things to say about what I heard.  Clearly born a superstar waiting for her moment in the spotlight for destiny to meet opportunity, The Love EP pretty much boasted nothing but single-worthy sound, no matter which cuts you could have chosen to listen to, and fully revealed the sensational voice & stylistic vibes of Rvkah to the world.  If there’s a critique to be made at all at this point in time, it’s simply that she’s working with that music-industry model of the past, where you make a record and tour it for the next five years…and as much as I’d love to say that’s where we’re still at on this planet, we’re just not, and that’s the facts whether any of us like it or not.  The Love EP officially came out back in 2020…which means these songs I’ve got here in my inbox, “Replay” and “Love” also came out in 2020…and even though they might still sound plenty fresh…in today’s world, Rvkah’s a step behind in that regard – I hate to say it y’all, but even just two years later is a whole lot later in the modern age of music making.  That being said…because I’ve got a whole lot of grey in my beard, one foot with a pulse & one in the grave – I can remember way back to when it was important to make SURE that EVERYONE out there had a listen to the music before moving onto the next project…and when you’re as good as Rvkah is, you SHOULD take that time, in my opinion.  Just make sure you’re not taking so much time that you end up sending out songs twice…ahem *cough *cough…because some of us have a much better memory than others…

…still following me?  Catching on yet?

As far as I know, “Replay” was the first song on The Love EP, and the second single released to support the record back when Rvkah began to promote it in 2020.  She’s got a midas touch on the microphone y’all – that much is crystal clear to anyone listening, and I’m positive I would have made some comments like that the last time around when I reviewed her music.  “Replay” deals a lot with the choices we make in life & love…how we often reflect on what could have been, what we might have missed out on, and how that can basically affect our daily life for the rest of time if we’re not too careful.  Some of you out there will be able to relate for sure…anyone that feels like they let ‘the one’ slip by them somehow, knows exactly all too well what Rvkah is singing about on “Replay.”  I’ve always considered myself very lucky in that regard…I had met plenty of fantastic people along the way throughout my relationships in this lifetime, but when it came to ‘the one’ – I married her, and we’ve been together for eighteen-plus years now.  Even though I managed to escape the fate that Rvkah is singing about on “Replay” – the concept is not at all lost on me…the very idea that I could have somehow let the amazing woman that eventually became my wife just be another date or a short moment of time where I didn’t realize just how incredible she was, and moved on without thinking about it…that’s outright horrific to me now!  I would have wandered this planet alone, searching for what was once right there in front of me; it’s not only extremely scary to think about, it’s a reality for so many people around the world, and it’s freakin’ heartbreaking!  Rvkah’s done an exceptional job in bringing this scenario to your speakers on “Replay” and revealing what some of the aftermath can be like…how it takes such a toll on our mental state, our feelings, our emotions.  It’s not inconceivable that we could go back and potentially correct a mistake and rekindle an old flame to burn even brighter than when it originally started…but I think most of us would readily acknowledge that it’s much more difficult.  On the bright side…knowing what I feel like I know now that I’m super old & in my forties…I can confidently say that a whole lot of people tend to SEEM like they’re ‘the one’ – and all I can say to that, is that when you know, you know.  “Replay” dives into the deeper emotions that come along with recognizing that, the pain of loss and heartbreak that would come with it, and gives you the intense feeling like missing out on ‘the one’ could be the most devastating thing we’ll ever experience in one lifetime…and I suspect she’s right about that.  She’s got this monumentally soul-crushing moment sounding real good though…”Replay” is full of vibrant hooks.

Now let’s address the way I started this review out, shall we?  Because I DO remember Rvkah – she is in fact, completely memorable, and an all-star artist in the making as far as my ears are concerned, which I’ve felt like she has been since I first heard a couple of her singles back in 2021.  That being said – I only do what I’m told y’all…and artists/bands end up having their music on these pages of ours for all kinds of reasons I don’t pretend to understand.  So when I’ve already reviewed a song from someone…and that song shows up AGAIN like we’ve got in this scenario here today…I could huff & puff and be offended that maybe they never read a single word of what I had to say before – or I could just roll with it, and get all kinds of creative with how I write about things instead…which I like to think I’ve done here today.  Anyhow.  My experience with this kind of stuff has shown me that in the majority of scenarios where a song gets submitted twice for a review has much more to do with people going too fast on their side of the screens when looking to promote stuff, or forgetting that their music ever ended up here in the first place – it’s usually one or the other, sometimes both – but very much more rarely looking for a second opinion on the same song.  So my advice to Rvkah, is to simply follow her own advice, which is right there in the title of track two on The Love EP – “Slow Down” – promotions ain’t a race…and the last thing you wanna do is just toss links at someone without really thinking about what you’re sending over.  Make sense?  Good good.  Anyway – do I still love “Love?”  You betcha!  I ranted and raved about it when I first heard it over a year ago (read the original review by clicking right here), and I still think it’s the belle of the ball if I’m being honest with ya.  I like the other songs I’ve heard like “Slow Down” from before and “Replay” from this experience, but I truly LOVE “Love.”  You wanna know how I know?  Like…beyond its single-worthy sound?  “Love” is the kind of song you remember when you hear it again…just like I did when I pushed play this time around.  I thought to myself…’hey…wait a minute…I’ve heard this song before, haven’t I?’  There are some scenarios where that’s simply because an artist makes very similar music throughout their catalog – and then there are situations like this, where you know beyond the shadow of a doubt, that the song you’re listening to is one that you definitely know – because THAT dear readers, dear friends…is exactly how memorable Rvkah’s music IS.  So yeah…OBVIOUSLY I’ve spun it a whole bunch more while it’s been back on my playlist…and MAYBE she was trying to test the waters just to see if I WOULD remember it…it’s hard to say, and like I was tellin’ ya – I’ve long given up trying to figure out what brings the music out there to these pages of ours with how many millions of reasons there could be.  As always, all I can tell ya is what my ears like hearin’ – and they LOVE listening to “Love!”  I can fully promise you that’ll never change too…so before someone sends this stellar song over to me for a third time Rvkah…consider that.  😉  She’s a complete natural with a remarkable voice, a gift for expression, and music you’ll remember.