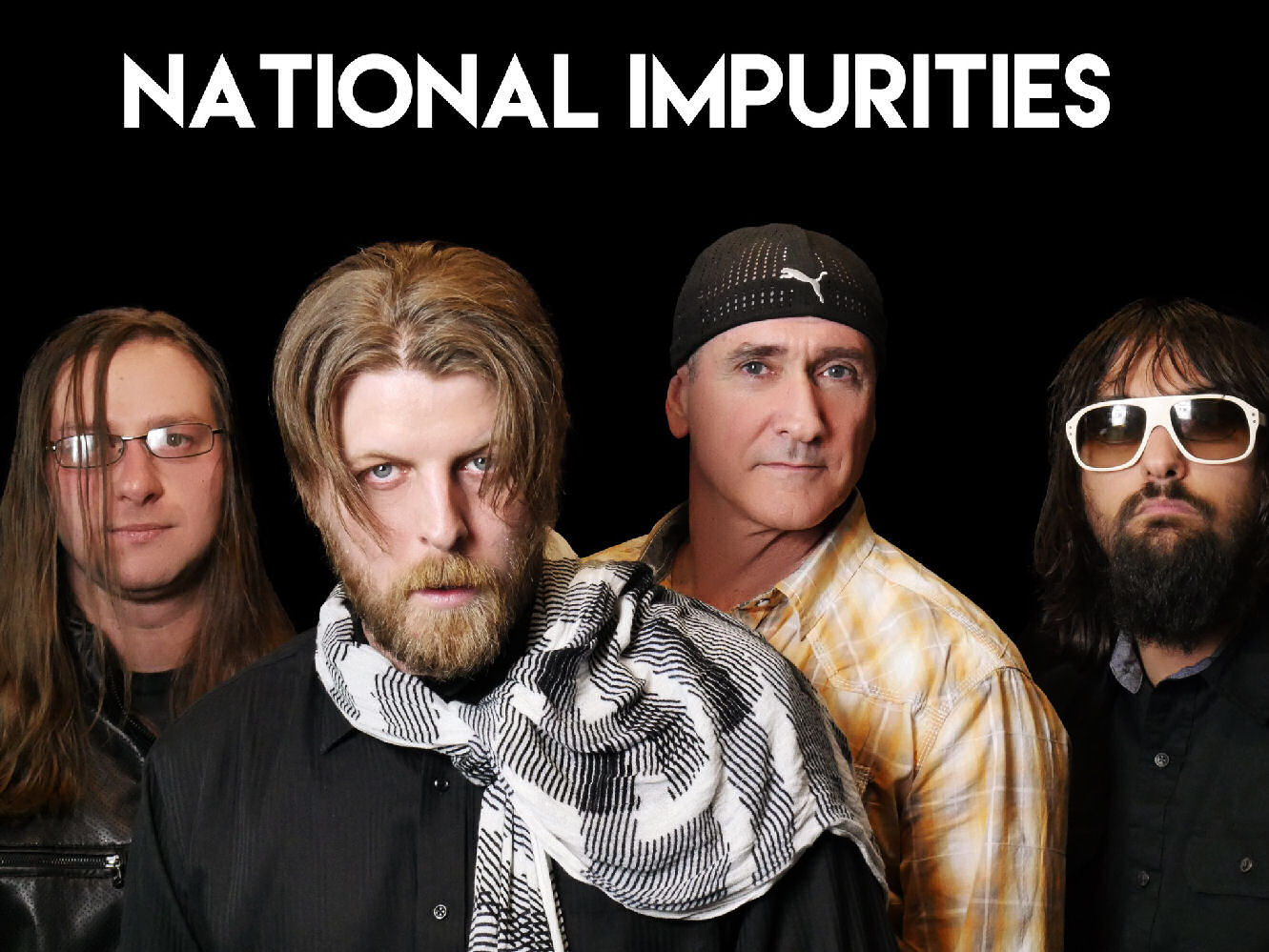 Check out the latest video from a band that is outworking the rest BIG TIME this year – National Impurities and their cut “Join Me.”  You can find “Join Me” also on their self-titled EP…it was actually the first impression I got to have with this band & first song I’d heard from them – and I STILL dig it today and can hear the entire song in my head when I close my eyes.  Yes – without having it playing in the background – although to be truthful, it’s much radder to turn them up and play it on the stereo than just in my mind & fully recommend you be doing the same.

On last night’s episode of SBS Live This Week, we played “Join Me” and filled you in on some additional thoughts about this band – but I wanted to make sure that even outside of the show you’ve got a chance to check this out.  I’m a firm believer that the ‘right’ video for a song is one that truly fits the music…and that doesn’t always necessarily need to be a complicated thing.  National Impurities are already kickin’ ass with lots of videos out there…arguably more involved in their concepts than you’ll find in “Join Me” – BUT – this single really didn’t NEED a complicated video; it needed something that fit its grunge sound…and they nailed it by keeping this one simple.  Rad band footage, great live shots and editing…but really the main ingredients included just letting the band do their thing on “Join Me.”  The end results give you a clear picture/idea of what it might be like to check these guys out LIVE – and I think it was just as important that they put that out there for all to see.

But I maintain…one of the coolest things about National Impurities to me, is that they seemed like they were just four dudes that decided to start making music…and I’m watching/listening from a distance & seeing just how much this project has taken over their lives in all the best of ways.  I’m never sure who reads all this stuff I write…and don’t get me wrong, whomever you are I love you for it…BUT…I can’t lie to you either – National Impurities are outworking you right now.  Like, as in this very moment.  While you’re reading this, the band is likely planning their next video, writing their next song or jamming it up…they’ve let the beast loose and now the beast has completely consumed them…music seems to have become their everything.  And so it should be!

So HUGE shout-out to Joe Williams, Joe Lionti, Alan Osborne and Nick Manka…because I can see the hard-work & effort you’re putting into the music of National Impurities, the videos, the social media…I see and hear it ALL…and I know just how much time you must be spending on it.  “Join Me” is another kickass chapter in the National Impurities story and I think the video worked out perfectly; it seriously fits this song like they’re meant to go together, exactly like a great video should.  For those out there that are unfamiliar with the band so far…believe me when I say, this cut is a bold first impression that really lasts long beyond hearing it…you’ll remember the hooks in this tune for years and years to come.

And I KNOW that I’m right when I say that they’re busy, constantly working on new tunes and videos and getting new material ready to release for you rabid music-fans…I can tell you that firsthand.  In between dropping this video for “Join Me” online and my vacation this year over the summer…they’ve ALREADY put out more music online…I can see they’ve got another new video out already!  I’m almost worried that if I blink, sneeze or sleep they’ll have put out an entire catalog of tunes…and I don’t wanna miss anything that these guys come up with.  They’ve got a massive range of sound in their band…they swing to the harder side of grunge on “Join Me” – but you can really expect all kinds of alt-rock/pop ideas and styles in their tunes.  Check out the review on their self-titled EP here and get an idea of what they’re all about…you’ll see what I mean; over three tunes, they managed to do something really different with all of them and genuinely impressed me with their span of ideas and sound.

But of course…do that AFTER you check out the video for “Join Me” – I mean…you’re already here and it’s just one click away now…right below these word-things I’m writing.  Enjoy!