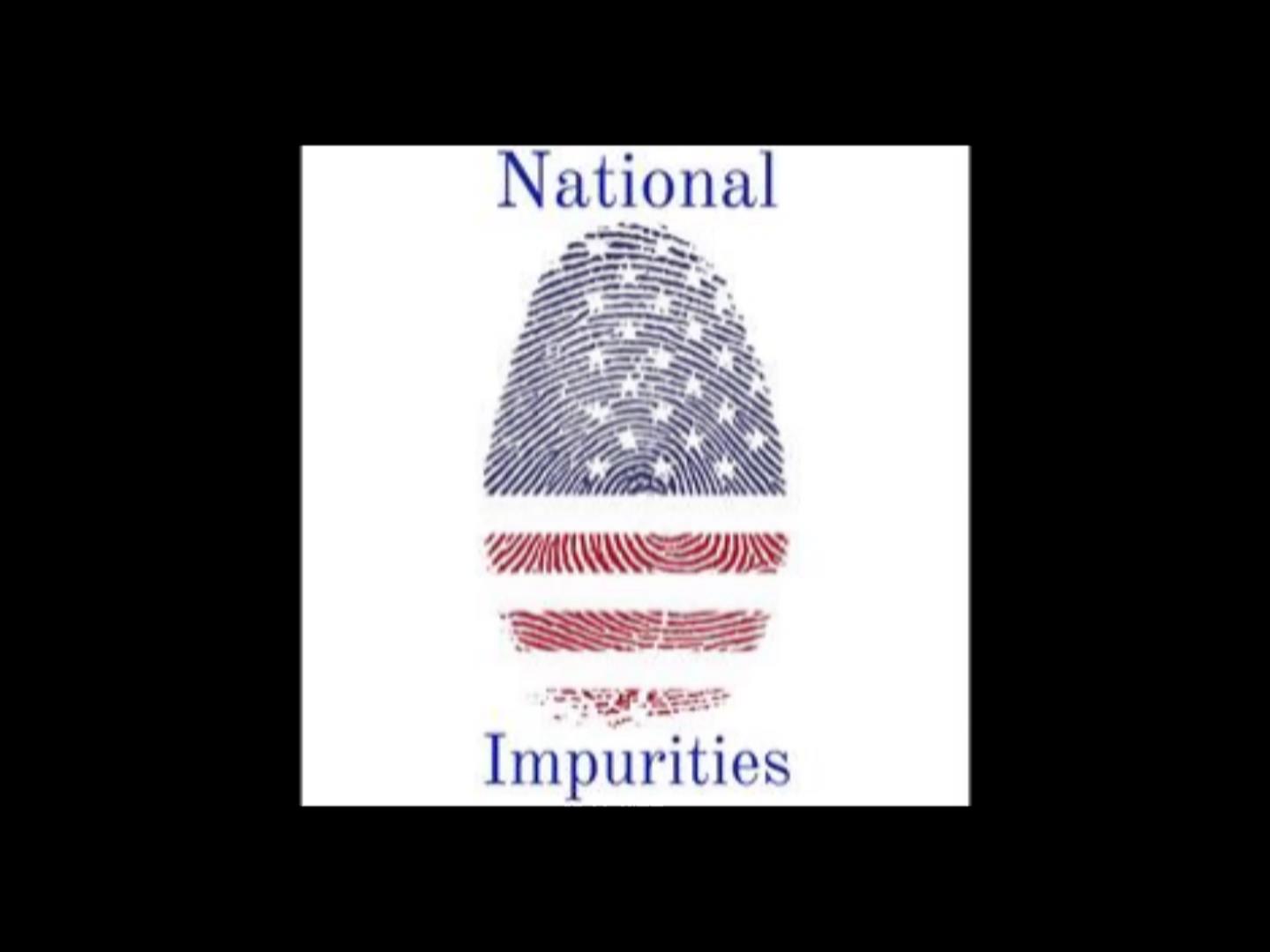 For those of you out there that checked out the most recent episode of the SBS Podcast, you’ve already had a chance to check out one of the cuts from new three-track self-titled EP from National Impurities when we played an explosive tune called “Join Me.”  Just so happens it’s also the first tune of the three on the new EP in addition to being the official lead-single from the record – a move that I think deserves extra credit on both-fronts.  First impressions matter and National Impurities have put themselves in a solid position to make a memorable impact with “Join Me” being undoubtedly the initial experience with their music for many people out there…it’s the kind of hazy, melodic/alternative grind that is bound to snag the attention of listening ears.

National Impurities will go on to display an impressive range of styles, sounds and ideas in the short set of tunes overall – but for myself personally, I gotta hand it to these guys for putting out the right cut on the record to make the initial impact and help establish themselves out there in the music-scene.  “Join Me” has all the angst & energy of an early Silverchair…so if you dig those guys and their early material, you’ll dig this.  I mean seriously – “Join Me” completely scratches the itch for anyone missing the grunge-era, which is certainly something I’m always guilty of.  I dig the filtered sound & tone of the guitars in the verse…love the grip & rip into the distortion-filled chorus…drums deserve extra credit as well for kicking ass on this solidly all the way through.  Bass fits perfectly and sits perfect in the mix to really keep the rhythm flowing and support the grind of the guitars…musically – I very much dig what these guys are up to on their lead-single.  Vocally, lyrically…hmm…how about this is as nailed as it can get?  Sincerely, this is a rad performance that really matches the vibes & atmosphere of the music 100% to perfection – the verse is excellent, the chorus captures the strength and power insanely well.  Of the three tracks on this record, in my opinion the choice of “Join Me” was clear-cut…wicked quiet/loud contrast & dynamics lead this track to multiple hooks and a wide degree of accessibility to listeners and fans of anything-rock.

The question immediately becomes…what kind of band is National Impurities going to go on to be?  When the surf-inspired pop/indie sound of “The Shark Song” starts up right after the heavy-vibes of “Join Me,” well…I have to admit that it wasn’t at all what I expected coming at me!  Hard to knock on the song overall, it’s played, performed and tightly written…but yeah…on those first listens through the sweet, bright rhythms of the guitar, steel drums and pepped-up bass-lines, it really is kind of a shock to the system when you consider the complete 180-degree turn the sound takes right away on this record.  Once you get past that with a couple repeat-spins through the EP, the inviting pop-influenced sound becomes more welcome, no doubt about that.  I dig the island vibe and added elements they’ve put into the music from the percussion-elements, surrounding instruments, subtle effects and backing vocals; to be truthful I think the two atmospheres on display in the first two tracks make for a bit of a jagged switch into the syrupy-sweet attitude and approach of “The Shark Song,” but I also think that it’s important for a new project or band to test the waters like this too.  Like I said at the beginning of this paragraph…it’ll be interesting to find out what the dominant-side of the National Impurities sound will become over time or whether they’ll continue to mix it up.  Equally important to remember that while I might have resisted the brighter sound of “The Shark Song” initially – for others, that might be a much more welcome style of music overall to their ears.  In the recent episode of the SBS Podcast I talk about the benefits of mixing it up at the beginning of a career and how it leads to more freedom down the road…in that sense I think “The Shark Song” works to their advantage in the long run in laying the foundation for change and keeping us guessing as to what National Impurities might do next.

In terms of layout…I might have switched up the second & third track to have that grunge/alternative sound of “Join Me” transition a bit more fluidly into “The Shark Song” by having the final-cut “She’s Mine” in the middle instead to gradually bring us there…but again, that might just be me.  I absolutely think “She’s Mine” hits the mark completely…at the end of the day it might be built on simple-chords for its main rhythm, but the solos are sharp and once again, the vocals absolutely stand out for all the right reasons.  To give you another example of how far the sound has ranged here…I’d put something like “She’s Mine” much closer to the Social Distortion/The Refreshments side of music than the early material from Silverchair I’d felt like they resembled earlier on “Join Me.”  Where the layout in this particular form pays-off for National Impurities is that they really do end this EP & experience on unquestionably solid high-note – “She’s Mine” has fantastic energy, solid rhythm & groove and a vibrant performance that gets the most out of each moment.  Perfect mix of grunge/pop here and another highlight on the versatile & accessible ideas that National Impurities are capable of creating; “She’s Mine” puts the cherry on top of what’s been a solid experience & entertaining ride.  National Impurities might just be breaking-out right now…but I think you can hear from the depths of their exploration and range of sound over three songs on their new EP that they’ve certainly got a lot of passion for music of all-kinds, they’re incredibly inspired and creative – and I’d be willing to bet you’ll be hearing new tunes from these guys on the regular, starting now.