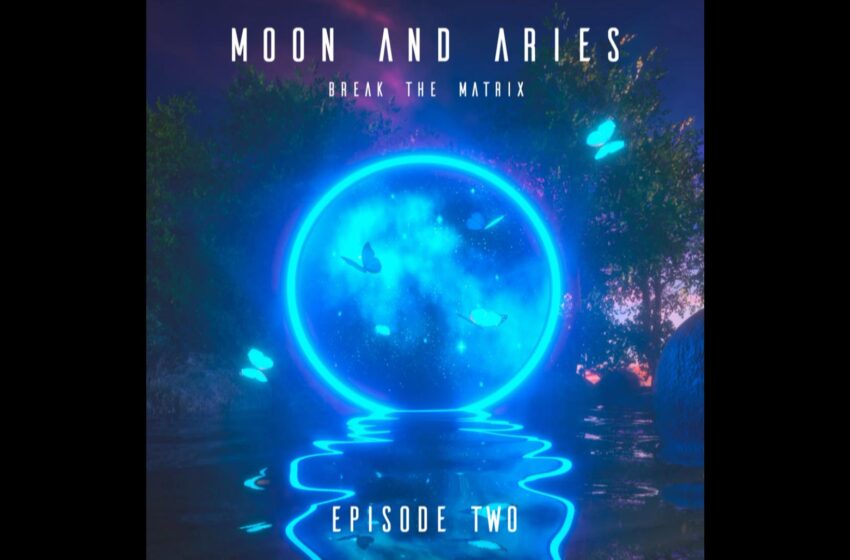 “Mind the mess as I press the buttons, one for creation, one for destruction…”

I love that line from the opening track on the new record by Moon And Aries, who returned with their promised second EP of their Break The Matrix trilogy on November 3rd this year.  The song’s called “Codes And Circles” – and it got this new EP headed in the right direction for the Trip-Hop/Dream-Pop duo.  Tom Aries gets the music moving in an engaging way instantly, and the soulful sound of Jordana Moon’s vocals comes out with stunning clarity and control.  It’s a stellar combination, delivered in a very low-key energy that leads to a more curious & mysterious vibe than perhaps anything else, but there’s no doubt that they’ve gone about opening this record in an intriguing and enticing way.  The hooks are strong enough, the performances are spot on, and the balance between Moon And Aries in the music & vocals is continuing to find its parity.  What I really thought worked brilliantly in “Codes And Circles” is their main transition from the verses into the chorus…that’s where you really hear things spark to life between them.  That being said, as the song progresses, you can also hear the transitions from chorus to verse get even stronger – Jordana in particular, seems to really attack each subsequent spot outside of the main hooks with extra punch and energy in her voice, which makes the song itself more exciting as it plays on.  Control is always a great aspect in a singer’s voice for sure…and we know she’s capable of that in a way that would rival the best of professionals with her technique & training & whatnot…she’s proven that already in the past – so for myself personally, what I liked about “Codes And Circles” was that we got to hear a few more noticeable points of real emotion within the coldness of this whole vibe.  In many ways, a track like “Codes And Circles” presents an icy sound, but those few moments of heated emotion in Moon’s voice really make a huge difference between what would be a really good track, and a song with some fired-up elements to it that we’ll remember.  Plus, simply in terms of songwriting and the craft, you wanna hear that progression in an artist’s or band’s work – the more you get out of Moon here, the more engaging & entertaining you’ll find this song becomes.  Musically, I feel like Tom’s in the zone on this record…production-wise, the dude’s relentlessly on-point and right on target.  You might be able to make the argument that he’s really left it up to Jordana to supply the dynamics of this opening track given that the music displays such an even keel…but on the bright-side, she seems ready to supply.

Honestly, I think the biggest battle that Moon And Aries are always going to be fighting is the one between art & accessibility – it’s an extremely fine line to walk in music, but not impossible; the difficulties in doing so are ones you wanna be prepared for is all.  Too much of the artistic dimension and you start to shed layers of accessibility and how widespread an audience could potentially be – too much accessibility, and you risk salting the artistic crowd that are looking for creativity & something different…and they could be your most loyal & devout fans.  All-in-all, I felt like Moon And Aries found a better balance of these two worlds on Break The Matrix (Episode Two) than they achieved with Episode One earlier on this year, and that overall, it seemed like they’re starting to really dial into what they’re capable of.  “The Butterfly Effect” contains real highlights for this duo and the music they make, but probably comes closest to potentially falling towards their artistic side in the majority of the content.  To be clear…I think they managed to maintain enough of a balance for it to be accessible…but it’s closer to one side of their sound in that artistic dimension of the writing than the other cuts by comparison.  Where I’d challenge Jordana a bit more in this particular track is to tie-in that title just a bit more – I’ll be real with ya, the concept of The Butterfly Effect is one of my favorite theories on the planet.  I’d never profess to be some kind of scholar on the subject, but I do find it fascinating and I’m fairly well versed in what The Butterfly Effect is all about.  Do I need a title to fully represent the music I’m listening to?  Not really if I’m being honest with ya…but I do feel like it’s probably the best way to go in certain circumstances, and this might be one of them.  When things become highly specific, like taking on a certain topic like The Butterfly Effect or alluding to it title-wise, we’d want to really see in the lyricism/hear in the vocals the tie-ins between the title and the song.  Don’t get me wrong…there’s some…and like I said, there are no rules that necessarily say there has to be any at all really…it’s just an observation that I’m putting in here for Jordana in case it’s something she feels can be stronger in the future of her songwriting is all.  Maybe she feels like the connection from the words to the theme of The Butterfly Effect is crystal clear as it stands – and if she does, that’s perfectly fine…I’m just one person with an opinion, and I’m simply doing my best to always push the creative community to reach their best as well.  Concept records/songs are just about the toughest things to pull off, bar-none…almost everyone outside of those that write them won’t fully understand them, including me – and I’d be the first person to admit that.  Between you and me, I’m not exactly the brightest crayon in the box, you know?  Anyhow.  Like I said, it’s just an observation.  When it comes to some of the individual lines she’s written into this song and how she’s sung them, there are still plenty of exceptional highlights within “The Butterfly Effect” that make for a really great song to listen to – so if it sounds like I’m complaining, I’m not – there’s a difference between that and making an objective observation y’all.  The word-selection is outstanding and brilliantly unique in that regard…I was just trying to tie everything together with The Butterfly Effect concept myself, and never really felt like I quite got there – but that could be completely on me.  Where I felt like the strongest instance of the tie-in between title/concept in the lyrics was, ended up being my favorite part of this track – “Meet me at the end/meet you at the beginning” is stunningly insightful & cohesive with the theme for sure.  As a song, it’s as professionally performed and produced as you’d expect from Moon And Aries at this point in their career – even though it’s still on the early side of their own timeline, there’s no question about their commitment, dedication, and combined talents shared between them – they execute at a level well-beyond their years as a duo so far, and all the detail you hear from the lead to the background is purely immaculate.  Jordana’s got a truly beautiful voice, and Tom’s music on “The Butterfly Effect” really brings it out of her. 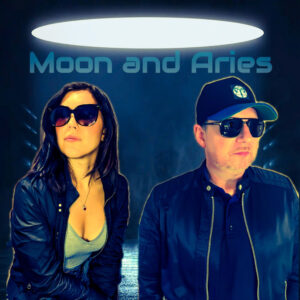 If my memory serves me correctly, I felt like they saved their best track for last on Break The Matrix (Episode One) – and I feel the same way about Break The Matrix (Episode Two) if I’m being real with ya.  I like “Codes And Circles” – it’s a solid tune.  I thought “The Butterfly Effect” contained some significantly substantial breakthroughs for their music and took them another step forward in a few ways, even though it was a bit more of a mixed result.  When it comes to their final track, “Rescued,” it seemed like they truly struck that balance between their artistic dimensions & the accessibility the masses require perfectly.  Tom’s got the music sounding like what you’d think of a band like The Cure finding their way into Electro-based tunes, Jordana gives one of her most vibrant and alive performances on record to this point in their career & catalog…and “Rescued” quickly becomes pretty irresistible on all fronts.  To some degree, I think you can see/hear the more typically poetic nature of Moon is dialed-back a little in search of that compromise between what Jordana wants to say & what the people out there listening can/will be able to absorb…”Rescued” is somewhat inarguably more straightforward than you tend to find her lyricism to be, but I felt the shift really worked in their favor overall, even if it’s something I felt like we could notice in comparison to the rest of what Moon And Aries have created to-date.  What I can tell ya, is that I’d imagine the vast majority of people out there are going to consider “Rescued” to be among their very best songs released to-date, and Break The Matrix (Episode Two) to be among their most complete experiences so far overall.  There are some tracks out there in this world that speak volumes on their own behalf…they don’t need words from me to entice you in to listening – and “Rescued” is definitely one of those.  I absolutely love Jordana’s vocalizations on this song, I felt like her lyricism was different, but had everything it needed, and I felt like the music itself was some of the undeniable best I’ve heard from Tom & love the synth-piano melody at the top of the surface.  “Rescued” has a brilliant rhythm and pulse to it, and they execute this track like the all-stars they are fast becoming.  It’s a great note for them to go out on in wrapping up their latest EP, they’ve put in flawless performances in from start to finish on this record – “Rescued” is the cherry on top…a massive highlight for the direction they’re heading in, and a track that’s guaranteed to have us all collectively looking forward to episode three.

Learn more about Moon And Aries from the official pages below! 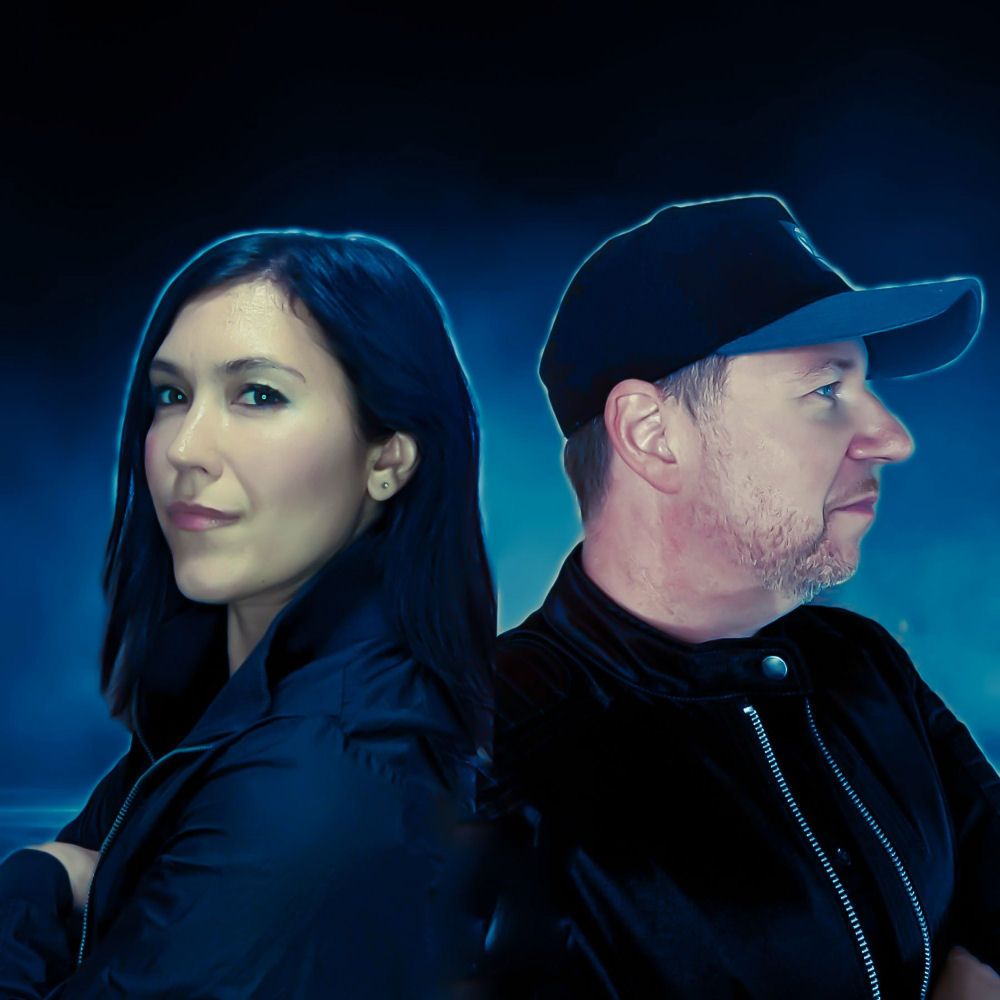