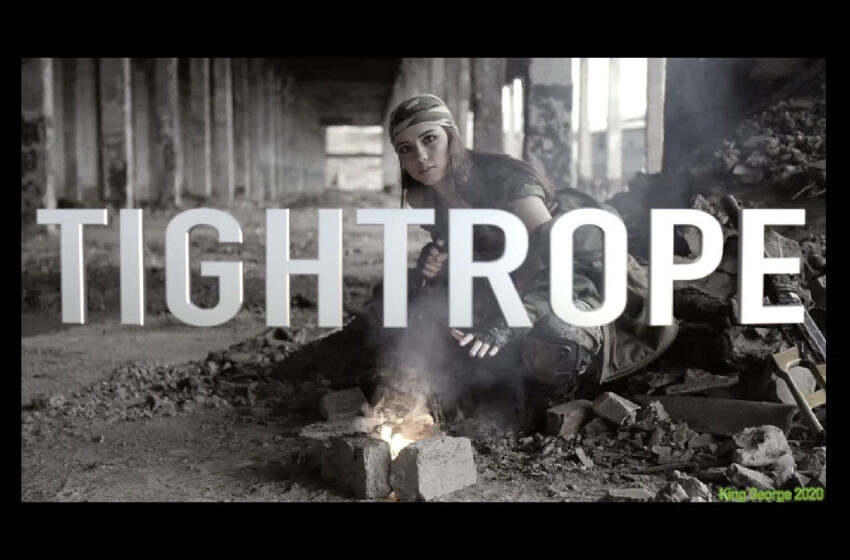 Welllllllllllll snap would you look at that – King George has gone all up & cinematic on us for the lyric video supporting his slick new single “Tightrope” – this thang looks like a movie yo!  If you notice the description, it’ll clue you in to what’s up and what “Tightrope” is really all about – it reads:  “The Gaslighting Queen vs King George” – which implies it’s fairly safe to say the man behind the microphone has been burned a lil’ bit & he’s unapologetically venting it out here in this new track.  “I won’t bow down, no I won’t bow down” will pretty much tell ya like it is – King George proves he’s got tons of fight in him…and that though he may get knocked down on occasion like any of us out there experience in this lifetime as well, he knows full-well that the comeback is always better than the setback.  Ever the innovator, with a cut that sounds light-years ahead of the scene right now, not only is he creating a single that many people out there that have experienced that harsh exit from a relationship where they were left feeling diminished can relate to, but in sounding as strong, confident, and creative as he does on “Tightrope,” KG shows us all that you can come out on the other side of it all a much better man, with plenty of fuel for the art.  Ain’t no doubt that King George sparks a blaze of searing emotions that probably feels real damn good to get off his chest, and in the process, gives you a slow-burning & stylistic listening experience & stunning video that is guaranteed to keep your attention locked down tight; “Tightrope” is a highly addictive & savage cut that holds nothing back.

Check out more from King George at his official channel at YouTube right here:  https://www.youtube.com/channel/UCmTmGbcPG5jmI13bX99MTDA