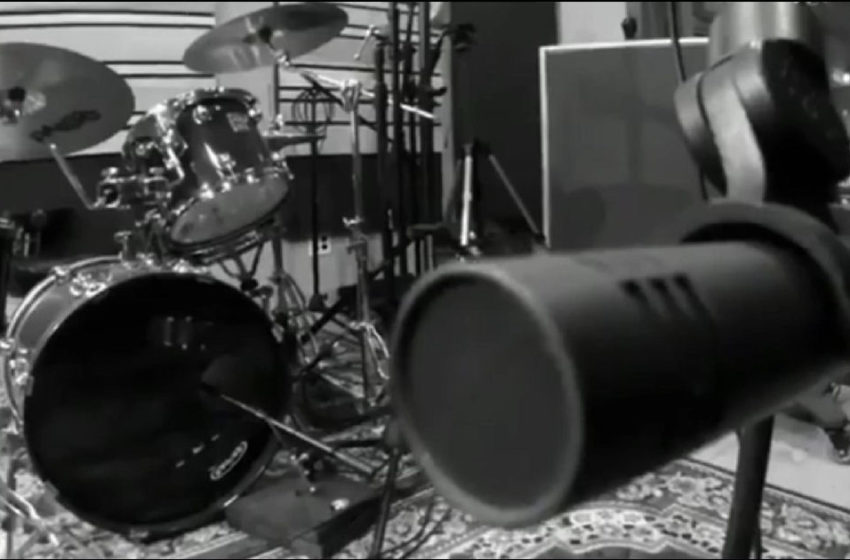 Technically I’ve dealt with Jordan Carroll more times than songs I’ve heard from him or featured the guy up on these pages of ours…dude’s practically like family at this point & one of the nicest people you’ll run into out there in the scene today.  Don’t get me wrong…I’m probably more apt to be tougher on an artist/band that’s closer to me than not – but the fact remains, JC never even gives me the opportunity to complain.  I actually looked up the list of reviews & past songs from him just to verify that as I listened to the new single “Foxy Lady” that’s coming out on April 25th – this guy has a tremendous track record for success and seemingly can’t miss whenever he steps up with a new song.  While it was way back in 2015 when we were first introduced through his single “You Know That I Know,” Carroll came back strong in 2018 with a delicate tune called “The Wind Will Blow Us Home” and gave every indication that the studio lights were on & shining just as brightly as his creativity & inspiration once again.  Each of these singles have revealed the remarkable natural talent and innate entertainer that Jordan truly is; that includes his latest coming up here in 2019…he’s releasin’ these tunes steady online now and clearly making moves with his music and career.  Ultimately, there’s no limit on just how far he could really go.

You might put this cut somewhere in between the two we’ve heard in the past as far as sound/energy goes…”Foxy Lady” will definitely turn up the amplifiers when called upon in the chorus or surrounding instrumentation, but there are multiple moments of smooth melody supplied in the verses as well.  Where Jordan is really excelling in this new single, is in the balance of all pieces combined; if you’re paying attention and listening, you’ll hear everything clearly in the mix and that each element gets its own time to shine along the way.  Like…for real…I know ‘how’ people tend to listen to music and what’s going to grab their attention at first…there’s no doubt that the spectacular vocals from JC are going to be at the top of that list, likely followed by the appealing sound to the flash & grind of the guitars – I get that – BUT – all I’m saying is turn this up and get the very most you can out of it, because the bass & drums on this tune deserve equal credit for sure – “Foxy Lady” is tight all-around from every angle.  To the point where, if I was to be asked which piece of this puzzle I felt stood out the most, I might not even be able to choose here – everything you’ll hear plays a huge role in making this single stand out.

And no, before you all jump on your Google-machines to see if this is a cover of the Jimi Hendrix hit – it’s not; though I’d be interested to find out how labeling a song with such an identifiable name ends up paying off for Jordan’s new single.  I could see that going one of two ways when people search for it online – either it’s gonna come up right there shoulder-to-shoulder with Jimi in the main results, or there’s a chance he might get stuck in a sea of live videos and performances that Hendrix pumped out over time…tough to say for sure, but Jordan will definitely find out.  In any event, “Foxy Lady” by Jordan Carroll ain’t gonna disappoint any Jimi fans if they happen to end up clickin’ onto his new single – that could be a part of the strategy even…it could be a slick gateway into a whole audience of new listeners.  Check out a sample for yourself below!

Definitely not the kind of artist that would need a gimmick to make his mark though, I’m sure it’s just the results of going where the song took him and the sexualized energy & inspiration driving this wild tale of love, admiration, and devotion on “Foxy Lady.”  Lyrically, Jordan’s found solid ground on this tune with a smart pairing between the sound of the song and the words he’s chosen, which are brought to life in this track from the vibrant way he approaches the mic & sings this cut with such swagger & style.  He’s sleek & slick throughout the verses, explosive & expressive in the chorus where the song needs his energy the most…you can hear the structure build and song get set to reveal its hooks…I dig that tension point there in the writing & performance…like, we brace ourselves as listeners even as “Foxy Lady” surges forward.  Guitar-solo is right on the money and sounds incredibly badass – and the final breakdown of having it cut in & out was one more brilliant addition to what’s been 100% rock-solid from beginning to end already – that’s the kind of attention to detail that separates Jordan from the rest.  Another job extremely well done from what’s clearly a reliable source of damn good tunes – Carroll crushes yet another single – half the time in falsetto this time around even – and continues to find exciting new ways to make his music possess an energy & vibe that’ll connect to the people out there.

Find out more about Jordan Carroll through the official links below!