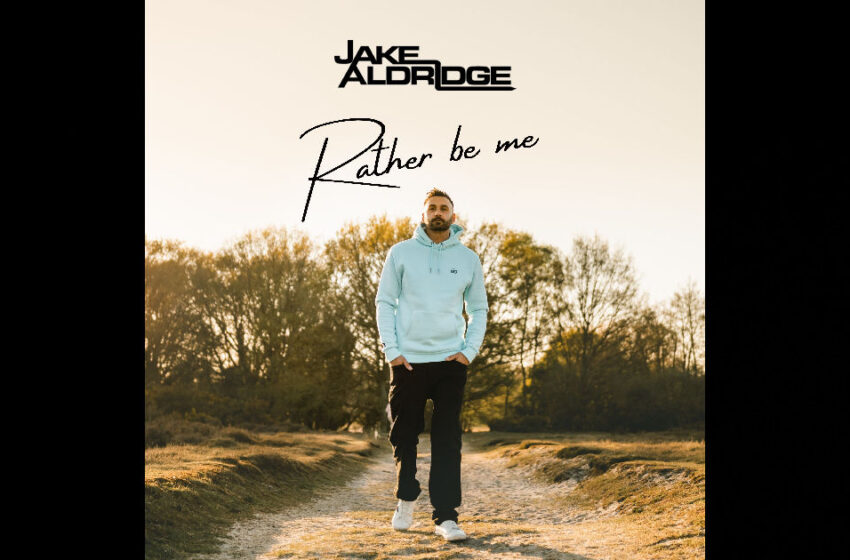 Jake Aldridge – “Rather Be Me” – Single Review

Free speech songs are usually one of the more interesting topics I cover…not so much for what you’ll see here on the pages, but generally speaking, what ends up happening behind the scenes.  Everyone wants honesty until you give it to’em – that’s when the problems arise.  You’d figure that most people out there that end up in the path of a critic would be expecting some sort of pushback…or…criticism?  Yet I can tell ya directly from experience, exercising your freedom of speech still comes along with a whole lot of hurt feelings from those you’d figure would get it more than most, considering how much they advocate on its behalf.  I ain’t saying that’s necessarily what Jake Aldridge is like…at least not yet…I suppose time will tell based on this review here!

Personally, I really like what he’s singing about on his new single “Rather Be Me” – I’d probably even go as far as to say I’d agree with about 95% of it all, which is probably about 90% more than I tend to find in common with the lyricism in most songs tackling real issues.  I like that Jake’s taken a good look at the whole scenario from a glance, objectively, as opposed to entirely internally – he takes responsibility for the way he sees things too, like when he sings “I’m impatient…and short tempered too” at the start of the main hooks in the chorus.  We all play a role in how we give & receive information – and yes, that includes ourselves personally – to me, it’s all about how you choose to go about communicating what it is we think we know, and a healthy understanding that no matter who we are, we’ll never actually know everything, or really, anything at all.  I’m at the point now where I’ve simply come to the conclusion that if y’ain’t contributing something positive to this planet in some way, shape, or form – I ain’t listening to ya.  “Why do you suck up to people you don’t even like?” becomes one of the most powerful & poignant lines in “Rather Be Me” – far too many people do this, whether it’s at work or in their daily lives – and in general, it’s something that happens because we’re more afraid of conflict than anything else.  That being said – realize & recognize what’s truly important – why on earth would it ever matter if someone out there doesn’t like what you think, say, or do, when you’ve got no love for them to begin with?  Any opinion that matters enough to you to have some kind of influence or power over you should bloody well come from someone you RESPECT.  As for the rest?  Honestly, none of the rest should even matter.

That includes ME.  If you happen to think I’ve got something worthwhile to say…that a decade’s worth of experience in writing about music somehow makes my opinion on what I hear more insightful than your lifetime’s worth of listening to it, then right on – cool.  If you don’t, then right on – also cool.  You see how that works?  Some folks value what I have to say…and if that’s you, thank you, I’m humbled by that & genuinely grateful – if you don’t, feel free to move along and find an opinion that resonates with you.  I’d “Rather Be Me” – just like Jake Aldridge would rather be himself too – and hopefully, there are at least a few of you out there that feel the same way.  Whether that’s spawned from an inclination to be non-conformist, or you’re a critical thinker, or you simply prefer to be honest over being well-liked, I salute you & people like Jake for going their own way.  Speaking from my own experience, I know that this direction ain’t easy – it’s not only the road less traveled, it’s like a road that most people don’t even realize EXISTS…and it is undoubtedly the loneliest one there is.  You end up making choices in this life – you can be direct & honest, or you can keep everything surface-level, at arm’s length, superficial, and be incredibly well-liked…it’s very rare, if ever, that we can be all of these things in any kind of combination.

You see what I’m saying?  I LOVE tracks like “Rather Be Me” that could pretty much have any of us who are really listening end up writing a whole paper on philosophy & theories on what life is really all about.  Like I’ve always told ya – music is all about where it takes you in your mind – and in that respect, anything you’d ever have to say about it is completely valid commentary.  Whether or not it’s agreed with, or a point of view shared by others…that’s entirely up to THEM – this all starting to make sense?

So.  Where am I at with how things sound in Jake’s new single?  For the most part, I dig it!  I’m a little at odds with his pace in the vocal melody of his verses if I’m being honest with ya (which at this point, what else could you possibly be expecting – right?) – personally I feel like he’d benefit from an extra syllable here & there, or a couple taken away, to help assist him with not have to drag out a few words or speed them up to meet the demands of the metering.  Not really such a factor when there’s a ton of sound to surround you as an artist, but the reality of the verses on “Rather Be Me” is that Jake’s gone with a fairly bare-bones design that leaves the words more exposed than you find in many tunes – so we hear each of’em that much more, you following me?  At the end of the day, it’s just an observation – I’d be the first to tell ya that ultimately, he hits the mark he’s intending to in the melody, whether he’s stretching out a word or not, he gets to where he wants to go.  The Rap verse…I’m not opposed to the results, it’s just not as much my thing stylistically is all – again, I’d be the first to concede that some of my favorite lines from “Rather Be Me” are actually found right there in that moment, so I’m more than willing to trade my personal preference for more insight from Aldridge there.  Talk to Ed Sheeran’s bank account and you’ll know that the occasional departure into Rap is an aspect of music that certainly DOES work with the people out there listening, at the very least on a commercial level!  All things considered – the song is good – “Rather Be Me” is not only memorable, it’s also cleverly written, honest, smart, direct, and unfiltered – all things I really dig.  The verses come out favorably overall – and there’s not a doubt in my mind that the chorus Jake’s written into this track takes it to a whole level beyond where it starts and pushes “Rather Be Me” into the addictively catchy cut that it truly becomes.

Musically, it’s flawlessly played and structured with equal smoothness…all that checks out with quality, but to be entirely real with ya, chances are, much of that gets completely overlooked in the case of a song like “Rather Be Me,” which is way more centered around the lyricism & what Jake has to say.  Ain’t nothing wrong with that – in many circles, that’s a great thing – you won’t find me complaining about that either in this instance, I felt like Jake’s lyricism was really strong and outright insightful on this cut.  It’s all about being unafraid to be who you are, being smarter about those you choose to idolize, look up to & respect, and encourages each and every one of us to embrace our uniqueness & what authentically makes us special.  If you’re really listening closely to what he’s singing about, you’d be a whole lot crazier not to support a song like “Rather Be Me” than approving of it – Jake Aldridge gets what life is about, and this single proves it.

“Rather Be Me” gets its official release this summer on August 12th – until that day arrives, make sure to find out more about the man behind the music by visiting his official site at:  https://jakealdridge.com

Tags: Jake Aldridge Rather Be Me Singles sleepingbagstudios