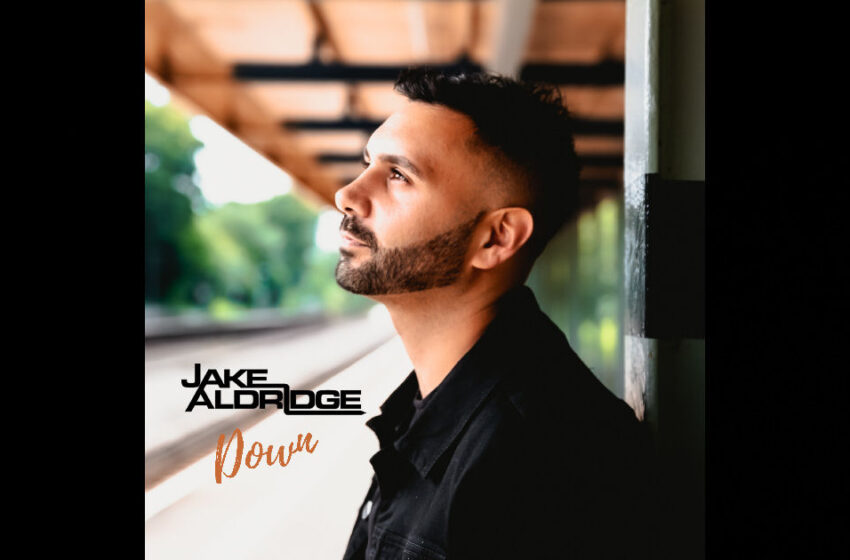 Hard workin’ man right here – Jake Aldridge hasn’t actually taken a full year off of his music since back in 2015 according to what I’ve seen online…and considering how many songs he’s released after that, chances are it’s fairly safe to say that while we didn’t see any tunes pop online in that one year, he was probably busy prepping new material for the future.  In early 2016, I reviewed his single “Give You The World” – which from what it looks like on the ol’ internet, went on to be officially released two years later in 2018 according to the timeline…and even though he’s been away from us here on our pages for years since, he’s remained plenty active out there in the scene with new music coming out every year.  So heck yeah Mr. Aldridge – I dig the work ethic you’ve got my friend, and it’s always awesome to be able to visibly see that an artist is out there, fully immersed in their craft, long before even pushing play.

As far as I understand, the man’s got himself a shiny brand-new single called “Down” coming out this September 17th, and from what it looks like online, this would be his first official offering of 2021.  After a considerably active year in 2020, I’d be willing to bet his fans are quite happy to have the guy back in action where he belongs.  He’s going with Country-Pop as the label attached to “Down” – which I think is very generous to the Country-side of things…and while that’s certainly a good thing for me personally, I’d also imagine that this label speaks just as much on behalf of the his new single as it does just how much Country music can be fully entwined with Pop, Easy Listening, Adult Contemporary & such these days.  In my opinion…honestly I’d drop the label in this particular instance…you want those people out there that are terrified of Country to have a gateway in & if they see that word or label attached, they’re out – if you’re really listening to this track, I think it’s a bit of a stretch to think it belongs to that genre.  Opening up the potential accessibility with a more all-encompassing Pop tag might be to his benefit…but anyhow…I suppose that’s the reason half of us don’t believe in labels anyway, and just prefer to listen.

Regardless of what box you’d put Aldridge into, or what tag you’d label his new single “Down” with, the truth remains the same – he writes a quality tune, and executes like the genuine professional he is.  As you might expect from the implications of the title, it’s probably not gonna be the happiest song you’re gonna hear in 2021…but let’s be real here for a moment & recognize that in this particular time we’re livin’ in right now, chances are he’s got a more relatable single here than any of us would readily want to admit.  We’ve been through a tough couple years here – and if you’re feeling “Down” yourself, I can’t say I blame ya.  Artists like Jake make it so much more okay for the discussions we need to have to BE had, by leading the way by example, communicating what’s in his head and in his heart, through music.  “Down” is the kind of song that draws strength through vulnerability and the fearlessness required to be able to express yourself at the lowest of low points, knowing this method will lead to better tomorrows.

Think of “Down” as bringing sunlight to the darker issues many of us tend to face in life, especially life as an artist or creative-type that often feels detached.  While Aldridge might dig right into the tough stuff and detail what it’s like to be “overworked and being undermined” – you can also hear the empowered confidence & strength he’s found by having feelings like this, and how it’s led him directly to a song that vibrantly blossoms into an uplifting vibe that completely suggests he’s come out better on the other side of it all.  “Down” but clearly not out – Jake turns his personal turmoil into relatable art, and a great song.  Essentially, he’s proving unafraid to express what so many of us think but can’t seem to find the words to say aloud…and like I was tellin’ ya, I think artists like this guy open the door for the rest of us to have those important conversations by being so willing to put himself out there and reveal his thoughts, feelings, and emotions without any kind of mask or filter – it’s what makes “Down” as relatable as it is.  We hear his words, we identify with so much of what he’s singing about, we connect with the emotion he threads into his melody…and in a way, it’s like Jake has created a song for anyone out there that has ever felt passed over, overlooked, or not recognized for the full value they have to offer…you feel these words and that’s largely due to both the insightful wisdom of his lyrics, and the sincerity he sings with.

It’s ultimately really comforting to know we’re not alone, and I’d suspect that’s a large part of the reason that Jake has created this song…not to just express what’s on his own mind, but a genuine understanding that so many of us think these same thoughts, and it’s what unspoken that connects us altogether, deep down.  By bringing these feelings to the surface, it’s not only cathartic for him, but for us as well.  We listen to “Down” and know that we don’t have to STAY that way…that we can be just like Aldridge in this same regard by refusing to lose & finding that pathway to the life we deserve to be livin.’  He’s got another quality cut to add to his catalog with “Down” for sure – he sings it great, the music is perfectly produced and he sounds excellent from start to finish, bringing a ton of accessible & appealing vibes with him, a welcoming & inviting aura, and an unbreakable spirit with the power to inspire us all.

“Down” comes out this September 17th – until that magical day arrives, make sure to find out more about Jake Aldridge by visiting his official website at:  www.jakealdridge.com