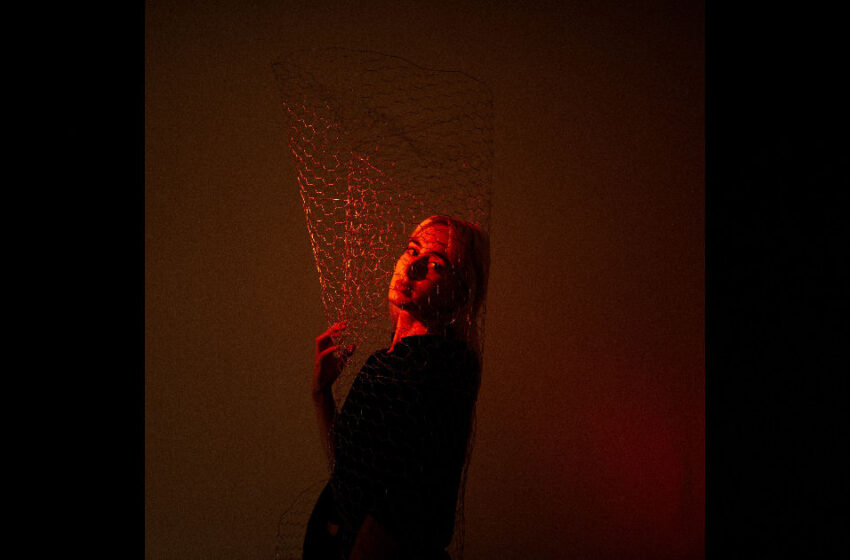 Back in October this year, I told ya we were listening to something special with Eiza Murphy and her single “Black Hole” – and I like to think these ears of mine aren’t ever bound to steer ya wrong when it comes to recommending what should be coming through your speakers from the independent music-scene.  But just in case after eight years here at sleepingbagstudios and well-over 2000 reviews written in seven of’em, that I still somehow haven’t convinced ya I can recognize next-level talent the moment I hear it…well…I suppose I’ve got Eiza here to speak on my behalf with her latest single “Taxi.”  Not only does it prove & confirm every fantastic word I’ve had to say about the Irish singer/songwriter to be true – but to think anyone out there would somehow have some sort of hard time hearing her superstar potential is beyond conception to me.  “Taxi” reveals that Eiza’s ready to drive the trends in music in the years to come, and lead the way for the rest out there to follow her innovative, artistic, and remarkably captivating style – she’s got absolutely everything you’d want in an artist from the look to the sound, and she’s got the material, talent, confidence, and passion guaranteed to keep you coming back, 100%.

As I’d mentioned in the last review on Murphy’s music, it was her debut single, way back when in October, when we covered “Black Hole.”  To think that, “Taxi” is just barely a stone’s throw away from that spot in her timeline, and to hear her surging with spectacular sound and next-level professionalism in this second single…I mean, it’s just freakin’ awesome isn’t it?  Eiza Murphy isn’t just scoring decent point in her breakout year – she’s already showing the hallmarks of an artist that was born to entertain, and she is more than off to just another great start out there in the music-universe – she is THRIVING.

With a slick, deadly, melodic, and curious mix of sensory sound that uses the quiet/loud dynamic of its structure to its full advantage, “Taxi” radiates a similarly shifting moodiness & mesmerizing style akin to Lana Del Rey…maybe just a touch more sweetness in Eiza’s vocals, but no less of a mix of mischief & fun when it comes to the lyricism.  Ultimately, it’s just as amazing to hear Murphy in such command of every moment she’s on the microphone on this second release as it was the first time around – no matter how you slice it, it’s still so very early on into her career, and hearing just how far ahead of the rest she already IS, will freakin’ blow your mind, I can promise ya that.  Listening to the incredible technique and instincts she sings with on “Taxi,” and the remarkably enchanting & creative way this whole single & its melody are designed…quite honestly, it’s beyond words.  She’s light-years ahead of where any artist would typically be at this point in time in their career – feel free to quote me on that.  Quote me on this too – somewhere in less than five years from now, I’d bet the entire world is gonna know Eiza’s name.

The regular readers of these pages of ours know I LIKE to be positive when the opportunity presents itself – which of course it doesn’t always; but Murphy gives me literally no other choice when writing about her music and the talent she possesses.  I think “Taxi” is another absolute knockout of a song; it’s uniquely compelling, it’s genuinely interesting, it’s unapologetically catchy, and it’s another single that puts her X-factor straight into the center of the spotlight where it belongs.  For myself personally, Eiza is easily right up there with the best of the best of the female-led wave of amazing music that’s been coming out lately…artists like PRINS and Trynket with slightly similar vibes, and songwriting as clever as Annie DiRusso, or the Ashley Dudukovich-led band Chasing Jonah.  That’s more than good company to be keeping – all of these names, including Murphy’s, are the ones that we’ll all be turning up loud’n’proud in the future to follow, mark my words and make some room on your playlists.  I’m no prophet – I just know amazing when I hear it – and Eiza Murphy is living embodiment & literal definition.  If I had advice to offer…if there was something I could recommend her changing…all I can say is that you know I’d tell ya if it existed – the facts are, she’s given me nothing remotely to complain about.  That in itself should tell ya something folks…especially this early on into her music-career…if she’s THIS incredible already…honestly, who on earth knows just how far she’ll be able to take her talents & tunes around the globe?  She’s firing at an all-star level without question…you can’t advise an artist like this with all the right instincts and the confidence, passion, integrity, and skills to perform her material like a veteran that’s been on the scene for years already – “Taxi” leaves us all with zero doubt about the true power and scope of her potential.

Find out more about Eiza Murphy at her Facebook page here:  https://www.facebook.com/eizamurphy