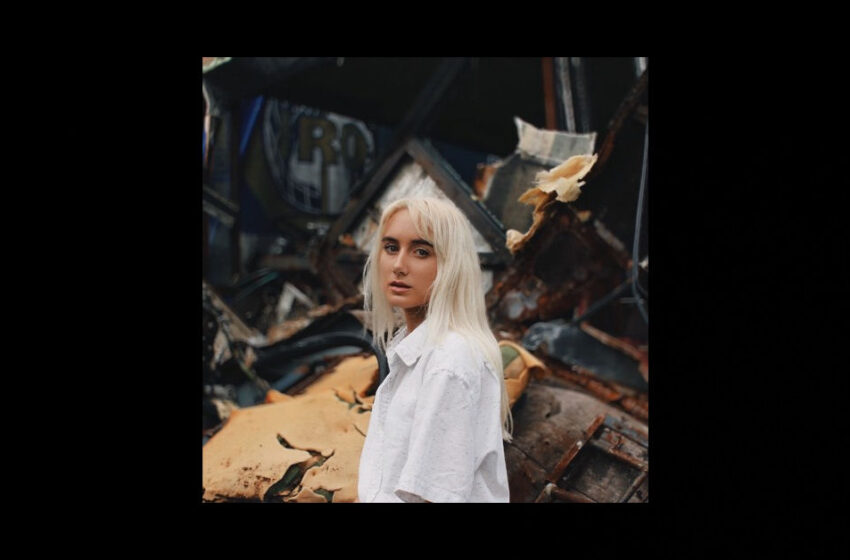 Eiza, you had me at hello.

Every so often, that rare artist comes along that truly stands out like the proverbial diamond in the rough – and I fully believe that’s what you’re in store for when you experience what artist Eiza Murphy drops online with her new single “Black Hole” about a week from now on October 15th.  It’s her DEBUT – and it’s freakin’ marvelous – and we’ll get to all that good stuff in a moment or two here; I’ll give you dozens of reasons to check out her new song, but let me tell ya what little I know about her so far & pass on what I can to ya first.

According to the legend of the internet, she’s originally from Cork, Ireland.  I’ve absolutely always wanted to go to Ireland…and I’ve still never been; one of these days I suppose, but suffice it to say, it’s probably not the best time to be buying tickets for travel anywhere right now.  Anyhow – Eiza moved on over to New York, where she rocked her way through learning Logic Pro at the Dubspot School Of Electronic Music, moved back to London, went on to conquer all kinds of international venues all over the map, has been featured on radio airwaves & social-media sites…this list of achievements & accomplishments could justifiably go on & on I’m sure, but you get the point.  She’s put her heart into this, she’s set her mind to it, she’s educated herself and certainly has the natural talent for all-things-music – and keep in mind, this is the impression you get long BEFORE her debut has even rolled out officially onto the internet yet!  Stellar!

And so here we are…we’re mere days away from the official release of “Black Hole” and the beginning of the next exciting chapter of Eiza’s story to come as a career musician.  Because let me tell ya folks…there are great songs out there in this world…there are plenty of great artists & bands too…but every so often you see that rare combination of talent & passion that implies a massive future of success up ahead.

Basically what I’m telling you…what I’m telling Eiza as well quite frankly…is that once October 15th comes around, everything changes…because there’s no going back from here.  Don’t get me wrong – no one’s keeping her captive in a basement somewhere forcing her to make music from here on in until the year 2080, she’s as free to walk away at any point in time of her career as anyone would be – I’m just saying, if my assumptions are correct, the enthusiasm, buzz, and support for “Black Hole” would make any artist want to commit to this career for life.  People are going to LOVE what they hear in this single…that includes critics, fans, music-reviewers like me, and likely your friendly neighbors Daniel & Kim as well – there’s literally nothing not to appreciate about a debut as strong as this one is.  Eiza Murphy’s got something special goin’ on – and believe me when I say, she’ll prove it to you from the moment you push play; audio OR video – I’ll even let you choose…one way or the other, she’ll gain your full approval instantaneously.

For real though…you know I play it straight with you all out there & tell ya how I feel…and I wasn’t lyin’ to ya when I said she had me at hello right at the very start of this review.  In fact, I’d be willing to bet this enchanting artist will have the exact same effect on YOU – just you wait until October 15th and you’ll know every word I’ve said here is 100% true and factual – she’s a true star in the making.  Within ten seconds of “Black Hole,” you can already hear the stunning emotion in her voice & the potential it has to genuinely wow us with endearing sincerity – and even in those first moments where she starts to hum along with the melody, you instantly feel the mood & vibe of this song plunge straight into the depths of your heart.  Alongside the beautifully melancholy piano surrounding her, the transition she makes around the thirty second mark is beyond magnificent – it’s complete confirmation of the magic she’s capable of and the extraordinary songwriting that goes into a tune like “Black Hole.”  The recipe is solid as it gets here…it’s hook-upon-hook-upon-hook…Eiza dazzles and shines through the despair of emotions on display throughout “Black Hole,” taking you on a sensory journey that radiates thought-provoking lyricism & music that powerfully resonates at the core of your soul the entire way through.  I mean…you can call it a pre-chorus if you want…if you ask me, she’s working with an incredible melody & mood to set the aura & atmosphere of the verses, and then Murphy’s basically got herself TWO full-on incredible choruses – that’s right, plural, to follow afterwards.  And it all just hits the mark, relentlessly; moment for moment, she transitions through this song with such grace & professionalism that, even in knowing this is her DEBUT, an experience as strong as this is every indication she’s already ready for the next level to come.  And so yes…like I’ve said…everything changes on October 15th – that’s when Eiza Murphy officially steps into the spotlight irreversibly…because once the world has got her, they’re never gonna want to give her back.  It’s one of those nice problems to have when making music is what your goal really is…Eiza’s put in the work, she’s got incredible focus and a fantastic voice, and if “Black Hole” is any indication, she’s got a serious date with stardom, all around the globe.  No joke – the world over loves a singer with the raw, bold emotion and authentic sincerity that Eiza has – you can literally hear the unbreakable spirit & strength of the connection between her soul & the music on “Black Hole.”

Bet on her to succeed & go the distance?  I’d double-down on that in a heartbeat.  I’ve seen the video, heard the song, and I’ve politely made my way onto the bandwagon to find a permanent seat & show my support.  Eiza Murphy’s got something truly special for ya on October 15th with her single “Black Hole” that reveals she’s already miles ahead of the rest – mark my words & mark your calendars folks.

We’ve been finding some absolutely AMAZING music here lately – Eiza Murphy included in that, 100%, without question.  Find out more about her at her official page at Facebook:  https://www.facebook.com/Eiza-Murphy-345138728966852