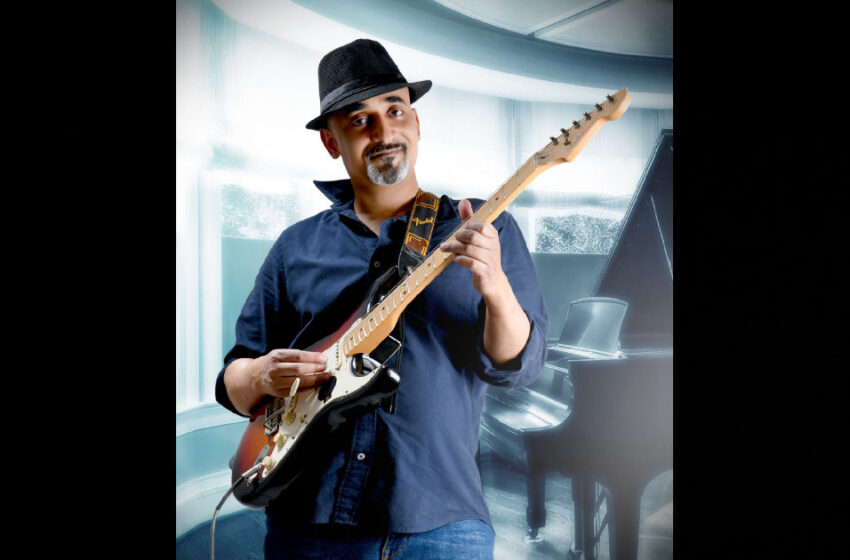 Well now…it’s been more than a minute or two since we’ve had Doc Jazz up on our pages, has it not?  I remember this quirky cat from back in 2017 when we reviewed a track he had circulatin’ called “It Takes Love” featuring Toy Matthews…heck – that’s nearly six years ago now Doc!  Time flies, just like they say it does I tell ya…but as always, you know I like getting more of the story & it’s great to have the strange characters we love from out yonder on the internet wander in & out of our lives…truly, it’s actually neat.

It’s probably fair to say that the world itself has changed a lot in between when I was last listening to the good doctor and now…I mean…the whole planet’s being held together with duct tape at this point more or less.  While some things make monumental changes, of course others stay relatively the same too.  I like the fact that Doc Jazz is still bringing the level of skill and musicianship that we remember to his music, and clearly, the man is still doin’ what he loves to do.  He might have been away from our corner of the internet for a while, but that far from implies that he hasn’t been active.  From what I can tell, he’s actually released all kinds of tunes onto the net since we last checked in on him…singles like “Say It,” “How Does It Feel,” “Twenty Twenty” and “That Melody” have all done really well for this artist online as far as I can see – and he even squeezed in a cover of “Imagine” by John Lennon throughout the past several years as well.  There’s still lots goin’ on in the world of Doc Jazz – and I salute him for that.  Lord knows it ain’t all that easy to keep anything going for long these days, and I’m glad he’s still rockin’ in the free world after all these years have gone by.  Dude’s committed, and that’s always awesome.

As to whether or not I’m personally lovin’ “Friendzone,” or whether it’s going to fly with the people out there…that might be a different story if I’m being honest with ya.  I think Doc’s potentially set himself up for a bit of a battle in the court of public opinion this time around…though to be truthful, from the way the numbers appear since the day of its release less than a week ago & this song taking in more than a thousand hits, clicks, and views per day on YouTube alone…maybe I’m the one that doesn’t have the right take on what I’m hearing in this single.  Don’t get me wrong – I still found many positives…mainly found in the musicianship overall – Doc Jazz plays this new single with the passion & skill that we know the man has.  When you listen to it, you can hear the complexity in its design and how much is put into the structure of a track like “Friendzone” – all that stuff checks out and is a strong aspect of what would give this tune its unique appeal to the listeners out there tuning into it.  In a way…I’m actually a bit surprised at the response from the people flooding in to check this track out at the rate that they are.  Jazz itself is almost always a tougher sell, complex structures are usually too challenging for the masses – all that stuff tends to make for more obstacles in the way of any single reaching the audience it’s intended to to begin with, and I haven’t even addressed what I would have assumed would be the song’s main hurdle yet, which is the writing itself.  The best way I can put it, is that “Friendzone” ain’t exactly gonna be the most progressive tune you’re going to hear this year in terms of theme and its concept…honestly, I think it’s a bit of a dicey subject that is going to be more polarizing than he might be aware of.  “Friendzone” itself, has become kind of a loaded term…because it directly implies that the opposite expectations of a relationship are in play.  In fact, I’ve heard it said before in a quote out there somewhere better than I could have ever put it – “You think it’s hard to be friendzoned?  Try being fuckzoned.”  That made me think about how genuinely twisted it is to have any expectations of anyone, and I’ve never been able to hear the term “Friendzone” without considering that statement ever since.  I listen to the words of this single and personally, I find that good ol’ Doc Jazz might benefit from thinking about the situation from the other side of the coin…but maybe that’s just me.  I obviously don’t know the entire story…I can only go from what’s being written and sung…and my gut tells me that, yeah, it’s never easy to be in the proverbial “Friendzone,” but I remain very much unconvinced that it’s all that right to expect someone else should simply break down and give in to sex’n it up because of some old-school expectations.  Essentially, it’s hard for me to conceive that someone’s being used inside of the “Friendzone” – you’d only be there because you’re expecting something else to happen, and I’m not at all sure that’s exactly the right way to go about doing the whole relationship thing…that make sense?  Either you’re vibin’ with someone and it’s obvious that the next-level is on the horizon, or it just ain’t – and it’s not really up to anyone else to figure out which side of that scenario we’re on than ourselves.  Lines like “don’t ask for company, ‘cause I ain’t wasting time” – I’ll be real with ya, I don’t know if that’s gonna fly with the more progressive way the world views relationships these days; I think it’s risky, and in my opinion, I think Doc’s gotta be a bit more careful in what he’s revealing about his true intentions.

Anyhow.  Y’all can have a listen for yourselves and see what you interpret it…maybe you’ve got a completely different take on what you’ll hear, and if ya do, right on.  Polarizing ain’t a bad thing to be; it gets people talking, which is always good…it’s just a matter of whether or not something is intentionally being provocative, or if it’s sincere…and only Doc Jazz knows the true story behind “Friendzone.”  On the brighter-side of a polarizing scenario or a song that makes you think, it’s generally memorable too…like, I’m gonna remember this experience with “Friendzone” for more reasons than one, you feel me?  I’m not entirely sold on the concept…the hooks are memorable yes, but just not quite in the way that I feel like we’re going to savagely need to come back to hear again…all-in-all, it’s a bit of a mixed result for the good doctor in the context of this particular single.  Instrumentation he’s got locked down and he sings it well…it’s just a matter of whether or not the material itself is gonna move the masses, or turn them off.

Find out more about Doc Jazz from the official website at:  http://www.docjazz.com