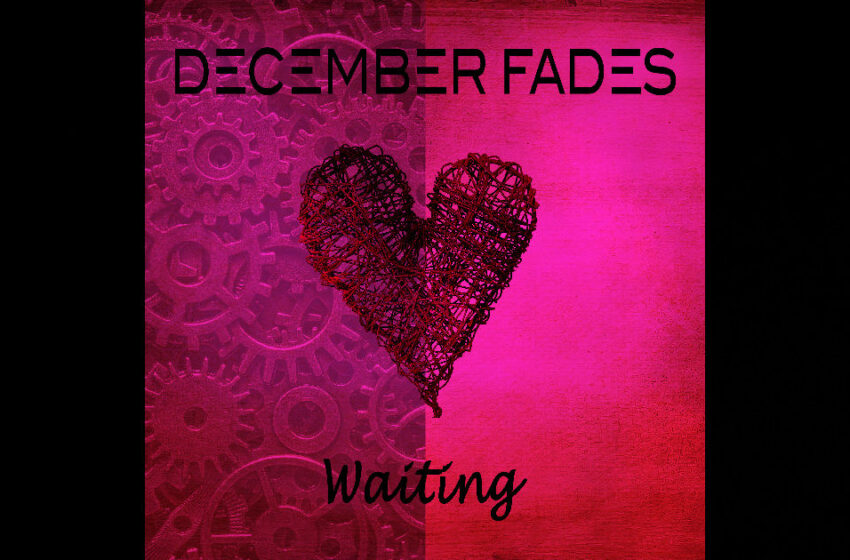 Copy that, and consider it done!  Never the thing you wanna ask me though, I tend to make it weird.

Alrighty…so…now that the to-do list is all checked off…let’s see where we’re at.  Last time out, we found ourselves listening to December Fades in October of 2021 with a stellar single called “Sunrise” that was massively impressive and highly memorable – and now we’ve got this project back in action here for April.  Do regular folks get new December Fades music actually IN December?  Is it just us?  Strikes me that December has no problem fading in every month of the year BUT December, from my experience.

Everything else seems to line up pretty tightly on the ol’ timeline.  “Waiting” was released on Valentine’s Day, and that makes perfect sense, being a love-song and all.  “Save The World” gets its official release date this Earth Day, and that makes sense too, because of the whole world-saving thing…on Earth Day.  I do not have any current information regarding the upcoming Mother’s/Father’s day events, or if December Fades has any plans to release a song in time for the celebrations of Eid Mubarak this year.  So please stop asking me OK?  December Fades will get to your holiday, when it’s your turn – be patient y’all.

All kidding aside, “Waiting” is a solid cut to be proud of, and a stellar return to the scene as the first release of the year from December Fades.  Looks like there was about a half year in between the release of “Sunrise” and “Waiting” – so…yeah…appropriate title, even if that wasn’t the main implications as to why that became the case…not only are we all “Waiting” for love to show up, but sometimes new tunes too apparently.  Anyhow.  If you’re gonna keep the people “Waiting” on that next song, make sure it sounds like “Waiting” when you come on back, will ya?  It makes things a lot easier on the listening end when y’all come back with an irresistible song that everyone’s just gonna love and I don’t have to fight with anyone on these pages of ours about something we’ll all just universally agree on, you follow me?  I’ve definitely experienced my share of tough tunes to like in this world and this ain’t one of’em – “Waiting” is further confirmation that at his most focused, Kevin is capable of creating music & writing songs that have absolutely no problem whatsoever sliding straight through your speakers and into your heart.  Awwwww!  It’s true though…”Waiting” is essentially the very definition of universally accessible – it’s the kind of song you’ll spin through once and instantly know you’ll be back for another round or two, if not adding this track permanently to your playlists forevermore, where it should justifiably find itself a home towards the top.  For myself personally…I think there’s a very good chance that I will look back on “Waiting” in about a month or so and realize that I like how it holds up even more than I did “Sunrise” – no doubt that it’s a quality cut, perfectly paced-out & precise with everything from the music to the mic.

I’ll be real with ya…there’s a very good chance that you’re never gonna hear anything less than a quality cut when it comes to the music being made by Kevin John Rogers in this December Fades project he’s been workin’ on…the man really knows his way around what’s going to capture the attention of our ears & each of the singles I’ve heard to-date have completely confirmed the dude’s got a genuine gift for the art & craft overall.  I ain’t here to poke holes in his boat…but it’s also my job to be honest too – I like what I hear on “Save The World,” but I’ve also got no doubt that for me, of the three or four tunes I know by December Fades so far, this would be towards the lower-end of my playlist personally than the others would be.  It could be that I’m not really the environmentally-conscious type…I’m not opposed to all that stuff…heck, I even think it’s fairly important…just don’t know if it’s ever going to be ‘me’ though, you know?  Life to me is all about experience, good or bad…I’m kind of like a human flight-recorder; I don’t know that the world can necessarily be saved, but I’m here for the ride, either way, to observe & report what I see, objectively & without any real bias.  If saving the world is a priority for ya, then right on – I think we should all support that altruistic lifestyle, and I know that I certainly appreciate it.  Am I gonna get out there & start saving the dolphins or proactively battling forest fires before they spark up?  Nope…not really likely at all…it’s just not what life is about for myself personally.  I like trees.  I like dolphins too.  If they both disappeared during my lifetime, that’d clearly be unfortunate and make it much harder to breathe…but I’d have to accept that as part of the experience this particular part of the timeline had to offer me, this time around.  Maybe in the next go, there’s a better outcome to be had.

I get it, I get it – seems shockingly apathetic right?  All I can do is promise you that it’s not, and smile – I do not expect anyone at all to understand the point of view that I see this world from.  What I can do is this – I promise ya that, if you wanna “Save The World,” that I’m an ally, and I’m here to help assist ya however I can…even if my perspective would be that it can’t actually be saved with all these humans riding around on it.  I admire people like our friend Kevin here that at least ponder the possibility and give it all the good ol’ college try.  I’d be more than happy to find out that I’ve been wrong all along, and that without all these plastic straws, we’re all on our way back to being the healthy planet we came into.

“Keep her spinnin’ – we could save the world.”  I’d be the last to say it’s completely impossible, even if it’s highly improbable.  It seems like a very lofty goal, but one that I can understand the importance of, and I get why it would become a priority for many people.  I don’t know that we get there without every single person being entirely onboard…but I will always admire folks like Kevin that do their best each and every day to make this planet a better place than it was the day before.  Again, we’re on the same page there – we just likely come at the concept from polar opposite sides of the issue in HOW we do it.

Above all things, the man’s got me thinkin’ – and you know I love a song that’ll help get my wheels turning.  “Save The World” does exactly that – and I really dig how much conviction & confidence you’ll find in the way it’s played & sung by Kevin as well…there’s nothing fake about what he does – he’s an artist that means what he says & says what he means – personally, I appreciate it.  I’m still gonna be more partial towards tunes like “Sunrise” or “Waiting” myself, but “Save The World” is certainly not all that far off when it comes to the final results, and no let down whatsoever when it comes to quality or content.  I think the closer anyone drifts towards something that Imagine Dragons might create one day is always going to get a lot more resistance from me…but thankfully, December Fades ain’t anywhere close to the pretentious insincerity that band brings to this music-scene we share in pursuit of that next top-ten hit via melodramatic means…at least not yet.  “Save The World” tends to teeter right on the brink in that regard…and that’s where I really come in, to help steer our hero back towards steady ground before this goes straight off the edge of the cliff into oblivion & lands on super large stacks of comfy money, devoid of meaning or substance.  Right now, December Fades is making music based around the values, ideas, and aspects of life that are important to Kevin, and hopefully equally as crucial to you as well.  We might not be on the same trip, but we’re in the same boat, and both steering forward.

Find out more about December Fades from the official website at:  https://www.decemberfades.com