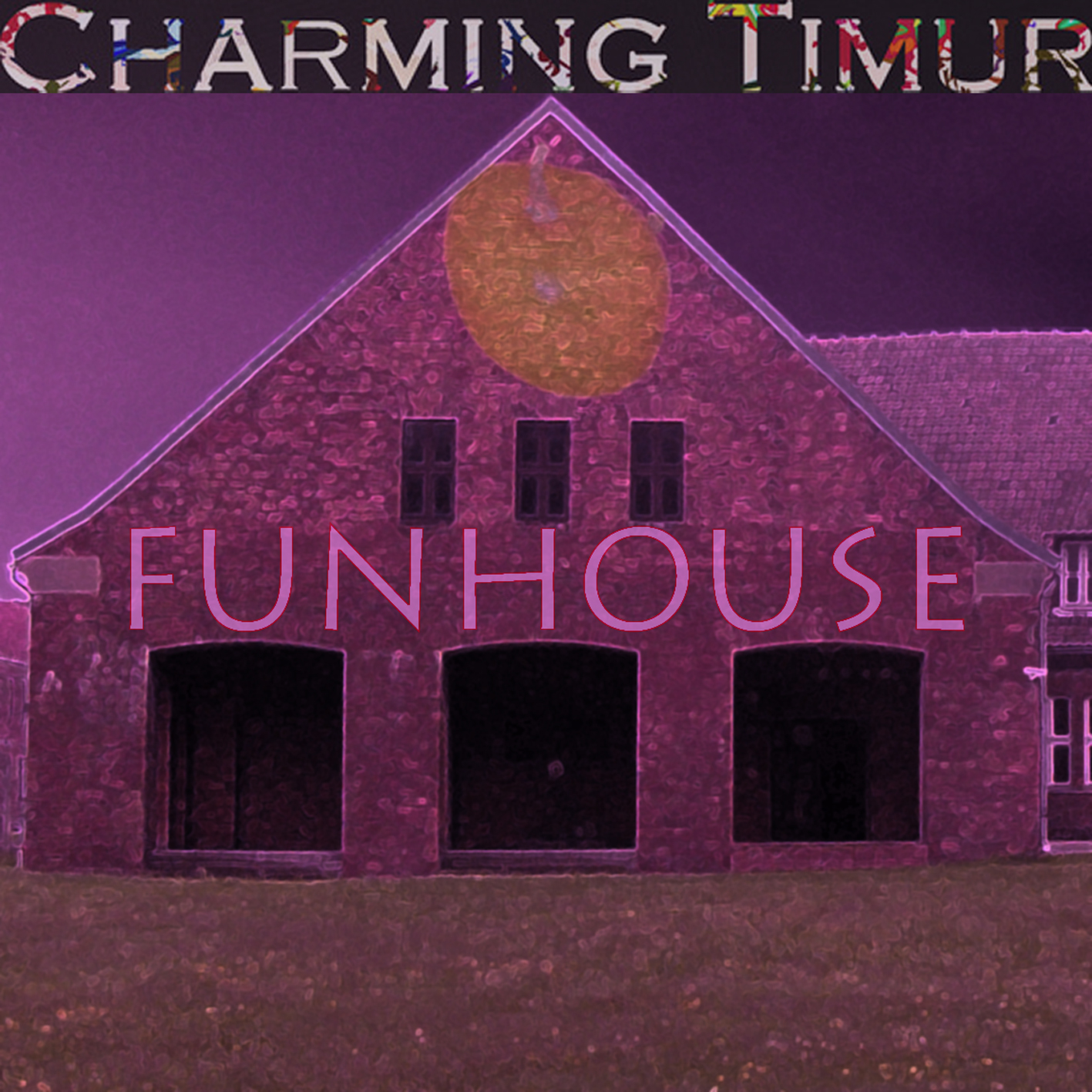 We’ve interacted with Santeri Lohi and his music-mayhem several times throughout the past couple years and have reviewed the Charming Timur albums of the past, along with a review on his side-project TwelveOfConfusion and even as a guest already on our most recent efforts in audio through the SBS Podcast With Ryan & Jer. So to say that I’m familiar with his music and with the man behind the music would be an understatement; and to say that this is potentially the worst possible time to have cracked a tooth and have a massive headache is…well…probably also an understatement to say the least… Lohi’s music in Charming Timur is often wall-to-wall with the extremities of sound at their highest of thresholds, bent on boring-into your skull with the hellbent-precision of a dentist’s drill.

Hey wait a minute…maybe this’ll work out after all…maybe his music will fix my face… Fire up the machine – let’s see what you’ve got for us all this time around Lohi!

By his own admission on the podcast episode with Charming Timur, this was not a record you should listen to. As “I Have Caught The Plague” starts out the Funhouse EP…I think I get what he meant by that now. A collage of sounds that are so gnarled, nasty and sharply-electrified you’d swear he’s constantly pulling the switch to the electric-chair and zapping people out of existence with sheer-delight. This is much more of a soundscape than traditional song-writing…and it highlights another aspect of what Lohi himself is interested in and into musically, as well as give him an entirely new-challenge to work on as he rounds-out his skillset. At the helm for the mix, production, ideas & etc for all-things Charming Timur…at the very least, you can always say this is a guy that is always reaching out there (Well, okay…WAY out there…) to try new things and really push himself creatively. And I dig that.

What I also dig…is that after being subjected to like, three or four albums/singles of Christmas music before we even hit November this year…is that the Funhouse EP sounds like it was stripped straight out of Halloween – so take THAT xmas-music-makers! Lohi and I are here to F-up your all-too-early yuletide vibe as best we can.

So…let’s see now…where were we? Right…we had established that the first of the two-tracks, “I Have Caught The Plague” is clearly the club-hit of the summer that Kanye always wished he could write…so let’s move on to the final-cut…

You can call me crazy all you like but I really dig “Buried Standing Upside Down” – I’m a big fan of what he’s put together here and how he’s done it. First of all, I love sound-samples…especially when they sound as crazy as this one does. After a slow-droning, doom-inducing beginning that sounds really dark chaotic, destructive and explosive…the entire song breaks to reveal the protocols for what happens in the emergency broadcast during the event of a nuclear attack…and it all happens just as suddenly in the song, just as it would if it were to happen in real life. Spelling out imminent-doom in its Speak-N-Spell-style, the voice encourages you to quickly seek shelter at first before returning to warn specific locations they’re about to be hit. And then silence. Long silence. And I love that he even got ME and I totally thought this whole track was over only to find the voice comes back one more time at its very end…that’s how long he let it run for! Or maybe Lohi was already in his fallout-shelter by then under the safety of his tin-foil hat, making new bizarre music-creations in his underground bunker while the world gets blown to shit…just a theory.

It’s weird, it’s creepy…it’s made for people that don’t need their music to always be point A-to-B and enjoy the other half of what music can do, which is combine with unique ideas to create art. In this case of the Funhouse EP, it’s bizarre-art…but truly, it IS art nonetheless.

Find out more about Charming Timur at the official page: http://charmingtimur.blogspot.ca/ – you’ll see that Santeri Lohi is already back at it again with a brand-new single just released called “Iron Gardener” – I’d count on him being back here at our pages pretty quickly…his creativity never seems to stop flowin’!