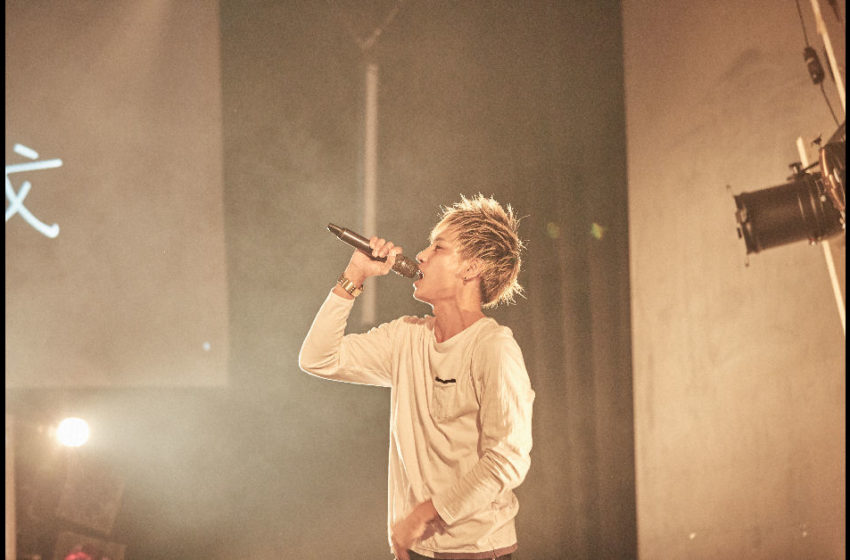 International R&B/Rap artist Yukiya Endo has been racking up thousands-upon-thousands of views & plays on his single “Deep Blue” since its official release at the end of 2019 in December last year.  There is a plethora of reasons as to why this cut has caught fire with people all around the globe – and if you had a chance to tune in to the last episode of the SBS Podcast when we played Yukiya’s “Deep Blue,” then you’ve already heard the modern-day mix of hybrid sound & style he’s working with.  A great video is one thing, but let’s not forget, the number one element that makes any song successful is the song itself of course – and when you hear the flashy & stylistically on-point, vibrant & versatile electro-beat combined with Endo’s soulful vocal tones…let’s just say it doesn’t take long at all to hear it all stacks up.  Yukiya is clearly the kind of genuine artist that doesn’t hold anything back and puts himself right into the moment…and ultimately, it’s the authentic desire & passion you can feel through his performance and see onscreen that strengthens the power of the connection in this song from the artist to his listeners. 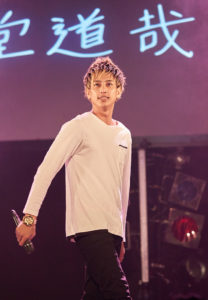 On the SBS Podcast, we filled you in on a lot of fun facts about Yukiya Endo.  From his hobbies outside of music to his shoe size, we pretty much covered it all, giving you likely more insight into this artist from Tokyo, Japan, than you probably expected!  But all this stuff…everything from the behind the scenes notes & details to what we see in the video & hear in the music…it’s all highly consistent from the quality in the end results to the sincerity in the messages, social-media posts, and vlog-style videos he’s been putting out.  You can visibly & audibly tell that music means a ton to Yukiya…I suppose that’s the point I’ve been getting at all along; I really dig how much attention to detail & effort have been put in on both the video and recording of “Deep Blue.”  Plus…I mean…you can’t really beat the storyline behind the song; if you tuned into our last episode, you heard all about it – but just in case you didn’t yet, “Deep Blue” is centered around the concept of a “love story between a being from the sea and a girl met at the aquarium. He however later discovers that she had eyes not for him but for the world extending behind the glass, and end heartbroken, his first love being also his last love.”  You gotta admit, thematically, that ain’t exactly something you stumble upon in music every day, which also helps set Endo apart from the rest and gives you a glimpse of the amount of imagination & creativity you’ll find exists within his music.

Yukiya definitely seems like a man with a bright future doing what he loves.  For real – he’s lookin’ like a serious professional very early on into his career – just look at the moves he’s bustin’ out for ya in the video for “Deep Blue!”  There are also tons of shots of beautiful scenery throughout the visuals in “Deep Blue” that continuously flow onscreen from the outdoors in the bliss of nature surrounding him on the beach to highly unique & eye-catching scenes that take place in the aquarium.  Soon enough, he’s partying it up in the VIP section of the club…you know how it is, just another day in the life of Yukiya Endo right?  I need to trade places with this guy…looks like he’s having a savage amount of fun right now & found the place where he belongs.  When it comes to the song itself, Endo proves to be a competent & versatile performer with a lot of vocal dynamics that put his range & capabilities on display for all to hear – and armed with the vibrantly colorful sound of the music & clever effects added in as the song twists & transitions along the way, there is plenty for your ears to latch onto as “Deep Blue” plays on.  The whole cut has a truly refreshing vibe, spirit, and energy flowing through it, and the catchy hooks of “Deep Blue” have a noteworthy amount of crossover appeal & repeat value.  While it may be the case that Yukiya is still just getting started in terms of the timeline of his music-career compared to where he’ll end up finishing one day far off in the future – it’s also clear he’s arrived, and that his time is now.

Find out more about Yukiya Endo at his official page at Facebook here:  https://www.facebook.com/YukiyaEndow