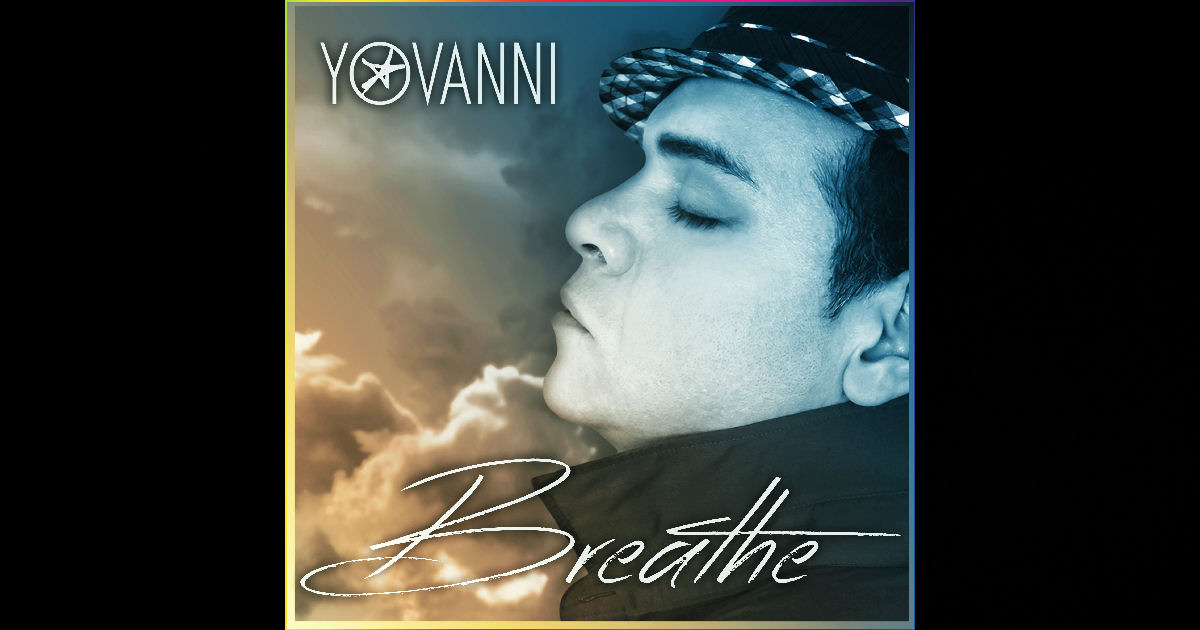 Just like in music, the space that exists within words can often be quite revealing…if you’re looking or listening closely enough…

Soulful singer YOVANNI’s got quite the story when you read it.  Arguably, you might even come to the conclusion that, had he not been fired from a job as a waiter long, long ago, that he might have never been close to homelessness, which in turn then forced him to find another way to pay the bills, which led him to the subway, where he truly started his adventures into music as a result of necessity.  And so on & so on of course…one situation leads to another in all our lives I suppose…but to me, it’s always incredible to read about an artist like this that, within a fairly short timeframe, goes from being unknown & singing in the subway to a big breakthrough on the stage during Showtime At The Apollo.

That’s cool ain’t it?  I think it is.  I’m giving you some of the details, not all of’em – so check out YOVANNI’s pages and find out more of the story…or that is, what story you can find.  Like I said at the very beginning of this review, space is always revealing.  The bio you’ll find will detail his journey throughout music from the moment the doors of opportunity began to official open for him after the Apollo show; from working with big names in the industry to playing live as a featured performer on multiple stages in places like Miami, New York City, and overseas in Europe – things clearly started heating up for him.

And then it cuts off at around 2009.  No further explanation.

I can find songs that date about five years past that online…but the story becomes a purely musical one from there through YouTube releases & whatnot.  Something’s put that space in between releases – and all my journalistic instincts tell me there’s a story in there somewhere.  Around 2014 with the release of the video for “I Want You,” the postings soon after stopped altogether, until about nine months ago in 2018 when YOVANNI posted up a clip advertising an upcoming live show.  From there, he posted up a live cut from that performance…and went back off the grid for another eight months until just this past week when posting up the lyric video for his latest single “Breathe,” and even more recently, just days ago, the preview for the upcoming official video.  Safe to say that YOVANNI is back…or at the very least, back for now…

Just sayin’ though, I want that story of what happens between 2009-2018, because there’s gotta be something there…maybe he was writing, maybe he was touring, maybe he just needed the time away to gain more perspective as an artist and take those next steps in his own creative evolution – hopefully, one day, we’ll get the rest of the details to fill in the blanks of what’s kept him away.

And of course on the bright-side, we’ve got a brand-new tune!

YOVANNI’s new single “Breathe” has a ton of crossover appeal, which could very well work out in his favor as he re-emerges in 2018 and into the new year…I could hear fans of Soul/Pop/Adult Contemporary/R&B/Indie – even Trip-Hop – there’s a really versatile sound on this single that I think could potentially reach a whole bunch of people out there.  Certainly no issues with the YOVANNI in the singing-department, that much I can tell ya – he’s got bold tones, beautiful tones, great control, and massively powerful moments that demand a lot of technique & lungs stocked full of air to pull off.  Musically, he’s got a great mix of mysterious sounds throughout the verse supporting him, which breaks open in the chorus like the clouds parting in the sky to reveal the sun; everything gets brighter from the sound to the sentiment.  For myself personally, in my opinion, I think he’s crushin’ it on these verses – I love the curious sound and how his whole performance rides that edge of Trip-Hop/Pop-Soul.  I love the way he shifts into the chorus and finds even bolder tones to suit the space & pace of the music by expanding the length of his notes, tones, & words as he sings.  There’s no doubt that YOVANNI adds a lot of intentional drama to the way he approaches the lyricism & vocals; but being consciously aware in the creation of both those parts in tandem lead to dynamic movements on “Breathe” that take his melody into monumental moments that a singer would absolutely love to sing.  Like you know how you always hear about how an actor reads a script and they say ‘ohhhhhh I just HAD to do this movie because it just seemed like it was written FOR me’ – we’ve all heard that kinda stuff right?  Singers would feel the same way about writing like this and an atmosphere in the music like you’ll find on “Breathe” to bring it all together…it’s like that monologue that an actor craves to deliver, but instead a song that a singer would truly love to sing.  And the reason that is quite frankly, is because singing a song like “Breathe” as boldly, controlled, and powerfully as YOVANNI does would be challenging and completely creatively compelling.

I don’t really think there’s any two-ways about it, he’s done an exceptional job of singing this tune from beginning to end…and the more I heard it, the more I really liked the song overall.  At first I’ll admit, I wasn’t sure if he might have brightened-up the chorus a bit too far from the initial murkiness of the emotion, sound, and movement of the verse…but again, the more I played “Breathe,” the more I understood how both of this song’s main parts were complementary & essential to each other.  It’d be a tough call if I had to make a choice between what I like more…whether it’s the music or the vocals; they’re both seriously exceptional aspects of the song and equally great.  “Breathe” has excellent balance in that respect and thankfully I don’t have to choose at all – I can turn this up any time I like and get a solidly slick & satisfying dose of both.  Great keyboards on this tune…love them with the acoustic guitar and solid beat…it’s honestly fairly close to something Pink Floyd-ish if you listen to the magic of the melody in the music and the distance in that space between each element & layer of the song.

And I think what I like more than perhaps anything else, even after enjoying myself thoroughly already throughout listening…is coming to the conclusion that “Breathe” might have similarities at times to something like a Floyd-meets-Daughtry kind of sound…but ultimately, I felt like this wasn’t something I heard yesterday, or the day before that, or even the day before the day before that – you get the idea.  YOVANNI is focused, invested, and interested in this song and you can hear it in the way he sings it.  I have the feeling he’s glad to be back – because it sure sounds like it; no matter how heavy the emotion can run through this track, he finds a radiant strand of hope to rebuild from – he can “Breathe” now.  One would assume, this might very well be that next breakthrough that YOVANNI’s been searching for.

Find out more about YOVANNI from his official page at Facebook here:  https://www.facebook.com/yovanni