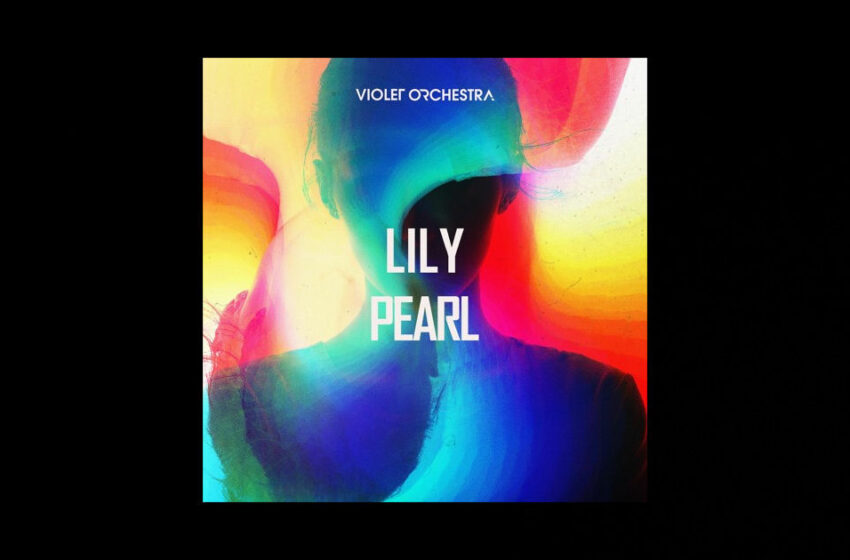 …I suppose the best place to start is to express that, even though it can often be extremely hard to say goodbye to the music we love sometimes, as long as it sprouts a new avenue, project, or band…then it’s kind of tough to complain, ain’t it?  You’ll likely remember one-half of the duo of Violet Orchestra from his many appearances throughout our history & pages here, Spiros Maus, the incredible producer once in Armada Named Sound, a band I’ve always sincerely loved.  As I understand it, that project has been shelved…or rebranded to an extent…the new moniker is Violet Orchestra, featuring our hero Spiros rockin’ alongside the talents of singer/lyricist Sister Nyx.  So while I ain’t gonna lie to ya and say that saying goodbye to a band that’s made our yearly top-ten list in the past is ever gonna be easy for me – I’m also excited to welcome what’s assuredly a new project full of audio awesomeness to be explored.

Apparently I’m behind…and that should be noted.  I’m just catching up with Violet Orchestra now with this latest single, but that’s just the thing – it’s the latest one; there’s actually already a full debut record out there called Electric Eden, which came out last year.  I found the title of the record interesting as I was listening to the new song & doin’ my usual internet research along with it…there’d be no other band that comes to my mind more in comparison to what you’ll hear on “Lily Pearl” than that of Hooverphonic, a band of which, has written, a song called “Eden” in the past as well.  Just in case you need that little bit of trivia one day to earn yourself a free pint at the bar.  You’re welcome.

Of course, it could all be coincidence for sure.  I don’t necessarily surround myself with a whole bunch of music-savvy people, so I don’t always know what the majority of people actually do know about what’s out there, but suffice it to say I run into about three folks every seven years that know who Hooverphonic even is…so chances are, yes, it’s coincidence that you’ll hear similarities between what they’ve done in the past and what you’ll hear now in the present on “Lily Pearl” by Violet Orchestra.  I haven’t checked on what I used to write about the old ANS sound, perhaps I made similar comparisons in that sense, but in either case, it’d be a valid insight on what you can expect.  Arguably, Violet Orchestra is embracing that spirited, artistic, colorful, and theatrically-inclined sound much more here on “Lily Pearl” than we’ve heard in the past music of Spiros Maus – and if that seems like your jam, you’ll be happy to know you’re not too far away from the official release of this new single on November 2nd.

For myself personally, a couple things can be true, and you know I always tell ya how I really feel.  One thing being…it was always the less theatrical cuts in the versatile catalog of Hooverphonic that caught my ears – so perhaps in that sense, “Lily Pearl” might be more for you than it is for me.  The second thing counts for quite a bit though, which is the execution & the artistic integrity you’ll find in this single.  As I’ve often said, I’ll listen to the best of the best in any genre, category, or style – and “Lily Pearl” is somewhat proof of that; it’s definitely right on the fringe of a lot of what I listen to in my own daily life, so much so that it’s quite easy to find myself fully onboard with a lot of what’s goin’ down on this tune.  I think if anything, it’s a real case of give me the verse and give me all the parts surrounding the chorus; as for the main hooks, I’m not opposed to them…I don’t know if they’re ultimately a tenth as strong as the allure is in the rest of the song, but I will certainly concede they’re perfectly executed and highly memorable at the same time.  In the context of the song that Violet Orchestra set out to create with “Lily Pearl” and making this about “a celebration of girls being themselves, whatever that might be: fierce, joyful, loud, wild, adventurous, strong” – you have to give them bonus points for finding solid vibes that bring these core themes in both the verse & chorus shining to the surface without question.  Also to be noted is that Sister Nyx is a microphone slayer & true professional; she’s remarkably enchanting & mysteriously melodic in the way she sings the verses, and she brings colorfully expressive, fun-loving, playful energy to the chorus – you couldn’t ask more from the performance she puts in, nor could you from the steady hand of Spiros when it comes to the depth in the music & production.  The pair combined together, are an undeniable complement to each other.  So you see what I’m sayin’ here…overall it’s just a matter of personal taste & opinions & all that good debate back & forth stuff over which part you like or love most – and that’s never a bad thing when a song is capable of generating discussion like this one potentially could.  Some people out there are going to instantly fall in love with the gentle & warm vibes beaming out of the chorus and those main hooks will be what keeps’em comin’ back time & again – for others, they might hear what I’m hearing and feel like it was the verses & execution from Sister & Spiros that made all the difference – or better still, made you just eat the whole track up from start to finish & love it all equally.  Don’t be shy, you’re allowed to do that too and no one out there, including myself, would blame ya for feeling that way.  Violet Orchestra is definitely tapping their way into something special – that much is radiantly clear after listening to ambitious, imaginative, and dreamy sounds of “Lily Pearl” – there’s no doubt I’d be stoked to check out what they come up with next after hearing this single.  I might be late to their party with Violet Orchestra already having a full record out there in the world, but they’ve blissfully opened the gateway into their music with the strengths I can hear in a song like this, and shared between this talented duo.

Make sure to check it out for yourself and pre-save it up by clicking on this magical multilink to Violet Orchestra’s “Lily Pearl” right here:  https://distrokid.com/hyperfollow/violetorchestra/lily-pearl

Find out more about Violet Orchestra from their main website at:  http://www.violetorchestra.com