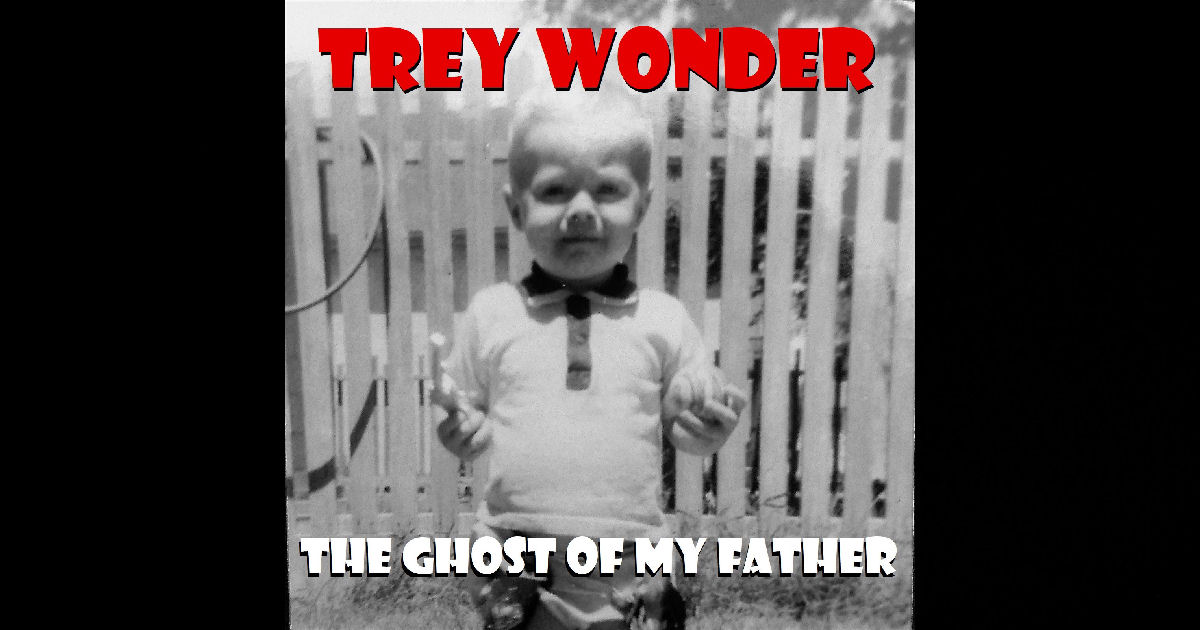 As I’ve often said, videos can be about many, many things beyond the music…sometimes they can be a straight-up window right into the soul of an artist, whether or not it’s even intentional.  Sure you can do major plotline movie-like things…but quite often, you’re not gonna find the real heart of the artist or band inside of a concept so much as you’ll see it onscreen when they’re just being their own genuine selves in their own comfort zone.  You’ll get all kinds of heart from Trey Wonder in this new video – from the shots of his gorgeous family, to the clear fact that he’ll be responsible for everything from the music to the microphone right there in front of ya as he plays every instrument on his new single “Building Up” – and beyond all that into the more nuanced details you’ll find in the background that’ll speak volumes on behalf of what Trey is really all about & what’s important to him as an artist & personally as well.

The jack of all trades approach can be a tough go for anyone out there…you really gotta eat, sleep, & breathe music to be able to pull off every single duty for your music in front of & behind the studio boards – and the video will show you visibly the sincerity, passion, and reasons that drive Trey to put everything he’s got into everything he does.  Look at subtle clues like the rotation of shirt logos you’ll find featuring music like The Misfits, Nirvana, and Circle Jerks in the mix – that alone right there will tell ya something about the man’s level of knowledge & SMARTS when it comes to his own musical influences and where he’s at somewhat with this playful take on the Alt-Grunge/Pop style in the sound of “Building Up.”  You can also see from the background in behind him that Trey is loaded with rad instruments already…you’ll see wicked looking guitars, a stylin’ ukulele, drums, bass, and the beginnings of a home-studio setup that’s already got him well on the way to be doing what he loves full-time.  That being said, you’ll also see at the end of “Building Up” that Trey is currently on the campaign trail to upgrade as well with the proceeds from the purchases of his latest record The Ghost Of My Father – so it’s clear that the man has got plans, his head is in the game, and he’s focused on getting himself, his music, and his family exactly where he knows he’s capable of when it comes to his music, life, & career.

Awesome side-note, I’ve got the exact same drum set as his kid in the video for “Building Up” – except Trey’s daughter has the full set with the kick-drum even!  Not even kidding around here – I’m jealous.

I’ll say this…I think the man is remarkably inspiring and can certainly hold his own in every department.  You know it’s not phoned-in or sampled, because you can see him involved and playing everything in the mix at different points along the way…Trey’s the real deal when it comes to DIY and I’ve got nothing but huge love for that, cause that’s exactly what we’ve always been about here at SBS from day one to now.  He’ll get new equipment, he’ll write new songs, and he’ll continue to evolve – Trey’s the kind of artist I’d be willing to bet can’t sit still for more than a couple hours without itching to get back into the studio & tinker with a few more tracks outside of his family time.  I’ve got a lot of respect for this guy after just this one experience with his material so far…he’s made an impression and a lasting impact through a decent tune and an excellent vid to support it that reveals much of the authentic man behind the music – and I’d imagine there’s a lot of people that will connect to Trey through the sight of what they see in the video for “Building Up” nearly just as much as the sound of his new single.  Certainly ain’t nothing wrong with that as long as the people are tuning in one way or the other, and he’s truly given you plenty of reasons to do both of those things here…and perhaps more importantly, get you believing with certainty that he’s the kind of highly-dedicated music-lover that’ll be around & writing new tunes for a long, long time to come.  I’m definitely looking forward to following Trey Wonder & seeing/hearing where his story & music goes from here…he’s got great energy in this single and in his own personality.

I will let you in on what I’m most excited about however…and I’m not even 100% sure it’s about “Building Up” – I kind of have to consider that it is, given that this video is all I have to go on right now.  Don’t get me wrong, the song is solid and played well…no issues there; but I’m old & grey and I’ve lived through the Alt-Grunge era…I’m happy to venture into the nostalgic feeling a track like “Building Up” provides ANY time, sign me up, I’ll be the first one in line, promise ya.  BUT…what’s got my curiosity piqued more than anything else might be the final switch in sound that comes in at 2:25, taking this song in a completely different direction & almost Weezer-esque “Sweater Song” like sound towards the end.  Or is that closer to an “Only In Dreams” vibe?  Doesn’t matter – that’s splitting hairs, let’s just say Blue-album inspired Weezer-like sound at the end of “Building Up” – which may/may-not be a whole other song…it’s harder to say in this case because it’s right when the video finishes up and the ad/outro promoting his latest records begins…so it COULD be a whole new song on The Ghost Of My Father, or it could just be one last seriously sweet reason to listen to “Building Up.”

With the fade out that occurs, I’m gonna assume it’s another song that starts at the end to give us all another short & sweet sample of what you’ll find on the new album from Trey Wonder…but I’m definitely tellin’ ya, it’s clear from that tiny audible snapshot attached right at the end of “Building Up” and the sheer diversity of sound between these two parts of this combo on his latest video, that there’s gonna be plenty worth your time on that new record of his.

Be sure to check out The Ghost Of My Father by Trey Wonder & find out more at the links below!

Tags: Building Up Music Video sleepingbagstudios The Ghost Of My Father Trey Wonder