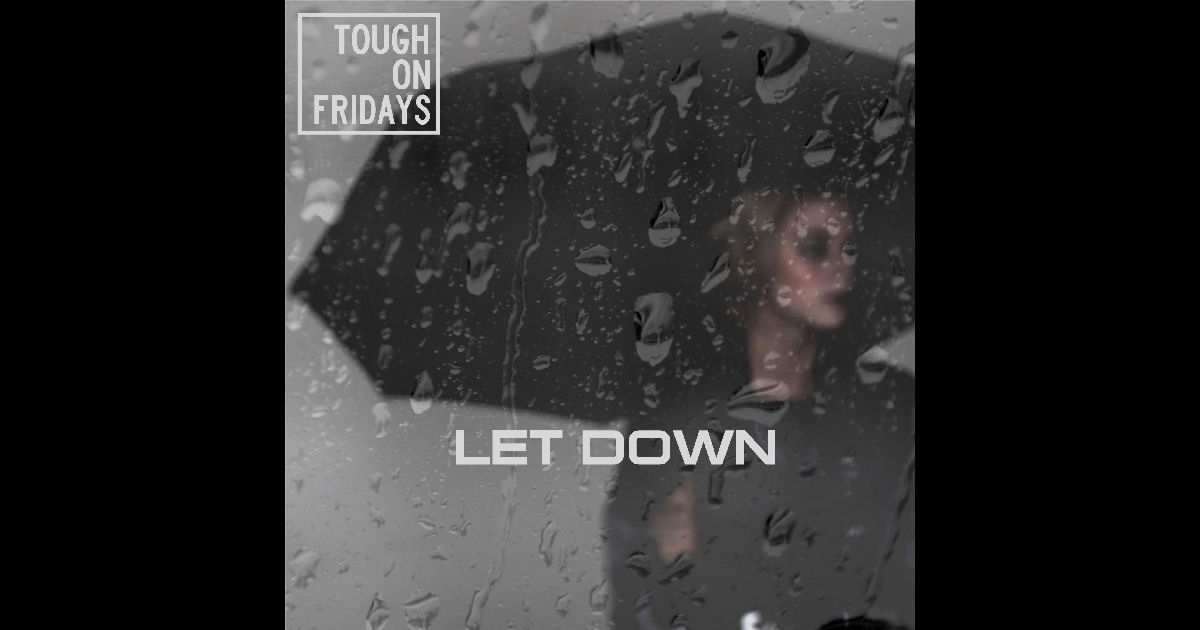 When I last wrote about the music of Tough On Fridays back in July when we reviewed their single “The Waywards” – that was my first experience with the duo from Georgetown, Texas.  I’ll fully admit that as a music-reviewer dude, I don’t always get the chance to check out the past catalog of every artist & band out there, as much as I might like to.  That being said, opportunities and free time often exist just a little bit further down the road, even in the busiest of times; I’ve since gone on to hear…I think everything this band has put out online since?  I had some initial push/pull feelings about “The Waywards” – but there was something remarkable about the way that Katie & Caleigh made music together and I was stoked to find that in multiple singles they’d released prior, there was gem after gem and audible confirmation that there was indeed, something special being formed in Tough On Fridays.

And to set the record straight on “The Waywards” before jumping into my thoughts on their latest single “Let Down” – let me just say that I’ve probably had that song stuck in my head at all hours of the day & night more than most I’ve heard this year.  I pretty much wake up with those hooks as the first thing I hear without even playing the song and quite often, that’s the alt-punk lullaby that sends me back to sleep hours & hours later.  Point being, sometimes hooks just work…doesn’t really matter what I or any of us think about whether we even do/don’t like the song in question!  When they work, they work – those ones they put into “The Waywards” definitely did, as evidenced now a month later with it still being stuck firmly at the forefront of my mind, no matter how much music I take-in in between.  At the heart of it all, that should tell you something about Tough On Fridays – they know what they’re doing.  A quick listen to their killer catalog of tunes online will truly confirm this – they’ve got great cuts out there.

“Let Down” is definitely another solid addition to their fast growing legacy.  As a listener, the most noticeable difference between this single and their last is that I could hear more of Tough On Fridays within this tune as opposed to their influences – there’s more identity here.  Does “Let Down” have the strength of the hooks that “The Waywards” did?  Maybe, maybe-not.  I’d probably argue that “Let Down” is ALL hook – singular, one extended moment of magic that really hits the mark; there is a chorus, but it’s more or less attached right to the verse in a way that makes it all flow perfectly into one experience – and I dig the way it’s come out for Tough On Fridays, I really do.  While part of me can acknowledge that they’re keeping it fairly bare-bones and straight-ahead on a musical-level in this particular cut, I think the simplicity of the structure has led them to a flawless performance and stellar results.  Each ingredient into the mix really has to count for something in a song like this – and that’s where I think you really get to the heart of what makes Tough On Fridays special…that whole not just what you play or sing but how you go about playing or singing it type-thing…you know what I mean.  There are surely bands out there that would have continued to add more complexity to an idea like this – and chances are, they’d wreck what could have been special in the process; where Tough On Fridays succeeds with “Let Down” is by nailing down every single second as hard & tight as can be done.  Great tone in the guitars, solid beat & rhythm to the flow – and even though I’m arguing on behalf of the ‘one hook’ side of the argument – you get no complaints from me if that hook really works, and this does for sure.  Excellent wall-to-wall energy in the melody, melancholy lyricism & thought-provoking imagery with an uplifting vibe running through the spirit of the music makes for great contrast that will hold up over time; to me, “Let Down” is the kind of track that’s never going to wear out and always be a welcome addition to any playlist.  Vocally, I think this is one of my favorites from the band to-date as well…the execution, tone, melody…it’s all spectacular & spot-on – somewhat to be expected from Tough On Fridays I suppose, the vocals of this band are always an incredible highlight in any of their songs and a real part of what creates their own identifiable sound.  They bend words with the perfect emotion, technique, style, and energy to suit the vibe & they’ve found a great rhythm & flow on their new single to send the lyrics surging through the music of “Let Down” – the vocal-melody driving this song is seriously addictive to listen to.

All-in-all, thumbs up from me…love the crunch in the music, love the sweetness in the vocals, love the way that Tough On Fridays continually laces “Let Down” with vibrant energy in the music and melody unapologetically on display in the spotlight at all times through their stunning vocals.  Definitely a cut I wanted to continually turn up louder & louder and another fantastic reason to listen to Tough On Fridays – if anything, “Let Down” flies by altogether too quickly, but that’s what ‘repeat’ is for right?

Find out more about Tough On Fridays at their main website here:  https://toughonfridays.com