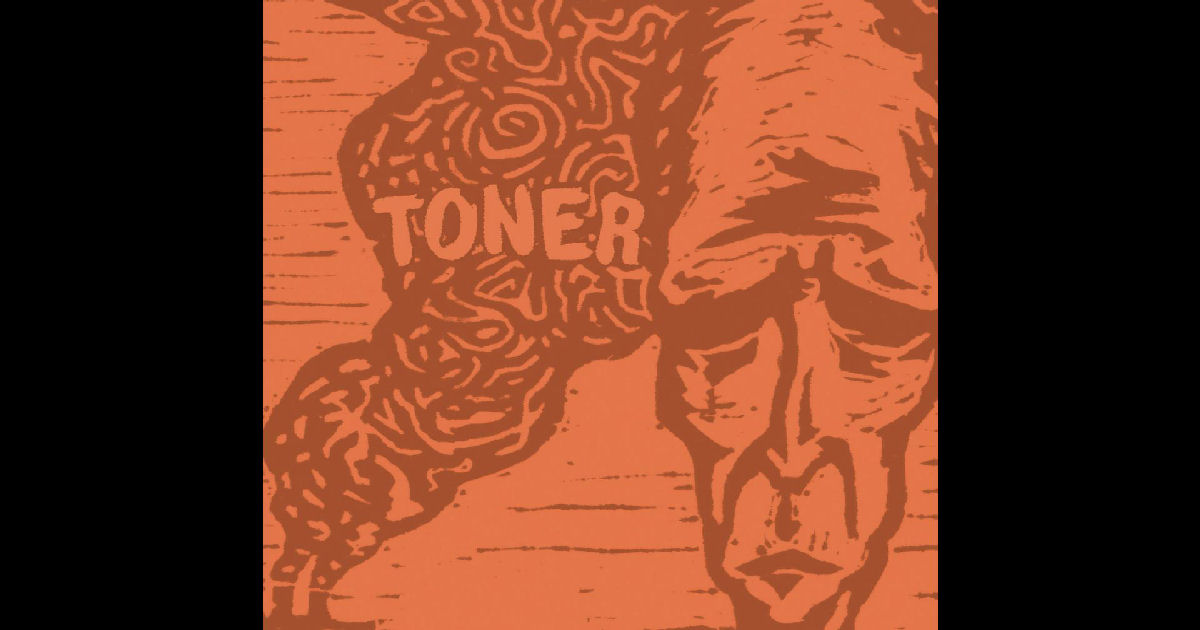 Sometimes it’s rad to get a little freedom of selection – got four tunes from the self-titled album from the best kept secret of Black River Falls, Wisconsin – Toner!

Alright…to be fair, I actually have no idea about that…they might not be any kind of secret at all over there…they’ve got a really invitational style & sound that is bound to have charmed many by now.

Anyhow!  A sample of this new record is what I’ve got for ya in review today – and while I’ve given this album several spins in consideration and could have talked about many of the tracks on their self-titled debut…in effort to simply whet your appetite and get you searching for more from Toner, I’ve meticulously combed this playlist to bring you a humble set of four that I feel represent some of their best & most focused material on the new record.  Honorable mentions include “Uncle Bill” & “Nye-Quil” – and of course “Falling Short” as well…though by comparison I felt like the latter was one of those amped-up & energetic tunes that people will easily find & latch onto themselves.  You know…a solid single-worthy rock song…*cough *cough *hint *hint.  But while Toner is certainly capable of doing the flashy rock sound really well…I found myself more attached to the heavier themes of songs like “Uncle Bill” in the early listens through the Toner album, which essentially put me in the mood & mindset that led me to finding the four I’ll be digging into in review here.  So let’s DO this “Damn You!”

“Damn You” was without a doubt one of my favorite cuts on the self-titled record from Toner.  It’d be hard for it not to appeal to you just as much – “Damn You” is like a combination of the soul you find in the Black Crowes, with the bright hooks & charm of a band like Train, and the smooth storytelling vibe from an album like Cake’s Pressure Chief.  In other words, Toner is working was an extremely inviting sound and hooks that are bound to snag you and everyone you know.  The writing is rock-solid here, the backing vocals are a brilliant addition and the bass-lines keep this song movin’ & groovin’ the whole time.  There’s an excellent amount of expression, melody and sincerity in the vocals…mixed with like…what really sounds like the consummate entertainer up-front on the mic.  At times the singer reminds me just as much as Butch Walker as he does Chris Robinson or Patrick Monahan from Train with the amount of vibrancy & flash he hints at between the lines of an impressively controlled performance on “Damn You,” shining a spotlight on that real rock spirit.  Highly memorable tune with massive amounts of widespread appeal…I think the band sounds absolutely spectacular on this cut the entire distance through it and should highly examine putting “Damn You” out there as a single for sure.

Toner makes some impressive moves as a band throughout this record of theirs.  On “Wavelengths” – I mean…get right into this tune, because there’s some seriously rad stuff happening here.  First off, obviously the intro on the way into it is awesome…that’s just a given; if I write anything that obvious you’re just going to accuse me of stuffing filler into this review.  Like a record playing real low on an old stereo at first before getting turned up to its full potential, they blast from the intro into a solid groove & reliable rhythm that sounds comforting and somewhat familiar in the sway of its tender-rock sound.  I highly recommend checking out the lyrics to this cut…even though this time I’m fairly without a concrete theory on exactly what the overall meaning would be – I was impressed by the unique way that they’re timed-out, written & performed once again.  There are some really clever elements that make this gentle groove rock with just enough punch to get noticed.  Overall I felt like “Wavelengths” was kind of one of the album’s most understated gems…they put a real twist into a classic sound here that makes it all kinds of relevant for today.  The gentle sway of the vocal rhythms and the way they brighten-up with the backing vocals throughout this song gives it a ton of appeal to the ears, the relationship between the guitars and bass is pronounced beautifully through the space in this cut as well…giving it a constantly entertaining dynamic where they seem to trade off the parts that pull you in continuously throughout “Wavelengths.”  In many ways I felt like this could have been a melody and idea that would have potentially been played much more straightforward by any other band out there…Toner seems to really put the personality into this song and make what sounds familiar all their own…there’s a magic in that.

I like that Toner keeps the fun vibe rocking at all times without having to resort to straight-up jokes or gimmicks of some kind – this is that great feeling you get from true rock’n’roll with their uplifting energy & distortion cranked goodness combined with brilliant hooks to make for a memorable experience from the studio to the stage.  Songs like “Found Object” speaks to all that on several levels.  Smartly hauling out the ukulele and pairing it with perfect guitar energy & attitude in the song, driven by the crisp snap of the beat and the smooth bass-lines running through the tune.  That ukulele works wonders to create that special something in the Toner-sauce here…it adds a ton of personality into “Found Object” and they continue to add clever threads of character into the mix through the bombastic energy of the riotous anthem of the chorus and the way they work the loud/quiet dynamic completely in their favor throughout this tune.  Back-to-back with “Wavelengths” coming just before “Found Object” – these two highlights make for one of the strongest points on the self-titled record from Toner.

I don’t think you can go through this album without recognizing the brilliant highlight at the end with “The Tree Song.”  Don’t get me wrong…I’m not usually one for ‘la-la-la’ style choruses…but when this song started up with the line, “I like trees/Birds and the bees/You and me/Jeffrey Dahmer” – and THEN launched right into the blissful ‘la-la-las’ of the chorus as if in celebration…I mean, that’s just flat-out brilliant contrast right there is what that is.  “The Tree Song” is undeniably Toner in their loosest vibe & most straightforward shot at just having pure fun on a track…I think what actually ends up being seriously surprising is just how damn good it really IS.  Certainly there’s a ton of funny lines in the lyricism on “The Tree Song” that’ll make you laugh…but if I’m being entirely honest, it’ll kind of make you marvel too at just how enjoyable this entire vibe was without feeling like it was completely a joke, because it’s not.  I mean it is, but it’s not…is this making any sense to anyone?  Read the words, listen to the words, feel the vibe in the music and recognize just how strange it is to feel as happy as you do while Toner gets all kind of bizarre & humorous through the lyrics and has you singing along with them the entire time.  Combine “The Tree Song” with just the right video to support some of the imagery in the words of this tune and you’re talking about viral potential…but just by hearing it alone, it’s guaranteed to get stuck in your head without a doubt.  It’s silly, it’s funny, it’s actually tremendously well played and completely focused on bringing out smiles & good-times for the people that really give this tune a proper listen.  As far as an ending to a record goes – I absolutely think it’s a brilliant choice; it’s still Toner at the end of the day in the sense that the music is great, played well and written tightly…but that added playfulness and amped-up antics at the end with “The Tree Song” will work wonders for the degree of impact it’ll have on listeners to set them in the mood to repeat this record all over again.

Shout-outs to Garrett, William, Travis and Shmike – they’ve provided real entertainment & a great vibe in the songs I’ve talked about, and there’s lots more left in store for you to check out on their new self-titled record.  So do that!  Find out more about Toner at their official website at:  http://tonerband.com/