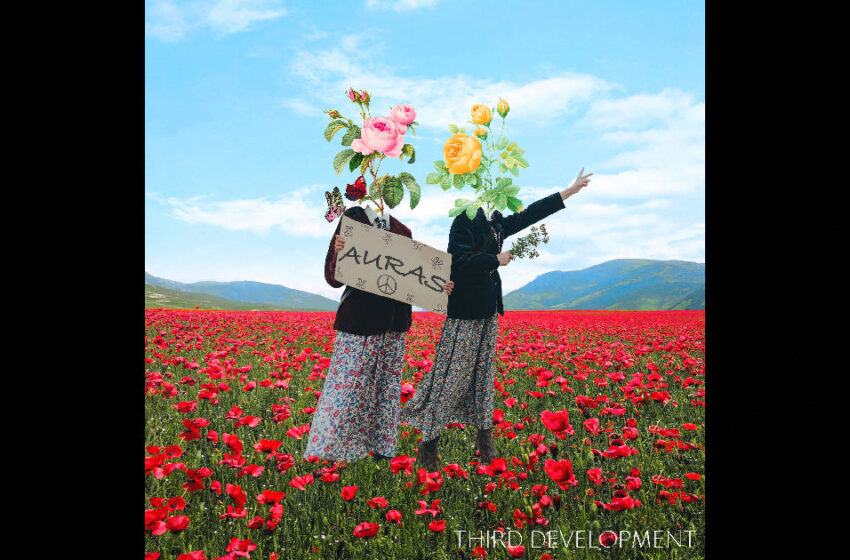 From the “Etherea” genre you say?  Whatever happened to Trip-Hop, and why on Earth wasn’t that name cool enough already Third Development?  Questions for another time I suppose…

Anyhow.  If you remember this name from our pages, that makes sense – we featured a review on their single “Echoes” as we started to wrap our minds around this Canadian-based collaborative crew that expands far beyond the country’s borders, about as far out into the world as they can get.  As a proud globalist that firmly believes in how much we’re all interconnected no matter where we live, you bet – I can completely get behind the way this band operates and fully salute them for it.  Geoffrey James has got a great thing goin’ on as the figurehead of Third Development…dude’s clearly got a vision for the kind of sound he wants to create, a mission that means something to him and hopefully to those of you out there listening as well, and a highly capable roster of talent he’s been able to pull from in order to make it all happen, which I assume continues to grow as the band itself does over time and experience.

I really love what I hear in “Auras” – this is a vivacious & vivid, single-worthy song without a doubt.  By using a smart selection of sensory sounds that incorporate serious texture through each element added in along the way, “Auras” is the kind of song you can feel head straight to your soul.  Brilliant use of the synths in this single, the production is outstanding once again, as are the featured guest-stars appearing on the mic in singer Kintsuku, and rapper Minx.  From what I understand, Kintsuku was the first singer that Third Development originally had and appears on their debut record The Thought Of Tomorrow – and “Auras” is a single that “celebrates the return of Kintsuku with an upbeat electronica style and an atmospheric world vibe.”  Since I couldn’t say it any better myself, I figured I’d pull that quote right from the official website for ya.  “Celebrates” indeed though!  The song might have a low-key cool to it overall – but make no mistake…Kintsuku is the kind of singer you don’t let go of if you can avoid it.  She’s an absolute gem and outright SPECIAL y’all…and truly, I’m in awe of the way she sings Third Development’s newest song.  “Auras” is sincerely flawless…it’s an audible master-class on what it truly sounds like when everything goes right.  Minx does a stellar job too on this track, though it’s a shorter part of “Auras.”  I think what will actually impress a lot of people is the fact they probably wouldn’t even know it’s actually a different vocalist…the sound of Minx’s voice merges perfectly into this track as she takes over from Kintsuku, and I’d imagine that without listing the credits, most folks would just assume Kintsuku is now hitting up them bars too, given that she’s capable of so many other extraordinary things as you listen.  But nope – that’s Minx you’re hearing in the rap – full credit to her being such a seamless fit, and much credit to Geoffrey as well for such an insightful pairing between them.  I’d probably tell ya that the rap verse isn’t as crucial to this cut as the rest is still…but that could just be me, and doesn’t mean I’m not still enjoying everything I hear, which I am.  It’s just a very small fraction of the song, and does also feel a bit somewhat like Third Development is searching for more diversity rather than really needing it, make sense?  Like I said…I’m not opposed to it, and I think Minx does great with the moment she gets – I guess what I’m saying is that if you’re gonna go in that direction & include her, give her a little bit more to do!  Having that rap hook come back a couple times wouldn’t have hurt and potentially made more of an impact…but to that effect, if you ask me, I’d tell ya that 3:30 is way too short for a song this spectacular.

By the time you reach the final breakdown, you’ve just tripped past the 3:10 mark…so really, “Auras” is actually even shorter than it appears.  It’s not REALLY criticism to say you want a song to be longer, is it?  I look at it this way though…as much as I personally love this single – it’s probably not bound for the airwaves or the radio stations…it’s just not that kind of mainstream vibe…or the perceived mainstream vibe anyhow, because the internet and savviest music hot-spots would certainly prove different…but you get what I mean.  If you’re flipping through your average set of dials and stations, chances are, it’d be extremely rare to find “Auras” playing, despite how much it genuinely deserves to be.  So if that’s the case, embrace the idea of some extra time I say!  Nothing needs to be packaged into that radio-friendly 3:30 length if that’s not where we’re really heading anyway, you feel me?  Of course, you don’t want to water-down the awesomeness either without being able to justify some extra length…but I have the feeling that the well never runs dry in that department when it comes to Third Development.  Giving their fans more of what they love can really only be beneficial to everyone involved in the end, whether you’re listening or you’re part of the band…we’re here for the artistic dimension of sound that Third Development is creating, and I believe we’d all support them expanding songs like this as far as they’ll go.  Maybe that’s just me!  Like I was telling ya…looking for MORE length isn’t really criticism at all, that’s actually a freakin’ compliment to the nth degree…Third Development absolutely crushes it with their new single “Auras” and I don’t think anyone would blame me for wanting MORE of what we hear.

Find out more about Third Development from their official site at:  https://thirddevelopment.com